In Georgia, an impeachment fight over healthcare reform 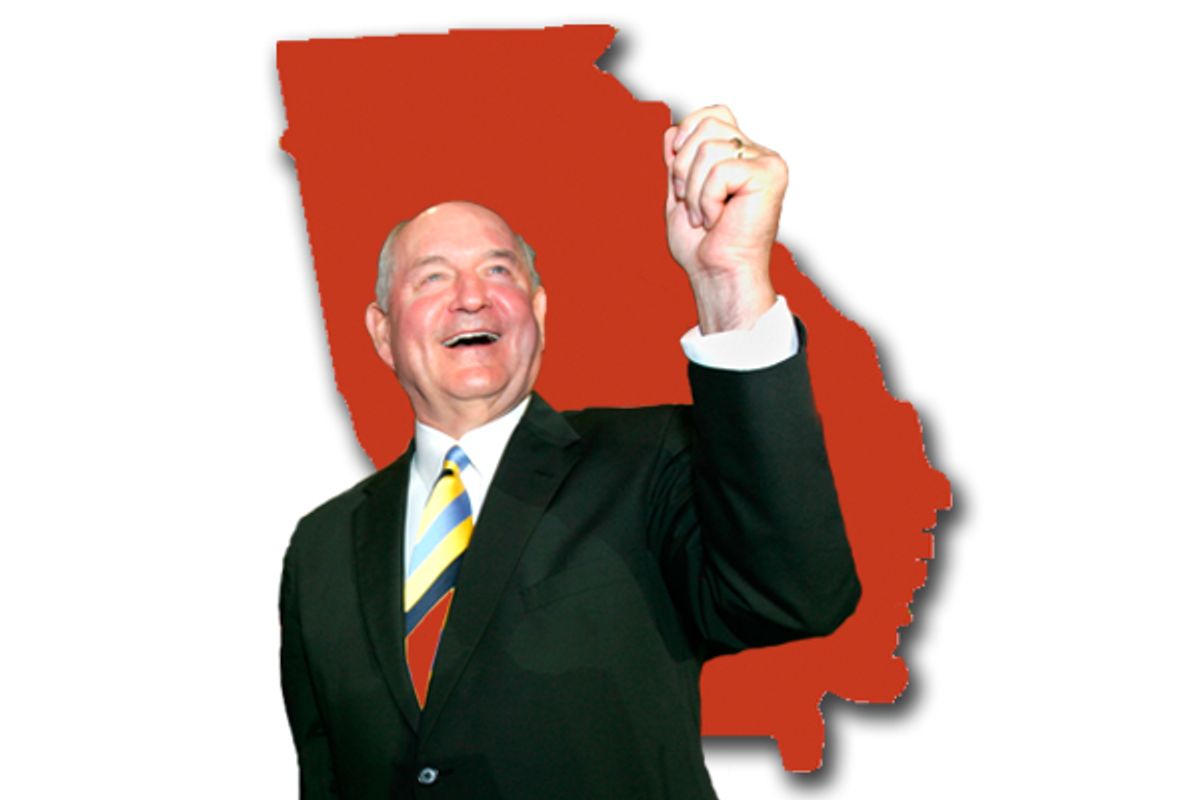 Healthcare reform has been, obviously, a very controversial issue. In Georgia, it's now even led to an effort to impeach the state's attorney general.

Republicans wanted Attorney General Thurbert Baker to join colleagues from more than a dozen other states in suing the federal government over the new law. But Baker, a Democrat who's running for governor this year, refused. (For the record, the consensus among legal scholars, even some on the right, seems to be that these suits have little chance of succeeding.)

That's led to some efforts to get around him -- incumbent Gov. Sonny Perdue, a Republican, came up with the idea of appointing a "special attorney general" to file suit instead -- and one effort to just get him out of office altogether. Today, one member of the state legislature reportedly filed articles of impeachment against Baker.