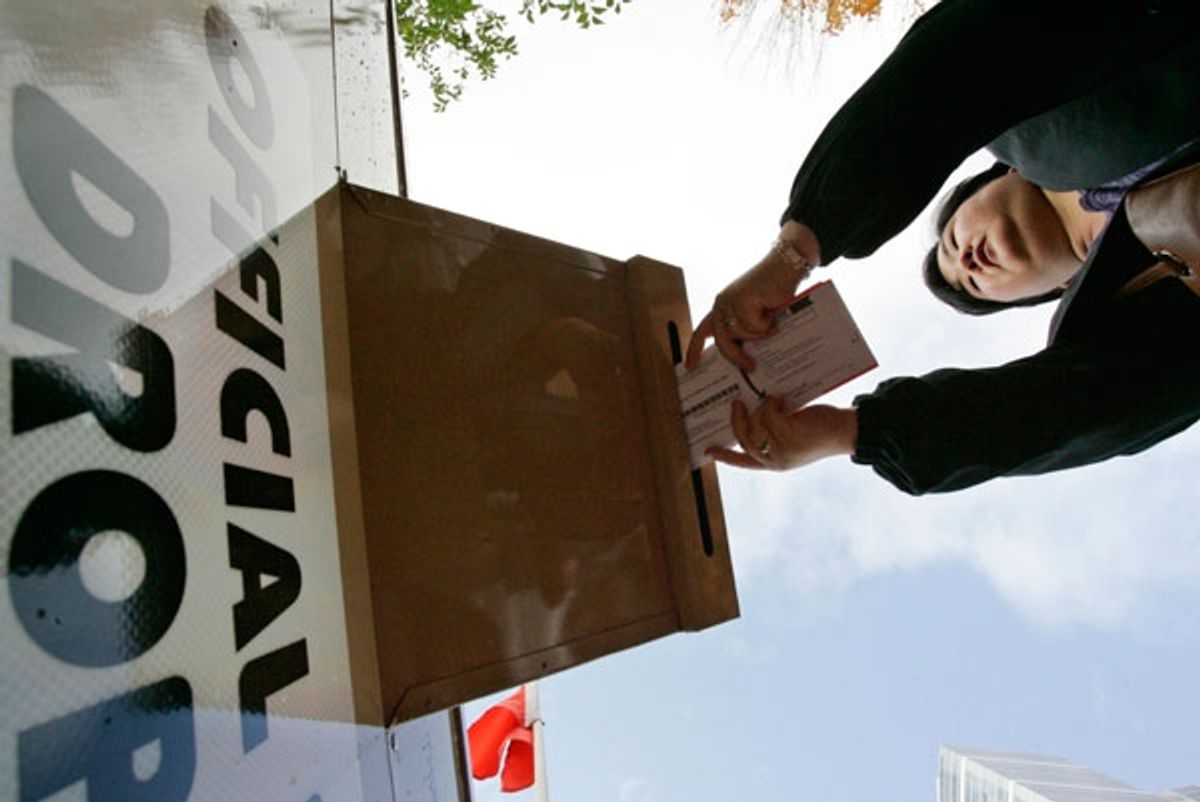 A voter drops off her election ballot at a drop box in Portland, Oregon November 4, 2008.
--

So far -- and it's early yet -- passing healthcare reform doesn't seem to have improved Democrats' chances for this fall much. A new CNN poll shows that voters on both sides are more enthusiastic about the prospect of voting this year than they were before the bill passed, but that hasn't helped the Dems much.

Even before the bill passed, there was a wide enthusiasm gap -- Republican voters are simply much more energized this year than Democrats are. And since a midterm like this one typically ends up hinging on base motivation, that's bad news for the blue team.

That said, though, here's something to consider -- and this was an argument that leading Democrats made to wavering members of Congress in the days before the healthcare vote: What would these numbers look like if reform hadn't passed?