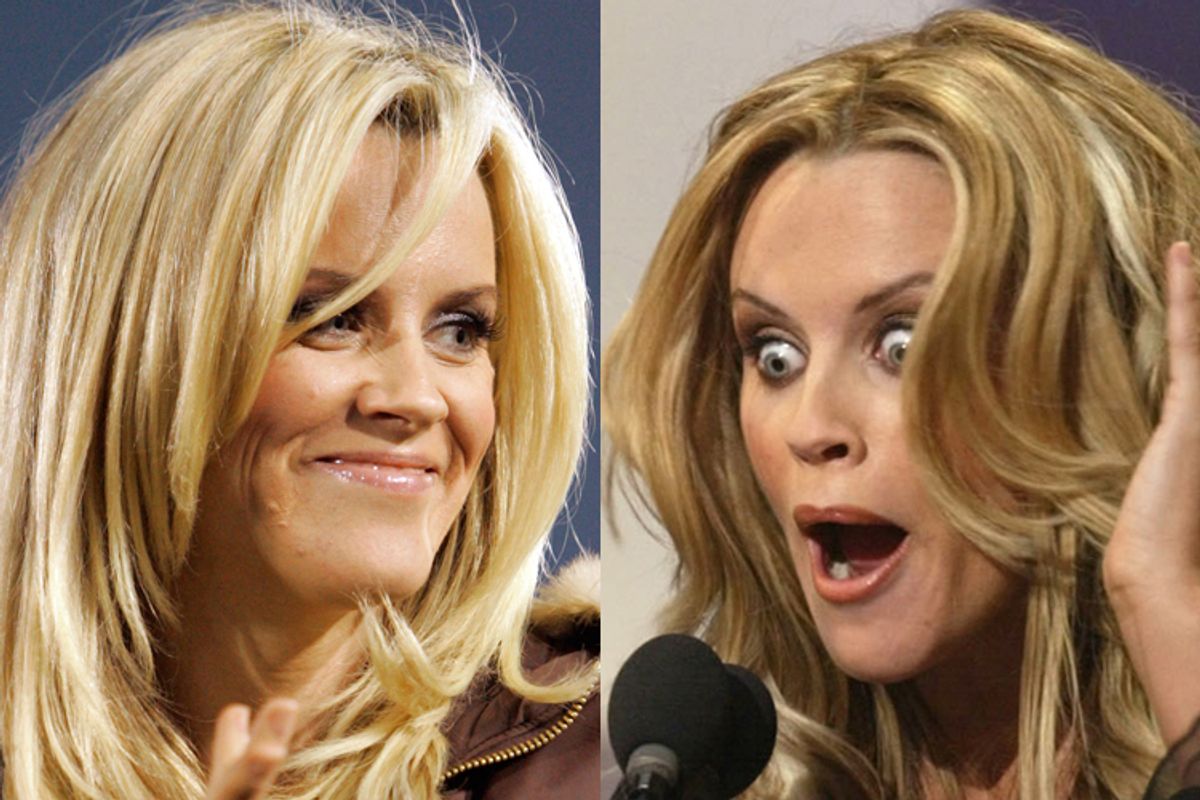 It can be hard to sort out your own opinions. Just ask Jenny McCarthy, who can't quite seem to keep her rhetoric about autism and vaccines straight, often in the span of one interview.

On the concept of vaccines:

"I think vaccines are one of the greatest things ever invented."
From Cookie, 2009

"She has backed off of her most heated rhetoric saying she is now not against all vaccines ..."
From Time, 2010

On the other hand:

"Time magazine's article on the autism debate reports that the experts are certain 'vaccines don't cause autism; they don't injure children; they are the pillar of modern public health.' I say, 'that's a lie and we're sick of it.'"
From Huffington Post, 2010 (after the 2010 Time piece)

Later in the same essay:

On whether she is "anti-vaccine":

"People have the misconception that we want to eliminate vaccines. Please understand that we are not an antivaccine group."
From Time, 2009

But then, in the same interview:

"I do believe sadly it's going to take some diseases coming back to realize that we need to change and develop vaccines that are safe. If the vaccine companies are not listening to us, it's their f___ing fault that the diseases are coming back. They're making a product that's s___."

On the false choice between infections and autism:

But measles is OK?

"If you ask a parent of an autistic child if they want the measles or the autism, we stand in line for the f___ing measles."
(That quote, again, is from the same 2009 Time interview)

On the tone of her rhetoric:

"For all her bravado, Mccarthy prefers to cast herself as a voice of moderation. She claims her goal is to move the debate toward what she sees as the middle..."
From Time, 2010

On the other hand, see above! But also:

"We get that [vaccines are] saving lives, but the increase is ridiculous, you guys. Look, it's plain and simple. It's bull (EXPLETIVE DELETED)."
From "Larry King Live," 2008

"During appearances on 'Oprah,' '20/20,' 'Good Morning America,' 'Larry King Live' and other televsion shows, she decried what she claimed was a vast and profitable conspiracy to vaccinate children, which she said was responsible for the great upsurge in autism diagnoses... she glibly and with irate dismissal of the scientific evidence accused pediatricians of poisoning children and then witholding treatments that could save them."
From Time, 2010