As fatigue for the pop icon's wackiness sets in, we ruminate on the bizarro revelations that would not surprise us 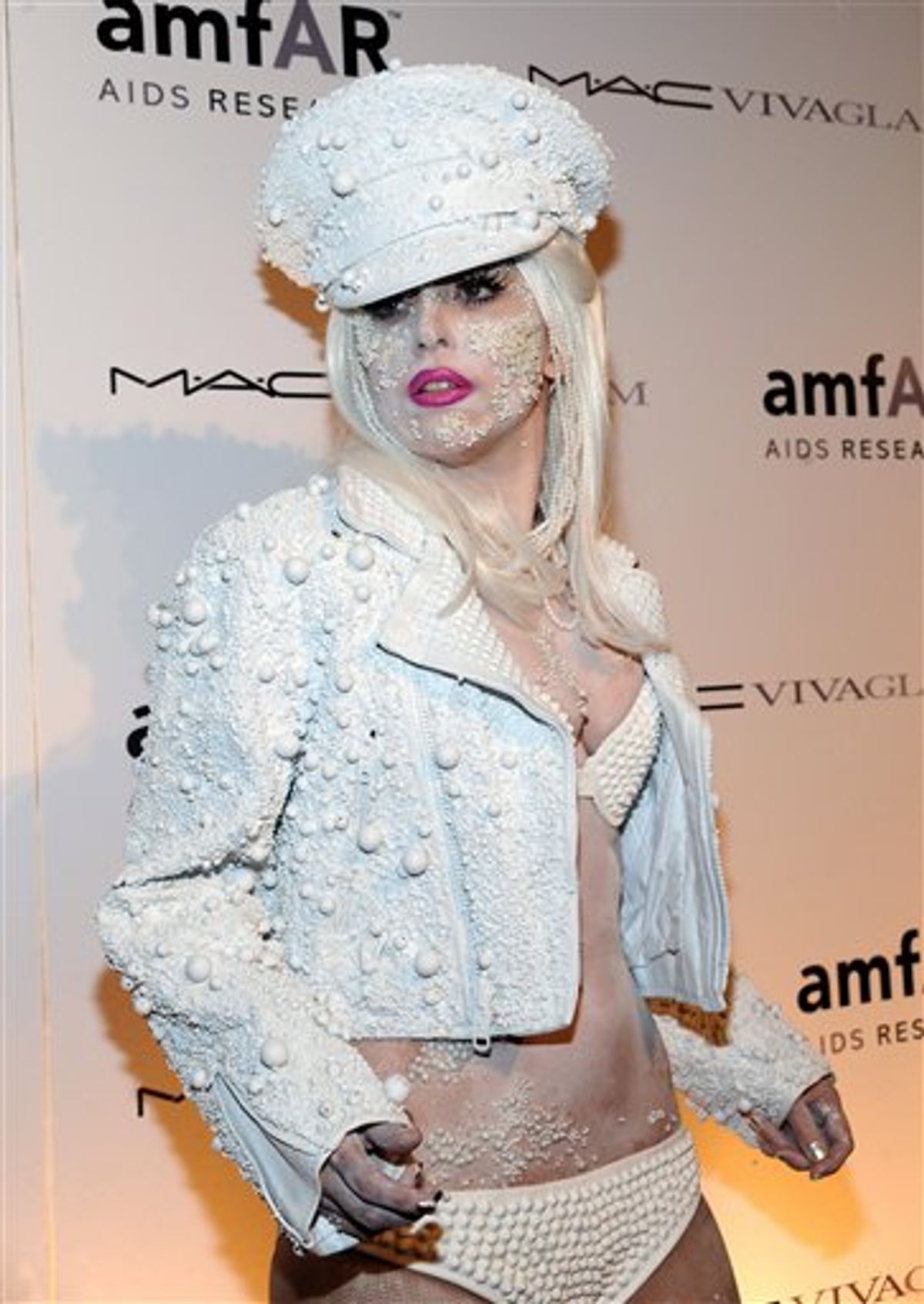 There is much to love about Lady Gaga. She's daring, she's both feminist and pop, and she's continually skating back and forth over the line between offensive and right-on. And yet, we may have entered the era of Lady Gaga Profile Fatigue.

Take, for example, Vanessa Grigoriadis' excellent profile in New York Magazine. Really, it is excellent! Yet, because it is a Lady Gaga profile, there is the inevitable retread: Gaga grew up scrappy and ambitious, she got weird and ambitious, and now she is super-weird, and ambitious, and a star. Gaga says things like, "I can actually mentally give myself an orgasm." Gaga says things like, "pop stars should not eat." And Gaga says things that are human and likable: "I've had to shout for so long because I was only given five minutes, but now I’ve got 15," for example, about her career. And Gaga says that if she wears a certain dress, her audience "will forget every sad, painful thing in their lives, and they’ll just live in my bubble world." And she's being Lady Gaga again.

As the (excellent) profile conveys, Stefani Germanotta isn't innately interesting. She's made Lady Gaga interesting, with hard work. But at this point, Gaga is so full of wacky revelations about her life that you could put basically any information about her in a profile and we'd believe it. Here's a list of Things I Would Probably Believe About Lady Gaga:

• Lady Gaga is performing a concert in a secluded location in Iceland. Several ley lines converge there, creating a spot of mystic power. On this very spot, it is said, Bjork first emerged from the earth.

• Lady Gaga is performing a concert in an underground bunker. No one will be allowed to attend. It will be available exclusively on Pay-Per-View.

• You will not pay to view this concert with money. You will pay with a lock of your hair.

• Lady Gaga and James Franco are married, and they have a baby. It is Gonzo, from the Muppets, somehow.

You begin to see what I mean. At this point, Lady Gaga's strangeness is a bit old hat. The most entrancing parts of the profile are its glimpses of a young Gaga, wearing sweatpants, eating Doritos, and watching "Sex and the City" on a friend's couch. Now that sounds bizarre.