As I child, I envied the kids who shunned leavened bread. But now I can share my recipe for sweet scrambled matzoh 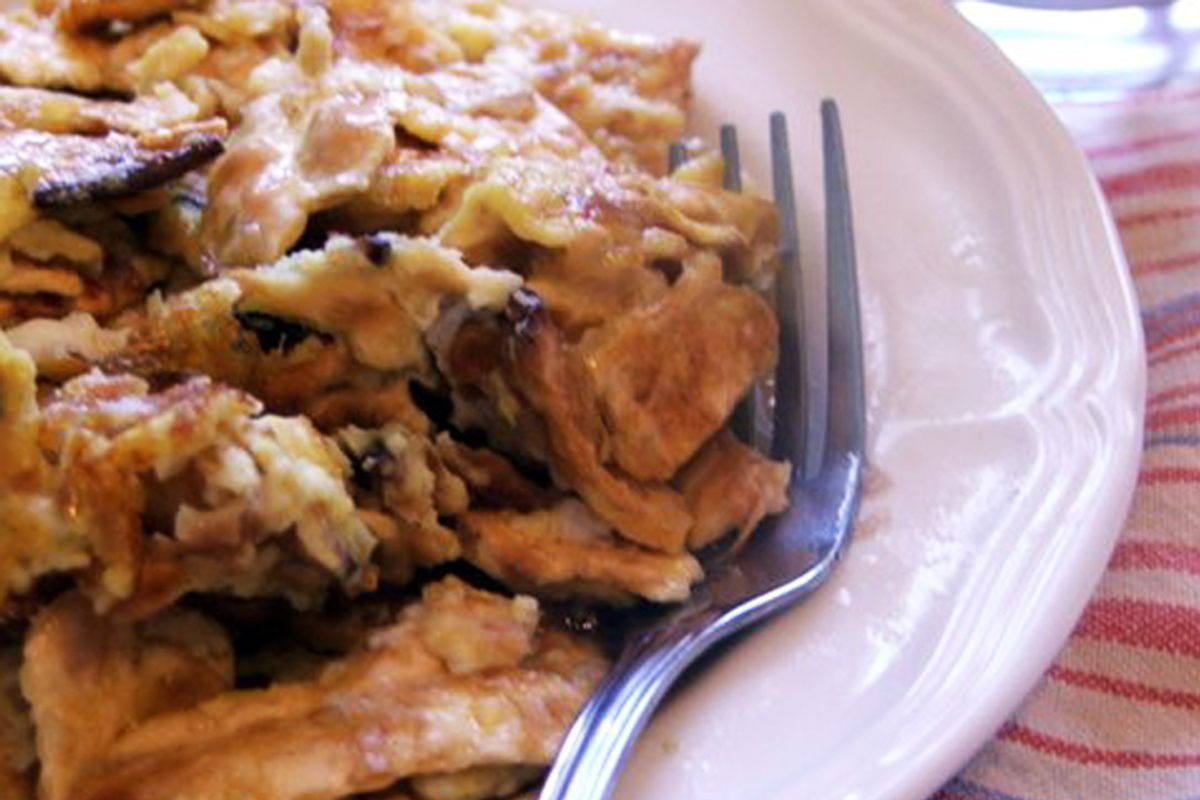 A version of this story first appeared on Sprezzatura.

During Passover, Jews eat only unleavened bread to symbolize the fact that they had to flee Egypt before their bread could rise, and so the staple and symbol of the holiday is matzoh, the flat, cracker-like squares that blossom in the grocery store aisle alongside the gefilte fish and macaroons. Well, and the bubble gum; I did see a package of bubble gum the other day that indicated that it was "kosher and suitable for consumption at Passover."

I love matzoh, and was always secretly jealous of my friend Ruthie Rome, who brought sandwiches on matzoh to school during Passover - peanut butter and jelly on matzoh, tuna salad on matzoh, egg salad on matzoh. It made her special and interesting, and implied a certain religious depth that was lacking in my own laissez-faire spiritual life. (I was also jealous of kids who got to leave school on Ash Wednesday and come back after lunch with smudges on their foreheads). I asked my mother if I could take sandwiches on matzoh in my lunch, since I was half Jewish and we did, actually, celebrate Passover in Ohio with her family. She shrugged and said that I could do that if I wanted to, but that it was really not particularly meaningful to eat matzohs only in public when I was showing off, if I then came home and ate regular bread and butter after school. Never give a sucker an even break.

We did have matzoh in our house before Passover, though, and we all ate them buttered or plain. At my grandmother's house they were graced with her chopped liver, which was to die for. (Literally. Pounds of rendered chicken fat went into every Tupperware container of chopped liver). There was also the Matzoh Brei, which my grandmother made for her "boys' who were a businessman and a surgeon. There was also plenty for her grandchildren, further proof that, despite our resolutely atheist father, we were among The Chosen People.

Matzoh Brei really is French Toast made with matzoh. There are people who make it fancy, or savoury, or flat like a frittata, and they are all doing it wrong. This is not really a matter to be discussed. You can be pretty loose about quanities, and you may substitute pan spray for butter if you really feel that you must, but I draw the line at adding onions, substituting egg beaters, or omitting the maple syrup. If you're going to do that kind of stuff, you're on your own.

Matzoh Brei for One (Starving) or Two (Not So Much)