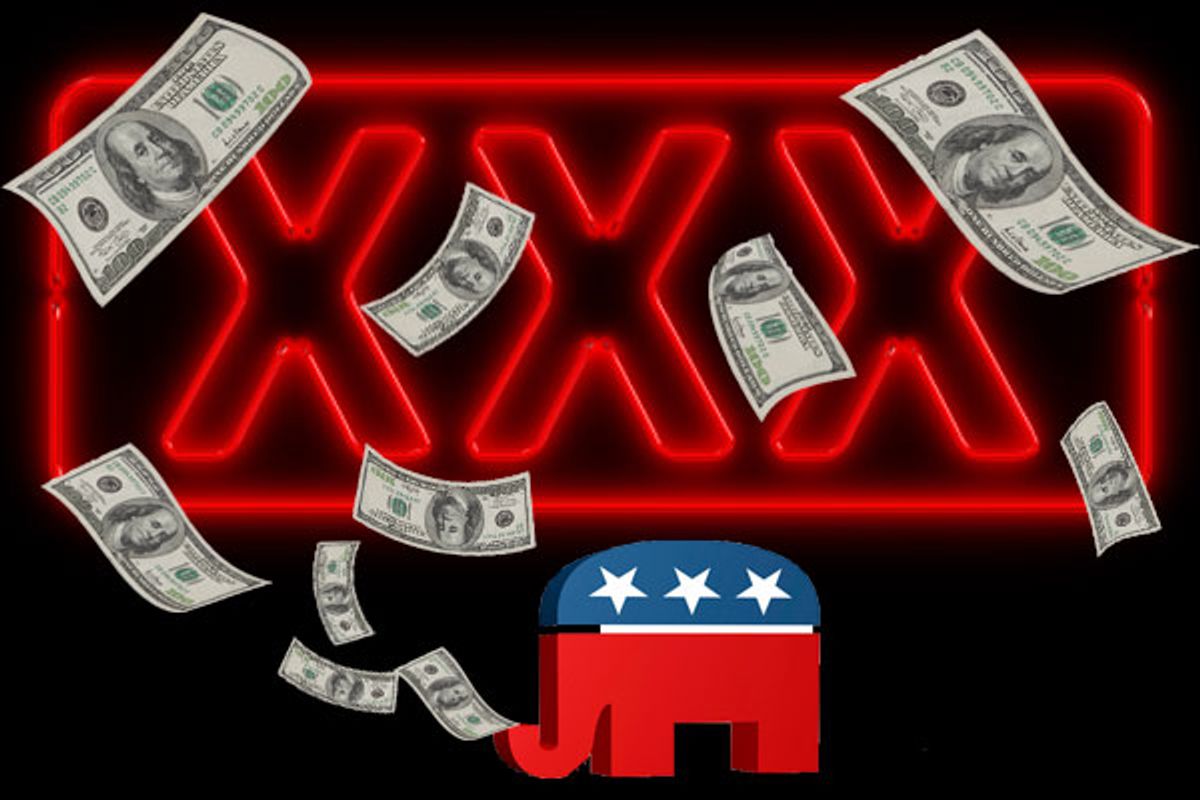 The Republican National Committee is still dealing with the very public fallout of its having paid for a trip to a bondage-themed nightclub in Los Angeles. One staffer who reportedly authorized the expense -- and accompanied a group of donors to the club -- has been fired.

That staffer has been identified as Allison Meyers, who was in charge of the RNC's "Young Eagles" program. In that role, Meyers worked on outreach to donors in their 30's and 40's.

The RNC has been circulating an internal memo on the controversy written by Chief of Staff Ken McKay. In it, McKay writes:

Our investigation has determined that following a Young Eagles event in Los Angeles, a group of individuals did attend such a club on their own. This was not an RNC sanctioned event and was not associated in any way with any RNC official event.

Additionally, we have requested by letter repayment of the $1946.25 from the individual who was reimbursed. He has verbally agreed to repay the funds to the RNC.

All this hasn't yet satisfied -- or silenced -- disaffected donors and critics of RNC Chairman Michael Steele, who are slamming him and his management of the organization.