What's the matter with white people?

Too many believe -- incorrectly -- that healthcare reform helps "other people," not themselves 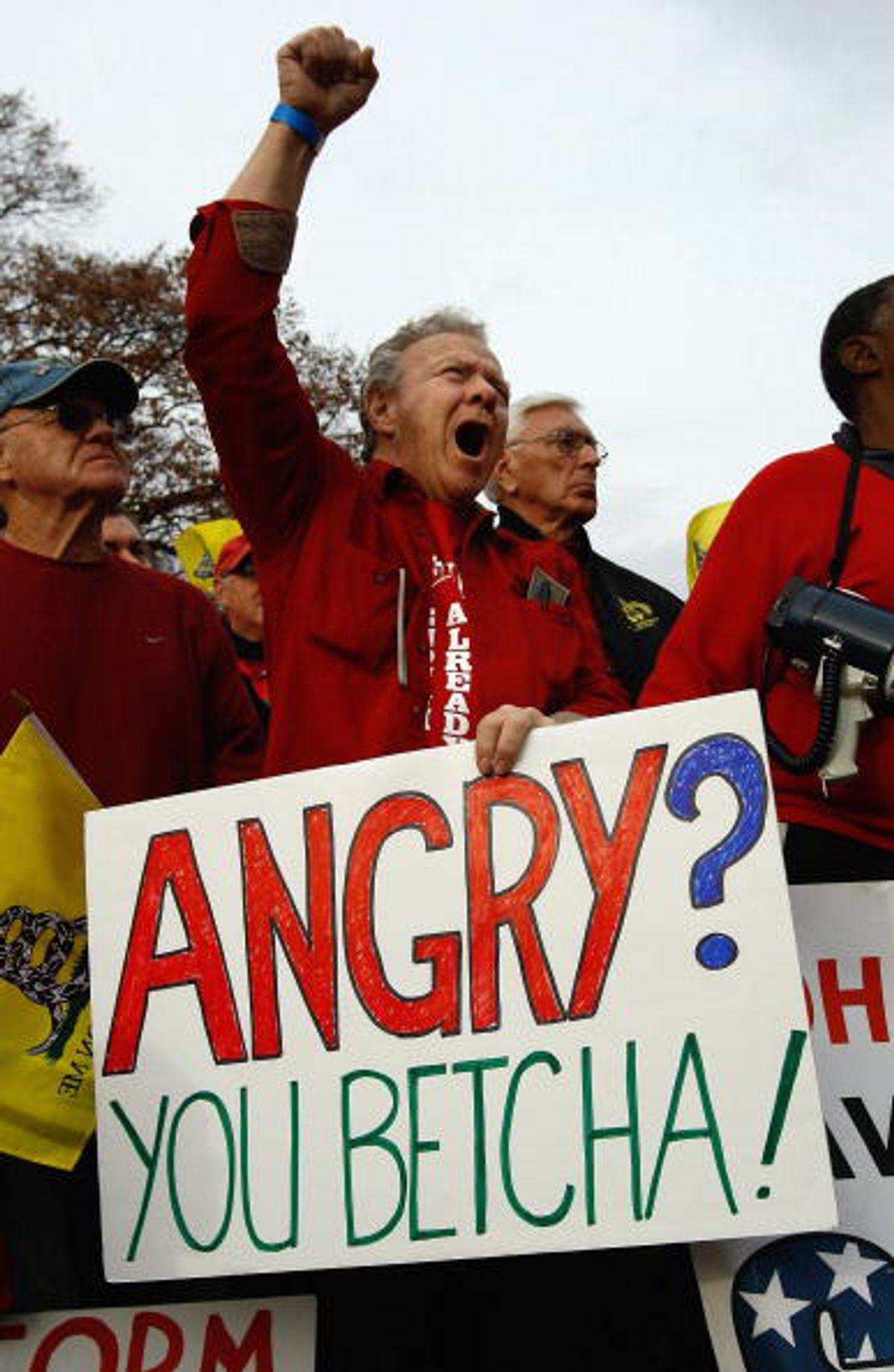 Frank Rich's column "The Rage Is Not About Health Care" got a lot of attention this weekend. It ran through the examples of Republican overreaction and right-wing rage in response to the passage of healthcare reform – all of it well-covered in Salon -- and concluded the rage mainly stems from the fact that whites are about to become the minority in this country.

Rich isn't wrong (although calling last week's uprising a "small scale mimicry of Kristallnacht" was a little shrill). The "I want my country back!" rhetoric does reflect a mind-set in which one's country has been taken away by ... others. But in thinking about race this weekend, I got more out of a column by Ron Brownstein, which examined poll data showing that white voters -- wrongly -- tend to believe healthcare reform helped "other people," not themselves.

Even though the Obama administration tried to stress the bill's benefits to all families -- insurance for folks with preexisting conditions, restrictions on companies dropping you when you get sick, letting kids stay on parents' policies until they're 26, as well as subsidies that will mainly go to middle- and working-class families (the poor are already covered by Medicaid) -- a Gallup survey found that 57 percent of white respondents said that the bill would help the uninsured, and 52 percent said that it would improve conditions for low-income families. Only a third of whites thought it would benefit the country, and shockingly, only 20 percent thought it would benefit their family. (Nonwhites polled were more likely to say the bill would help their families.)

Those doubts were especially pronounced among white voters with less than a college education, Gallup found -- the group that most resisted candidate Obama in 2008. They're the least likely to say the plan would benefit the country, even though they're more than twice as likely to lack health insurance as college-educated whites. We can shake our heads at their ignorance, perhaps even racism, or we can try to understand the roots of their doubt. Brownstein points to a Stanley Greenberg poll that found these whites are reaching a tipping point that could send them even more enthusiastically toward Republicans this year. He also notes that among the 34 House Democrats who opposed the healthcare reform bill, 28 percent come from districts with a higher than average percentage of non-college educated whites in their districts.

I've written before about Lane Kenworthy's research tracing the decline of Democratic support among white working-class voters between the mid-'70s and 1990s. "Beginning in the mid-to-late 1970s," Kenworthy and his collaborators found, "there was increasing reason for working-class whites to question whether the Democrats were still better than the Republicans at promoting their material well-being." By the time of the Clinton recovery in the late 1990s, those voters were already too down on Democrats, and taken with divisive GOP us-vs.-them rhetoric, to give Democrats any credit for the improved economy.

So there's a long history here of Republicans preying on white working-class insecurity, and Democrats mostly ignoring it, that shapes the response to healthcare reform. That's why, to me, it was so important for Democrats to pass the bill, flawed as it was. Democrats need to deliver on their promises, with tangible benefits for their voters, and if whites remain suspicious now, maybe watching the bill's colorblind protections help all groups can change white opinions about social spending. Maybe not. But Democrats are going to have to do a better job of selling the bill's benefits to everybody to prevail in November, and Brownstein's column framed the problem without name-calling.