Network announced rapper as one of first guests on former governor's show, but then things went downhill 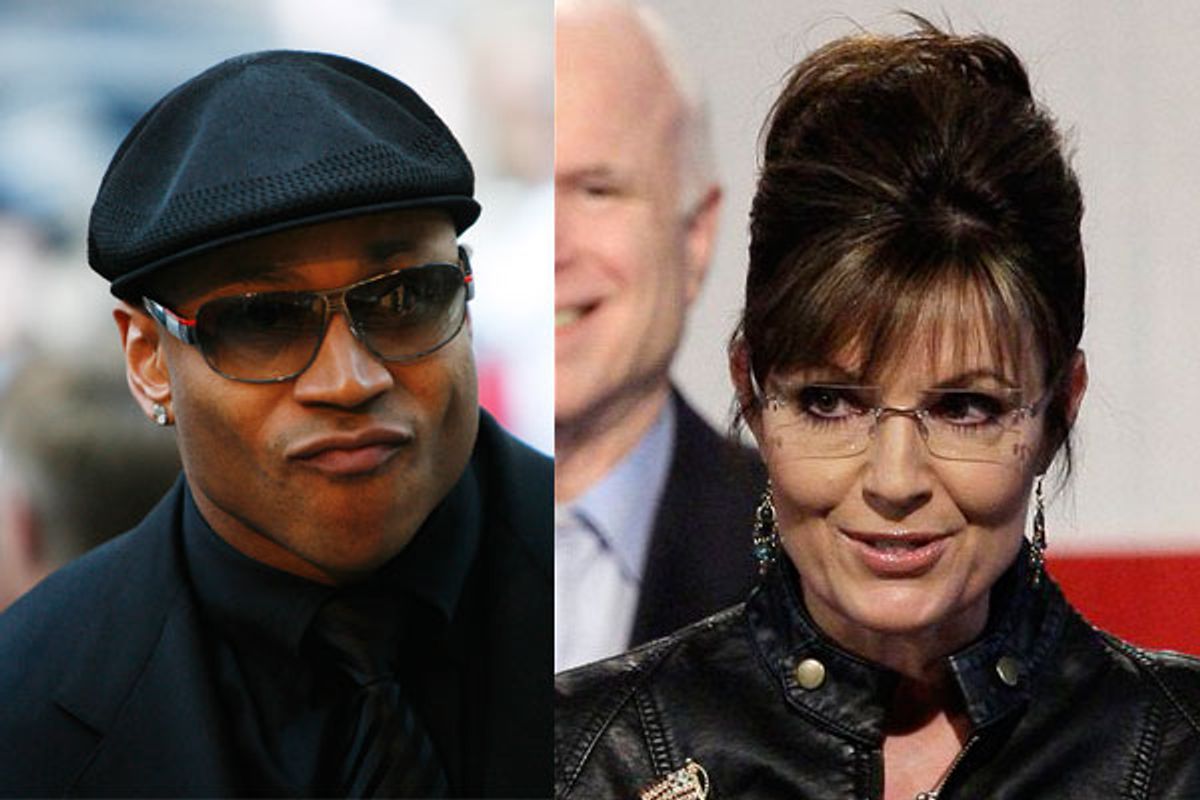 Fox News had announced the rapper as a guest on the debut episode of Palin's new show, "Real American Stories." The announcement -- and the oddity of it -- did serve to prompt some interest in the premiere. But then LL stepped in, announcing on Twitter, "Fox lifted an old interview I gave in 2008 to someone else & are misrepresenting to the public in order to promote Sarah Palin's Show. WOW."

Fox says the interview was originally part of an online series also called "Real American Stories," the Los Angeles Times reports. But it decided to pull the segment anyway, and a spokeswoman said, "[A]s it appears that Mr. Smith does not want to be associated with a program that could serve as an inspiration to others, we are cutting his interview from the special and wish him the best with his fledgling acting career."

Lest there be any confusion, Fox isn't really wishing LL "the best." That formulation -- more often expressed as some variation of "we wish X well" -- is a classic line from the network's P.R. people, unsubtle code meaning, basically, "Oh, and fuck you." In this case, they made it even more plain than usual with the "fledgling acting career" bit. The rapper may not be a megastar, but he's had a fair number of movie roles dating back to the early 1990s, and he's currently a regular cast member on "NCIS: Los Angeles."