There's no stopping the controversial simulation "RapeLay" now that it's online 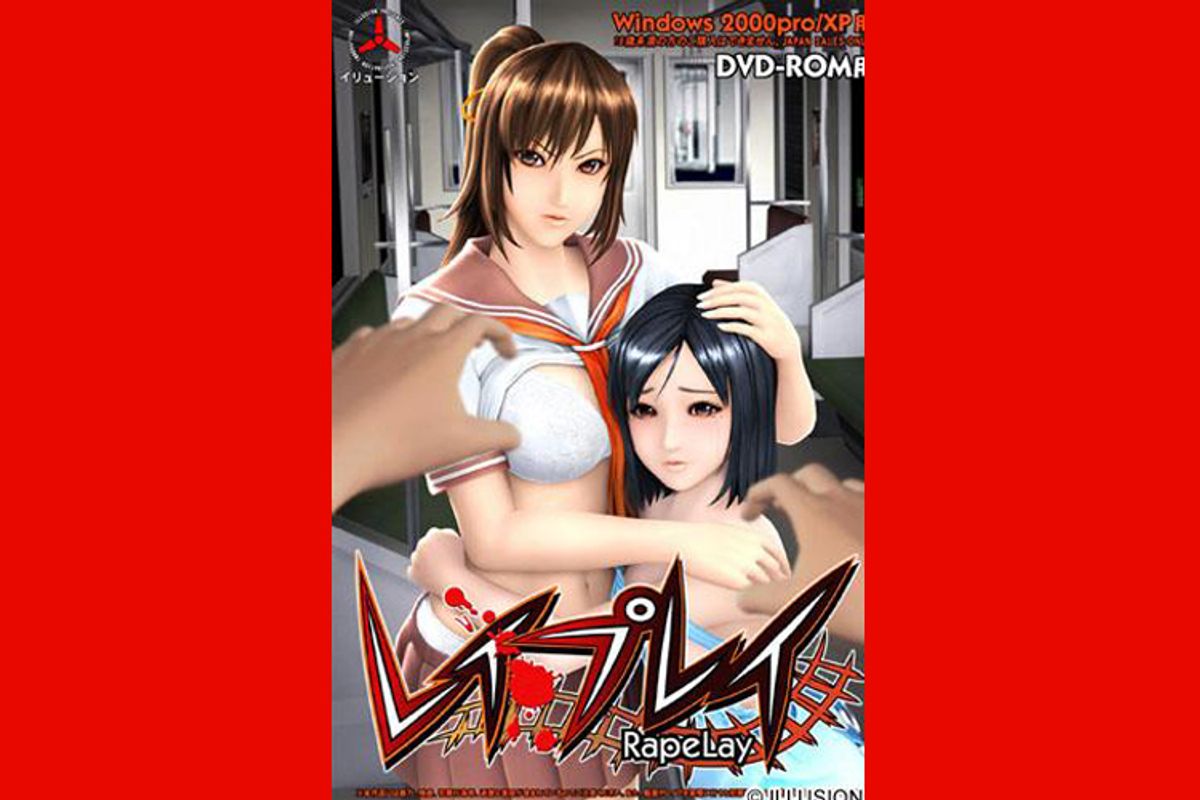 The video game RapeLay is exactly what it sounds like. It's a game that allows one to simulate the experience of boarding a train, groping a schoolgirl, and subsequently raping her, her mother, and her sister, hearing them utter dialogue along the lines of "I w-w-want to die," and gradually converting them into compliant women who enjoy sex with you, while taking post-rape pictures of them and making them get abortions so that you do not die. (The moral of this story would seem to be that rape is fun and games, but fatherhood is a killer.) It has been, for the past four years, a perennial feminist concern.

A review of the game was published in 2006, at HonestGamers.com. The reviewer was frankly disturbed by the subject matter, but retained enough objectivity to point out that the victims are "attractive and smoothly animated (genuinely noteworthy accomplishments for 3D hentai)." That review was picked up by Feministing, then Shakesville; the coverage, let us say, didn't focus on the animation. In February 2009, when the game surfaced on Amazon, it got even more prominent, heated coverage, including some from BoingBoing and Jezebel; it was removed from Amazon in March, and a US ban was sought. Now, in part as a result of that controversy, people are finding and downloading RapeLay online.

Sexual violence in video games is nothing new: the Shakesville and Feministing posts on RapeLay also cover rape simulations in Second Life. Custer's Revenge featured a rape scene in 1982, with Atari 2600 graphics. But RapeLay, being devoted entirely to raping, and designed with a one-handed interface for all the reasons you'd imagine that to be necessary, is a prime target.

The game's online availability is troubling -- not to mention the question of responsibility. The more we protest, the more people will hear about RapeLay, and some will want it. That doesn't mean we should stop talking, but it does point to the problems of activism in the Internet era. Pressuring sales outlets to stop carrying it is analog protest, and, in a different time, might have worked. But now, it can be bootlegged and made available to a huge international audience. Being online, it will stay available as long as there are users interested in it. Even forcing the makers of the game to discontinue it, or outlawing games of the genre, won't take RapeLay out of the picture. All we can do, at this point, is prevent a sequel.