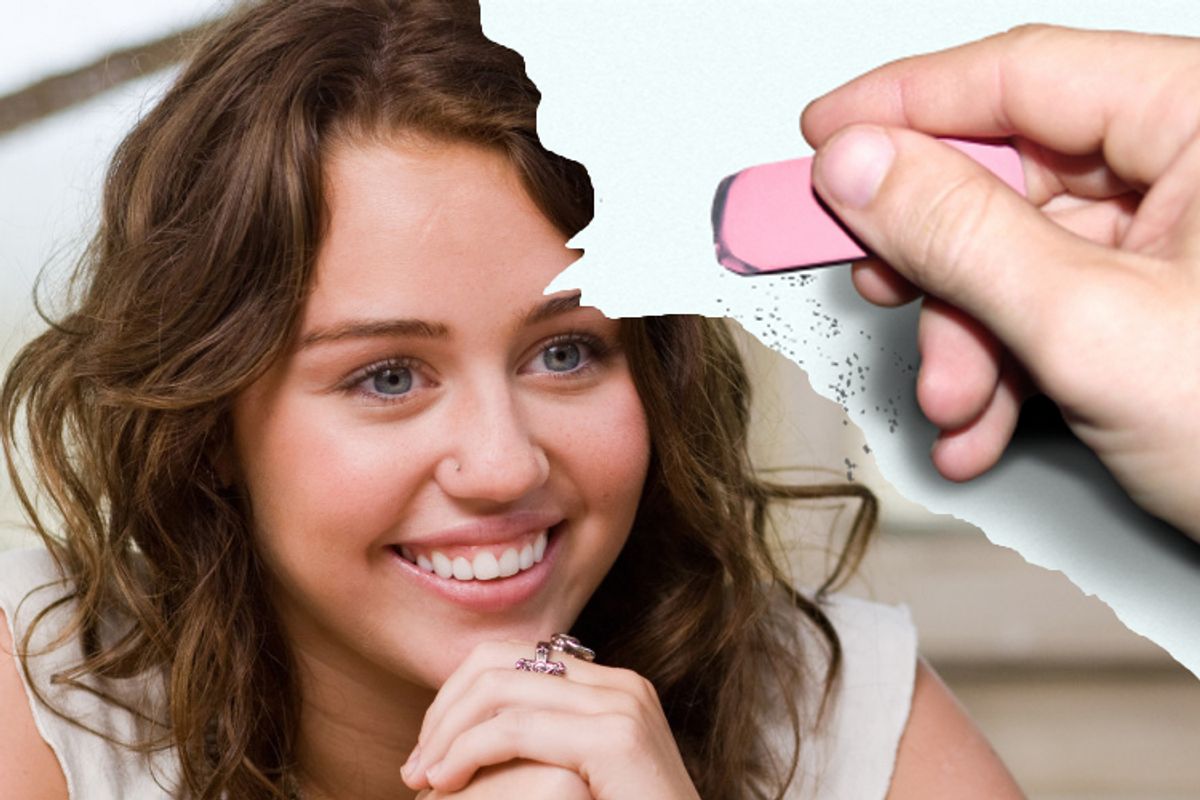 Movies based on Nicholas Sparks' novels have gotten a bad name, and unfairly so: As source material they've at least helped prolong the life of an endangered movie species, the romantic melodrama. Pictures like "Nights in Rodanthe," "Dear John" and "The Notebook" may have their flaws, but in cineplexes crowded with carelessly made action pictures and, increasingly, flashy-but-empty 3-D features, they at least cling to some tatters of a movie tradition forged by Douglas Sirk and Max Ophuls.

But not all Sparks adaptations are created equal, and the latest, "The Last Song," is less equal than most. There are a few decent performances here, most notably that of Greg Kinnear as Steve, a grizzled, beleaguered, divorced dad. But "The Last Song" -- which was directed by Julie Ann Robinson, from a screenplay by Sparks and Jeff van Wie -- doesn't even work as passable, tear-loosening melodrama, and the predictable plot mechanics aren't what make it insufferable. The big problem is Miley Cyrus.

It wasn't so long ago that Cyrus, as normal preteen/pop star Hannah Montana, became a megastar among the sparkly purse set. And even though plenty of us may have rolled our eyes at Cyrus and her alter-ego character, there's only so much criticism you can level at a child performer: Cyrus was a cute enough kid, and the reasons for Hannah Montana's popularity were understandable. Young singers and actresses are by their nature unformed: It's OK to be somewhat critical of their abilities, but part of their appeal is the idea that they're still on their way to becoming something more.

But Cyrus is now 17, playing in the tougher arena of grown-ups, and her performance in "The Last Song" suggests she has two expressions at her disposal: Pouty and scowly. Three, if you count squinty. Cyrus plays grumpy high school graduate Ronnie (Miley Cyrus), who spends the summer at her dad's beach house in Georgia sulking, grumbling and generally making her poor father's life miserable. And for this she'll be rewarded by meeting a nice, hunky blond boy, Will (Liam Hemsworth), who genuinely likes her and also happens to be rich. Conflicts will of course ensue.

When I wrote about "Hannah Montana: The Movie" last year, I couldn't help noticing Cyrus' vaguely blowsy quality -- she seemed to have bypassed dewy, carefree teenage youth and was instead hurtling toward three-kids-and-a-McMansion matronliness. Still, she could just about pass as a kid, in a movie aimed at a pretty young audience. It seemed prudent to give her the benefit of the doubt.

But the suffering she causes in "The Last Song" is just too much. Cyrus' speaking voice is deep instead of squeaky, which is usually a plus. But this isn't a throaty purr we're talking about; it's more like a three-packs-a-day growl, and it's gratingly unpleasant. Her diction is a slurry mess, and she speaks every line with an implicit sneer, as if everything, even the script of the movie she's starring in, is beneath her consideration. Her expression is perpetually bored and restless, as if the only thing she's got on her mind is getting back to her walk-in closet to assess her vast kingdom of tank tops. This is a performance with all the elegance of a bitten fingernail.

Maybe I'm expecting too much of Cyrus. But "The Last Song" rests heavily on her alleged appeal, and I can't remember the last time I came across such a singularly charmless teenage performer. I hesitate to even use the word "actress," because what Cyrus projects here is an unvarnished haughtiness that's wholly disconnected from the troubled-but-feisty character she's supposed to be playing. Even as poor pops Kinnear suffers nobly for the camera, Cyrus barrels through the movie as if she were the only person in it. She's all ego and no alter, although we should probably be grateful we're not dealing with a split personality here. Please, one is enough.