A roundup of the early iPad reviews

Apple's new tablet won't be released until Saturday, but the early notices are favorable -- with a few gripes 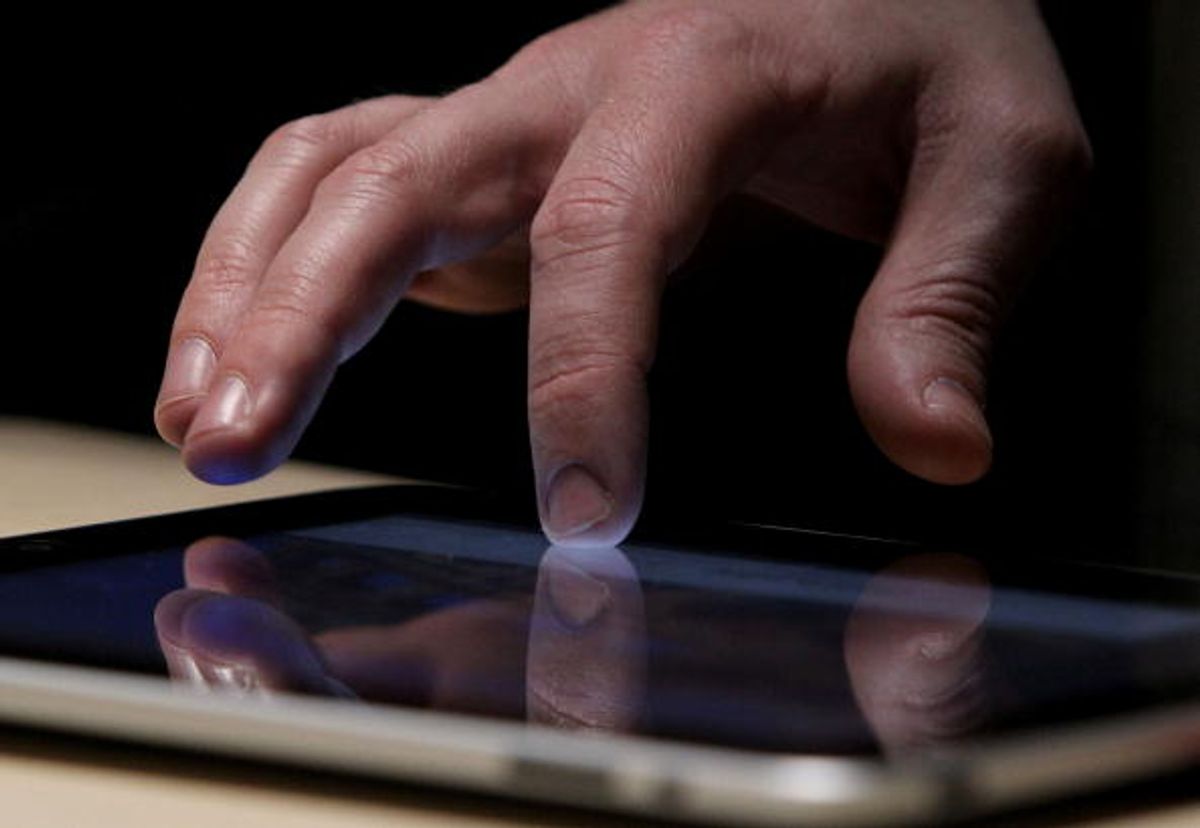 The iPad still hasn't hit stores yet -- that's scheduled for Saturday -- but early reviewers are raving about Apple's new tablet. It's already been called "pure innovation," "a touch of genius" and "the computer for the rest of us." And that's just in the titles.

The consensus is that Apple has another hit: The iPad does what it's supposed to do -- provide a fast, portable, easy-to-use interface for consuming music, videos, photos, books, e-mails and Web sites --  ridiculously well. At the same time, some common gripes are already emerging.  Here's our roundup of the reviews:

Bottom line: The iPad doesn't replace the laptop, but it's "infinitely more convenient" for many of things people use their laptops for, like listening to music, watching videos, looking at photos, reading books and surfing the Web. The iPad has killer apps, awesome battery life (it played movies continuously for more than 12 hours), and fast, easy-to-use software.

Biggest problems: It's difficult to read in direct sunlight and the keyboard is hard to use. Also, the iPad doesn't load Flash video and you can only use one app at a time.

Memorable quote: "The iPad is so fast and light, the multitouch screen so bright and responsive, the software so easy to navigate, that it really does qualify as a new category of gadget. Some have suggested that it might make a good goof-proof computer for technophobes, the aged and the young; they're absolutely right."

Bottom line: The iPad is much more than just a digital reader; it's "a whole new type of computer." It's a fast, easy-to-use machine with long battery life that works great for Web surfing, video watching and e-reading. The iPad "can indeed replace a laptop for most data communication, content consumption and even limited content creation."

Biggest problems: As an e-reader, the iPad is significantly heavier than the Kindle and requires two hands to use. The e-mail program has some annoying limitations and the Web browser doesn't have tabs.

Best quote: "All in all, however, the iPad is an advance in making more-sophisticated computing possible via a simple touch interface on a slender, light device. Only time will tell if it's a real challenger to the laptop and netbook."

Bottom line: The iPad is less about what you can do -- browse the Web, play games, read e-books, look at photos, etc. -- than how you can do it. In short, "Apple's tablet is fun, simple, stunning to look at and blazingly fast."

Biggest problems: No multitasking, no webcam for video chats, and it doesn't play Flash (so, no video at Hulu, ESPN, and many other Web sites).

Memorable quote: "The first iPad is a winner. It stacks up as a formidable electronic-reader rival for Amazon's Kindle. It gives portable game machines from Nintendo and Sony a run for their money. At the very least, the iPad will likely drum up mass-market interest in tablet computing in ways that longtime tablet visionary and Microsoft co-founder Bill Gates could only dream of."

Bottom line: Not only is the iPad great for reading, writing and looking at e-mail, it's actually better at doing those things than anything else in your home office. It's "a computer that's designed for speed, mobility, and tactile interaction above all other considerations."

Memorable quote: "It's a computer that many people have been wanting for years: a slim, ten-hour computer that can hold every document, book, movie, CD, email, picture, or other scrap of data they're ever likely to want to have at hand; with a huge library of apps that will ultimately allow it to fulfill nearly any function; and which nonetheless covers the dull compulsories of computing (Mail, the web, and Microsoft Office-style apps) so well that there will be many situations in which this 1.5-pound slate can handily take the place of a laptop bag filled with hardware and accessories."

Bottom line: The iPad has a great feel, display and design. Its touch screen is so responsive that it's a "completely different experience." It has amazing apps, better than expected battery life and awesome gaming possibilities.

Biggest problems: On-screen keyboard is larger than iPhone, but text input is still much easier with keyboard dock. There's no camera, but this isn't a big deal because the iPad isn't meant for serious media production.

Memorable quote: "Flick the switch and the novelty hits. Just as the iPhone, Palm Pré and Android phones scratched an itch we didn't know we had -- somewhere between cellphone and notebook -- the iPad hits a completely new pleasure spot. The display is large enough to make the experience of apps and games on smaller screens stale. Typography is crisp, images gem-like, and the speed brisk thanks to Apple's A4 chip and solid state storage. As I browse early release iPad apps, web pages, and flip through the iBook store and books, the thought hits that this is a greater leap into a new user experience than the sum of its parts suggests."

Bottom line: The iPad has the "wow factor," in addition to "a comfortable size, exceedingly sharp display and fast processor." It could reinvent the way people consume both traditional media like books and interactive media like the web. For a whole number of things, the iPad is "impressively easy and fun to use."

Biggest problems: It has no conventional system for storing files and work.

Memorable quote: "Saying the iPad is just a big iPod Touch is like saying HD video is just TV with a bigger picture. While such a statement may be technically true, it misses the deeper fact that higher resolution experiences are often radically better than their lower-resolution cousins. Watching a film on an iPhone is a pleasure when my only option is an inane in-flight movie but, given the choice, I'd much rather watch on the bigger, crisper screen like that on a laptop or iPad. I can skim a PDF on my iPod Touch but, for a 30-page document, I'd go mad without a larger display like that on a Kindle DX or the iPad. For sharing one or two digital photos, a mobile phone screen is good enough but, for slideshows with dozens of pictures, only an easy-to-use digital picture frame like Kodak's PULSE or an iPad makes any sense. The iPad's enhanced screen and processing power are not just incrementally better than the prior generations of iPods and iPhones, for many applications the iPad will offer a fundamentally different experience."

Bottom line: The iPad does what it's meant to do -- provide a new device for Web browsing, reading books, watching movies and listening to music -- remarkably well. More surprisingly, "you can actually get real work done with the iPad." New app possibilities for the iPad also have great potential.

Biggest problem: There's no camera, no Flash, and no multitasking.

Memorable quote: "The device just makes sense. When you combine basic-but-essential work tools with iWork, an improved browser, e-mail, iPod, and photo applications, a well-executed e-Book platform with iBooks, and throw in thousands of downloadable apps and games, and package it all in a gorgeous, slim slate with a beautiful 9.7-inch touch screen, you have yourself a winner."