When the floods came to my Rhode Island town 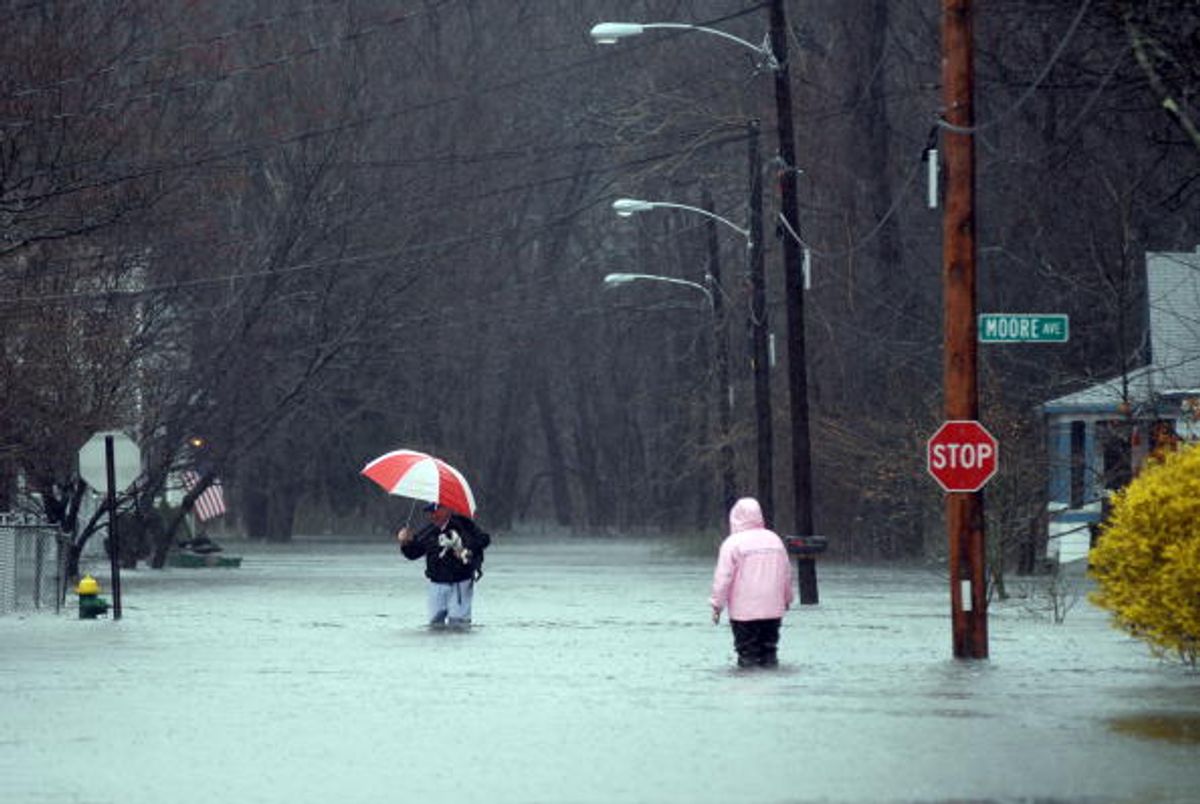 CRANSTON, RI - MARCH 30: Residents wade in knee deep water due to flooding from the Pawtuxet River on Moore and Perkins Street March 30, 2010 in Cranston, Rhode Island. The second major rain storm of March hammered the Northeast today causing flooding and evacuations. National Guard troops were activated in Massachusetts and Rhode Island where a state of emergency was declared. (Photo by Darren McCollester/Getty Images) (Getty Images)
--

Many of you never heard of Cranston, R.I., until the major networks started highlighting it this week as floodwaters drowned the Providence suburb and, eventually, became the statewide nightmare Rhode Island had feared for centuries.

You've seen the images of homes submerged and homeowners desperately clutching whatever belongings they chose to salvage as they are evacuated in boats. You've heard interview after interview -- the weeping, the desperation and, in a few cases, the resignation tainted with attempts at humor.

Nothing about this flood is funny. Rhode Island was already competing for first place in the contest for U.S. state most severely decimated by the recession. With double-digit unemployment, thousands of empty new homes unsold or unfinished, foreclosure signs lining every street and a state deficit unlikely to be righted in two future generations, we were already a mess.

Now, raw sewage floods our streams and rivers since treatment plants were felled by the floodwaters, and TV images of things like gas stations and auto body shops completely covered by river waters raise questions about the quality of our life-giving water supply for years to come.

At the same time, the large ethnic communities that make up the 1 million residents of this the smallest state in the union refuse to let even this historic flood dampen their holidays. Last Monday night, as the Pawtuxet River rose to a record level, Passover Seders went forward with their usual determination. This year, however, the question, "Why is this night different from all other nights?" may have generated several new answers.

Now, on the eve of Good Friday, the Eastern European community, much of which is based in flood-ravaged West Warwick, is busy dyeing and painting its traditional elaborate and beautifully intricate Easter eggs.

In Providence's Fox Point section, and beyond it to East Providence, the children of original Portuguese immigrants and whalers still live and still prepare Easter sweet breads -- complete with hard-boiled eggs peeking out from the latticed, glazed loaf tops.

Italian Americans across the state, including those in my own town -- the Cranston of CNN fame -- are baking traditional ricotta pies with rice or wheat (called pastiere) as I write this. Like mail carriers, unstoppable by "neither rain, nor snow nor gloom of night," Italian homemakers are undeterred by the flood of the century. The feast must go forward and, dammit, it will.

This hopeful determination to survive and go forward, even to celebrate in the midst of disaster, is the real message of the Passover-Easter season. The heavens send humankind a devastating plague of waters and the people respond with a commitment to gather together in prayer, hope and recognition of the rebirth of spring, despite extraordinary challenges.

If there aren't any "atheists in foxholes," as the old saying goes, there probably aren't many atheists is Rhode Island this holiday season either. All week long, as the waters raged, the words "Thank God!" seem to be have been uttered more than any others.