Former Pennsylvania senator gearing up for campaign, reportedly based on premise he was right all along 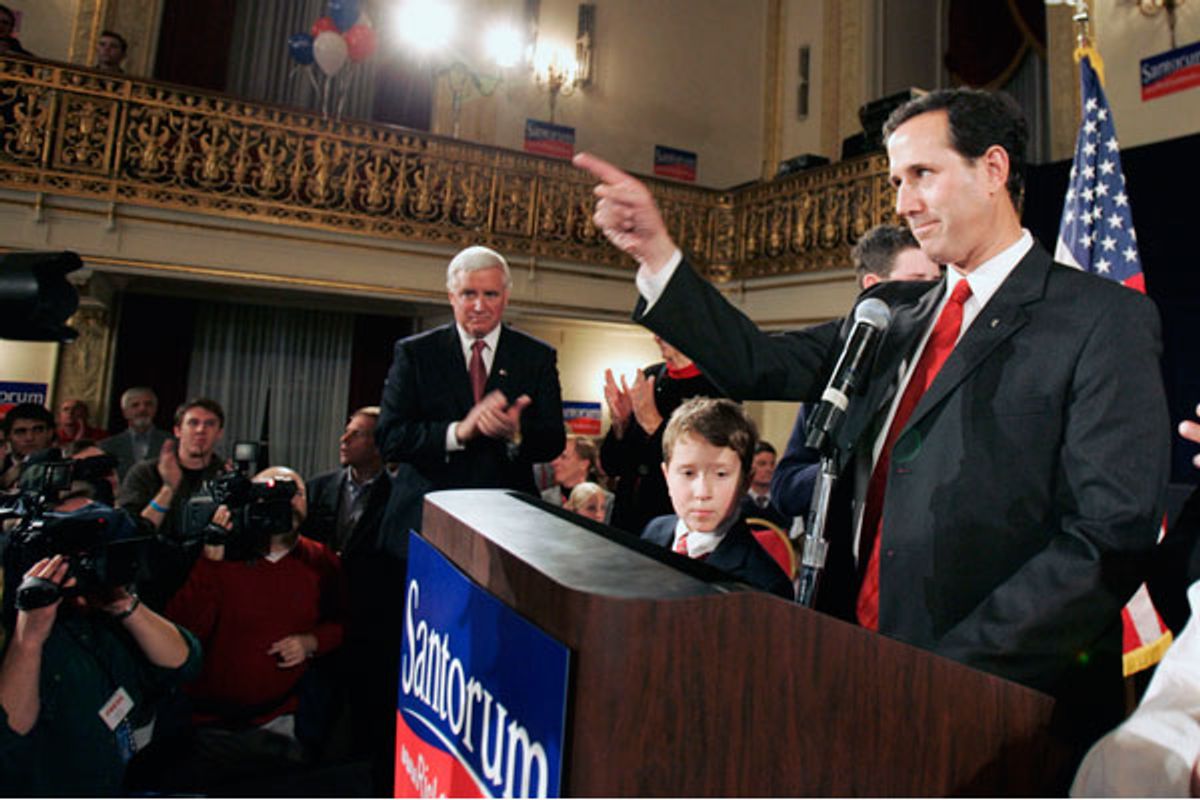 Pennsylvania Republican candidate for the US Senate Rick Santorum gestures to a supporter while conceding the race to Democratic challenger Bob Casey in Pittsburgh, Pennsylvania, November 7, 2006.
--

Rick Santorum has some high hurdles to overcome, but don't write him off. Just as Mike Huckabee came out of nowhere to pose a credible challenge to John McCain in 2008, Santorum may also surprise in 2012.

Yes, this means Lewis thinks that the former Pennsylvania senator is a viable presidential candidate two years from now.

It's an interesting thought exercise -- and Lewis does make some good points -- but probably not much more than that. Santorum has a whole lot of baggage. And, more importantly, the economy is likely to remain a major issue come 2012. If it is, someone like Santorum whose identity centers around social, not economic, conservatism is at a real disadvantage.

But Santorum and his advisors have a strategy, Lewis reports:

Also, everyone's having sex with dogs. It's the hot new thing!