Can turbulence be predicted?

On the fickle nature of rough air. Plus, a note to the media: Details matter 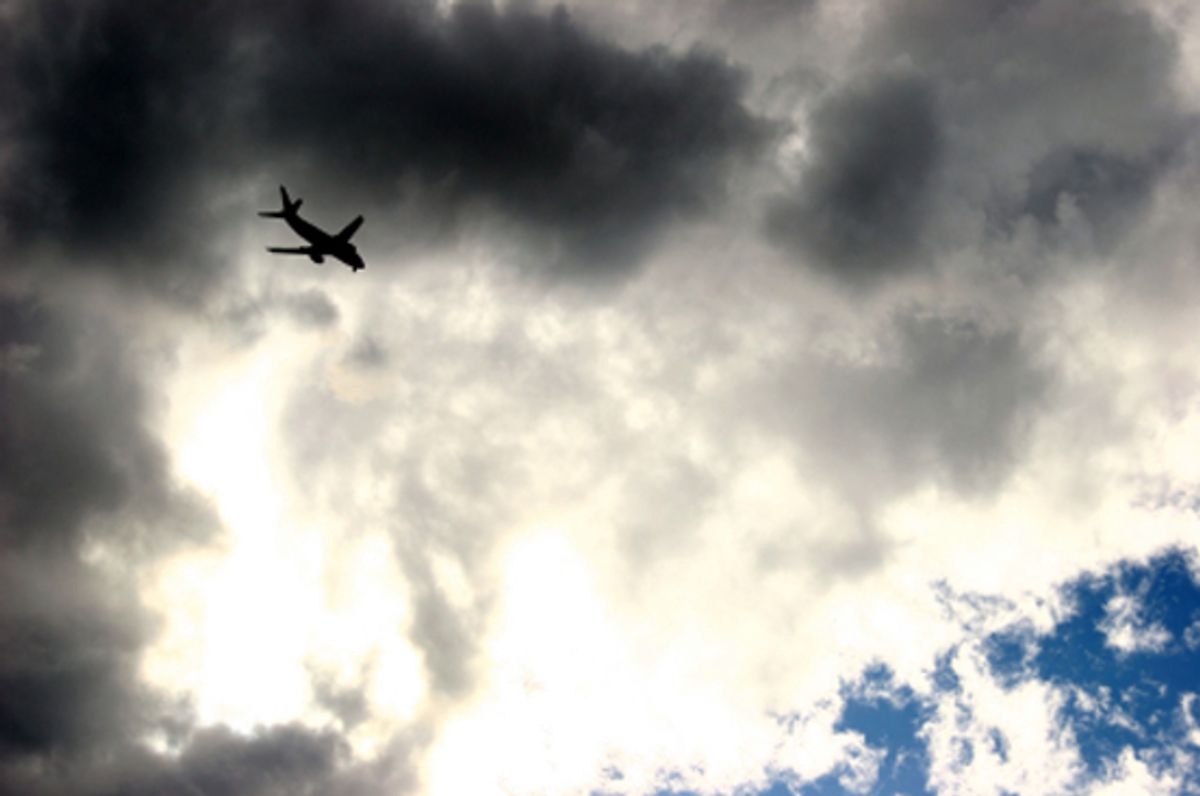 "Unlike some fliers, I appreciate the length and detail of your announcement," says a reader from Florida. He's talking about the transcript of my welcome aboard speech, made from the cockpit prior to takeoff.  "But you sorely neglect one important piece of information: Will the flight be bumpy? As a somewhat nervous flier, I appreciate any heads-up as to when and where turbulence might strike."

The problem here is the fickle nature of rough air. Turbulence is difficult to predict, particularly prior to a long-haul flight when conditions will be changing over a period of many hours. In certain circumstances, bumps are all but a sure thing -- in cloud tops or around storms, for example, or when taking off and landing in gusty winds -- but garden-variety turbulence is capricious and tough to call. Often you don't know it's out there until suddenly you're in the middle of it.

Pilots have various prognostic tools at their disposal, both before and during the flight, but still. Even with meteorological cues -- frontal zones, jet streams -- and real-time reports from other crews, it's often a coin flip. Conditions are always changing, and a slight difference in altitude or course might make all the difference.

Those of you unnerved by rough air might wish to review my more complete turbulence dissertation, published on Salon back in 2006. You can read it here.

About 60 people, two-thirds of them flight attendants, are injured by turbulence annually in the United States. That works out to about 20 passengers, out of the 800 million or so who fly each year in this country.

"I have a question about the seat-belt sign," e-mails another reader. "The air gets rough and the chime comes on, along with perhaps a P.A. announcement. But then, 25 minutes later, long after the air has smoothed out, the sign is still illuminated. Are pilots erring on the safe side, in deference to something they see up ahead, or have they ..."

Forgotten. Is that the word you're looking for? It would be unwise of me to prescribe that passengers use their own judgment. Circumstances vary, and you never know what the crew sees ahead. Ignore the sign at your own peril. But yes, sometimes we forget.

In other news ... media alert! A couple of weeks ago an erupting volcano in Iceland caused several Icelandair flights to be delayed or canceled. An Associated Press article by reporter Gudjon Helgason stated the following: "Earlier, a flight was turned back to Boston, leaving about 500 people waiting for hours."

Helgason goes on. "Three Icelandair flights ... bound for Keflavik airport in Reykjavik were due to arrive late yesterday."

Except that Keflavik airport is not in Reykjavik. Keflavik airport is in Keflavik. It is the airport  serving Reykjavik, the Icelandic capital, but it sits about 30 miles west. It's similar to Narita airport in Japan. Narita is the international gateway to Tokyo, but is situated in the city of Narita, 35 miles away. You would never describe it as being "in Tokyo."

Keflavik is a common diversion airport for flights crossing the Atlantic. Pilots call it "Kef."

Helgason is an Icelandic name. Should we expect him to be roughly familiar with his national carrier's fleet and the location of the country's airports, or am I being too picky?

Here's something far more egregious. Check out this story that ran in the Daily Beast back in September 2009.  It's titled "What Pilots Fear," and in the second paragraph it says this:

"Here in the United States we have not seen a large-scale crash involving fatalities for a major airline in almost eight years ... Since American Airlines Flight 587 ditched just beyond Kennedy Airport in November 2001, there has been only one death at a major carrier."

In addition to some convoluted language we have that bit about Flight 587 "ditching beyond Kennedy Airport." Really? Flight 587 did not ditch in any sense of the word. A ditching is a controlled landing on water -- à la Sully Sullenberger. Flight 587 crashed, and it crashed on land. There were no survivors.

Except, oh shit, that moron, as you may have noticed in the byline, was yours truly.

Here's the thing, though: I never said it. I never wrote that sentence. The draft I sent to the editor went as follows…

"Here in the United States we have not seen a large-scale crash involving a major airline in almost eight years. That's a record dating back to the advent of the jetliner itself. Our last major airline catastrophe was that of American Airlines flight 587 near Kennedy airport in November, 2001."

The Daily Beast changed this and came up with the "ditching" sentence on its own, presumably to jazz up the language. Unfortunately the sentence is highly inaccurate and the article quickly loses credibility because of it. Note some of the reader comments. I never saw a copyedit, and I never noticed the mistake until about two weeks ago, long after the damage was done.

And I only bring this up because the Daily Beast has refused to correct the piece or acknowledge any of my e-mails about it. I have written to the editors five times over the past several days. They have neither fixed anything nor responded -- other than to add my address to their daily mailing list.

Moral being, it's not always the writer's fault.

Now, if only I knew what the Germans were saying about me (see third paragraph) ...