For nearly 20 years, the right has been arguing that the Democrats' 1992 win should come with an asterisk 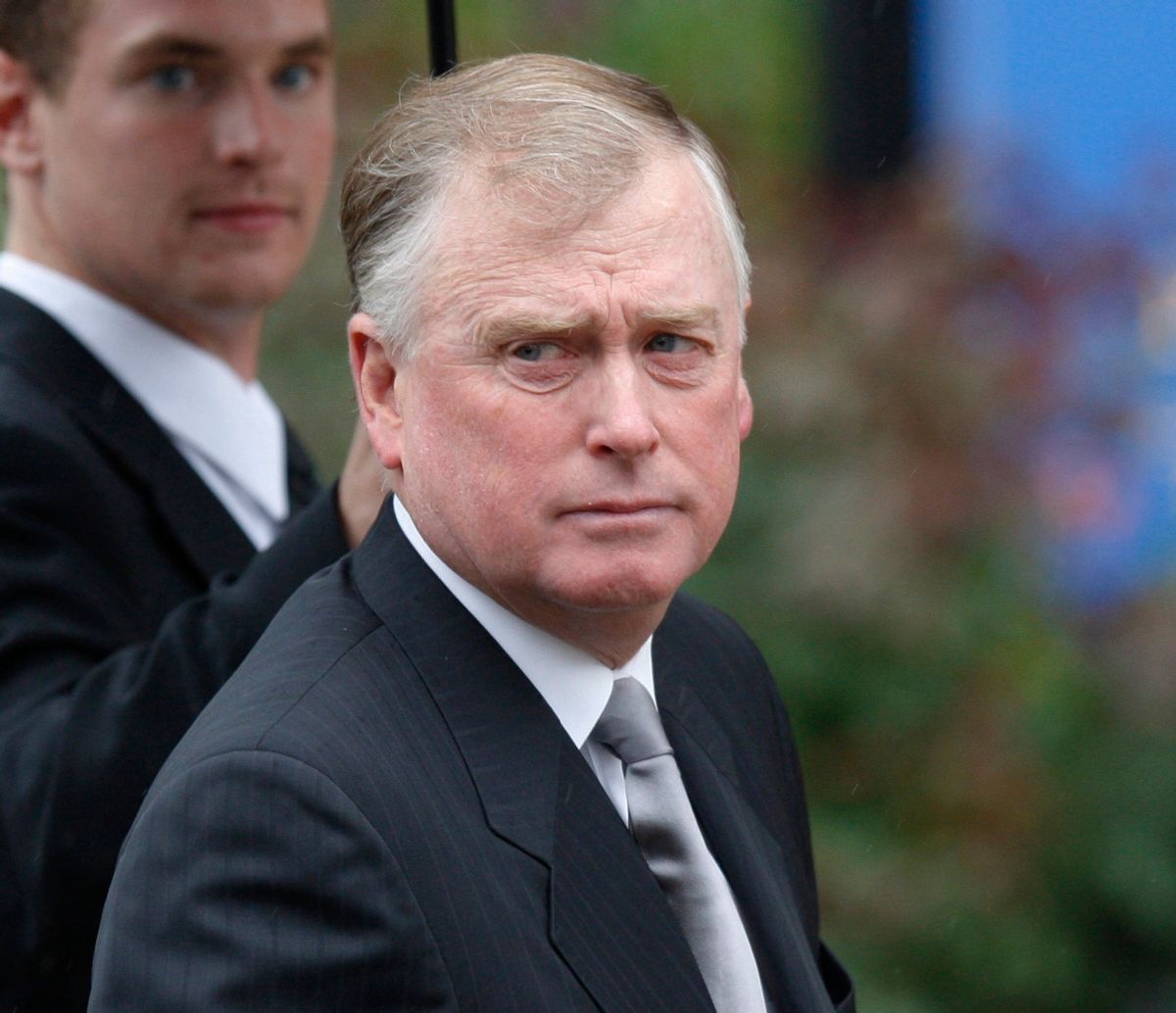 In 1992, Bill Clinton won a decisive victory in the presidential race, snagging 370 electoral votes and relegating George H.W. Bush to a smaller share of the vote than any incumbent president since William Howard Taft in 1912.

The right is still pretending this didn’t really happen. Oh sure, they acknowledge that Bill Clinton was elected and sworn-in as the nation’s 42nd president. They just claim it wasn’t really a legitimate victory. Case in point: an op-ed from Dan Quayle set to appear in Sunday’s Washington Post. Quayle writes:

Many remember the Reform Party of the 1990s, which formed around the candidacy of Ross Perot. I sure do, because it eliminated any chance that President George H.W. Bush and I would prevail over Bill Clinton and Al Gore in 1992. What started as a grass-roots phenomenon ended with 19 percent support at the ballot box -- and a majority of those voters would probably have gone Republican in a two-party race. Speaking on behalf of the Bush-Quayle campaign, to this day we firmly believe that Perot cost the Republican Party the White House.

Republicans have been blindly pushing this argument for nearly 20 years now, acting like George H.W. Bush was all set to win a second term until some crazy Texas billionaire came along and messed it all up. It’s understandable why they like this narrative: it lets them off the hook for losing the public’s confidence in the late ‘80s and early ‘90s -- and casts Clinton’s electoral triumph as an accident of history.

But let me try, one more time, to set the record straight: there is absolutely no rational reason -- none -- to believe that Perot cost Bush and Quayle the 1992 election. To understand why, let’s quickly review what happened in the ’92 campaign.

In the early stages of the race, just after the Gulf War in 1991, Bush looked positively unbeatable. As a result, every big-name Democrat -- Bill Bradley, Mario Cuomo, Al Gore, Jay Rockefeller and on and on -- backed out. And for the spring and summer of ’91, virtually no other Democrats stepped up to the fill the void. Former Massachusetts Senator Paul Tsongas was the only active candidate until the middle of the summer, and few took him seriously.

But as the Gulf War afterglow faded and the sputtering economy gained more attention, Bush’s popularity returned to earth. Several Democrats, including Clinton, Tom Harkin, Bob Kerrey and Jerry Brown, entered the race. And when, in December, Cuomo resisted a last-minute push to recruit him into the race, Clinton emerged as the clear front-runner. He was badly damaged by scandal in early ’92 and nearly overtaken by Tsongas, but by April, Clinton had emerged as the inevitable Democratic nominee.

At that point, he was given little chance of winning, mainly because of the scandals (Gennifer Flowers, draft-dodging and so on). But economic anxiety was widespread, and Bush’s job approval ratings were poisonous. He was a plainly vulnerable incumbent. This is where the Perot phenomenon took hold: With voters initially unwilling to trust Clinton, Perot stepped forward and rocketed to the top of national polls. By the late spring, he led in three-way trial heats, with Clinton lagging in a very distant third place.

Then came the Perot crack-up. Faced with media scrutiny he’d never before experienced, Perot’s erratic, paranoid and even delusional tendencies became evident to the general public. His numbers began to slide. He grew cranky – with the media and with the campaign team he’d assembled. In July, hours before Clinton was to deliver his acceptance speech at the Democratic convention, Perot withdrew from the race.

Here the GOP’s “blame Perot” excuse-making falls apart, because immediately after the Democratic convention, Clinton soared ahead of Bush in polls -- by more than 20 points. This was with no Perot in the race. The explanation was obvious: Clinton, after a beautifully choreographed convention, had convinced millions of Americans to give him a second look. It had been clear for months that voters were ready to throw out Bush, but they’d been unwilling to embrace Clinton. After the convention, though, they were.

Clinton’s one-on-one lead over Bush survived for the next 11 weeks. Not a single independent poll after the Democratic convention ever showed Bush leading Clinton – not even immediately after the August ’92 GOP convention (after which Bush temporarily closed the gap, to as few as six points in one poll). By Labor Day, the Bush convention bounce was gone and Clinton was back ahead by double-digits -- a lead that endured all the way through September.

It was then, as October arrived, that Perot jumped back in the race. But his re-emergence didn’t disproportionately hurt Bush -- who, it cannot be emphasized enough, was already being drubbed by Clinton. In a CBS poll on the eve of Perot's re-entry, Clinton led Bush by 13 points in a two-man race – and by 11 in a three-way race. In other words, Clinton’s lead actually declined (very slightly) with Perot back in the mix.

Throughout October, Clinton maintained a steady, commanding advantage over Bush. Three presidential debates were held that month. In the first, Perot stole the show and earned a measurable polling bounce -- from single digits back to double-digits. In the second, Bush was excoriated for glancing at his watch, feeding the impression that he was insufficiently energized and engaged as president; his poll numbers ebbed. In the third, Bush fared better, and by the end of October, he’d pared Clinton’s lead back to the mid- to high- single-digits.

Any last-minute Bush momentum, though, was undermined on the Friday before the election when Iran-Contra independent counsel Lawrence E. Walsh indicted Caspar Weinberger, Ronald Reagan’s old Defense secretary – and, in a statement released with the indictment, implicated Bush, who had been dogged for years by questions about his Iran-Contra involvement.

The following Tuesday, Clinton nabbed 43 percent of the vote, good for 370 electoral votes. Bush finished with 37 percent and 168 electoral votes. Perot tallied nearly 20 percent, and exit polls showed that his voters were roughly split evenly on whom their second choice would have been.

In other words, take Perot out of the mix, and Clinton still wins -- handily. The argument of Quayle and other Republicans that Perot cost Bush the election would be more credible if there had been even a single independent poll after the Democratic convention giving Bush the lead over Clinton in a head-to-head race. There never was. Clinton won the race and Bush lost it -- no asterisks needed.