"Why Did I Get Married Too?" renews an old debate: Is the hugely successful black filmmaker a hero -- or a hack? 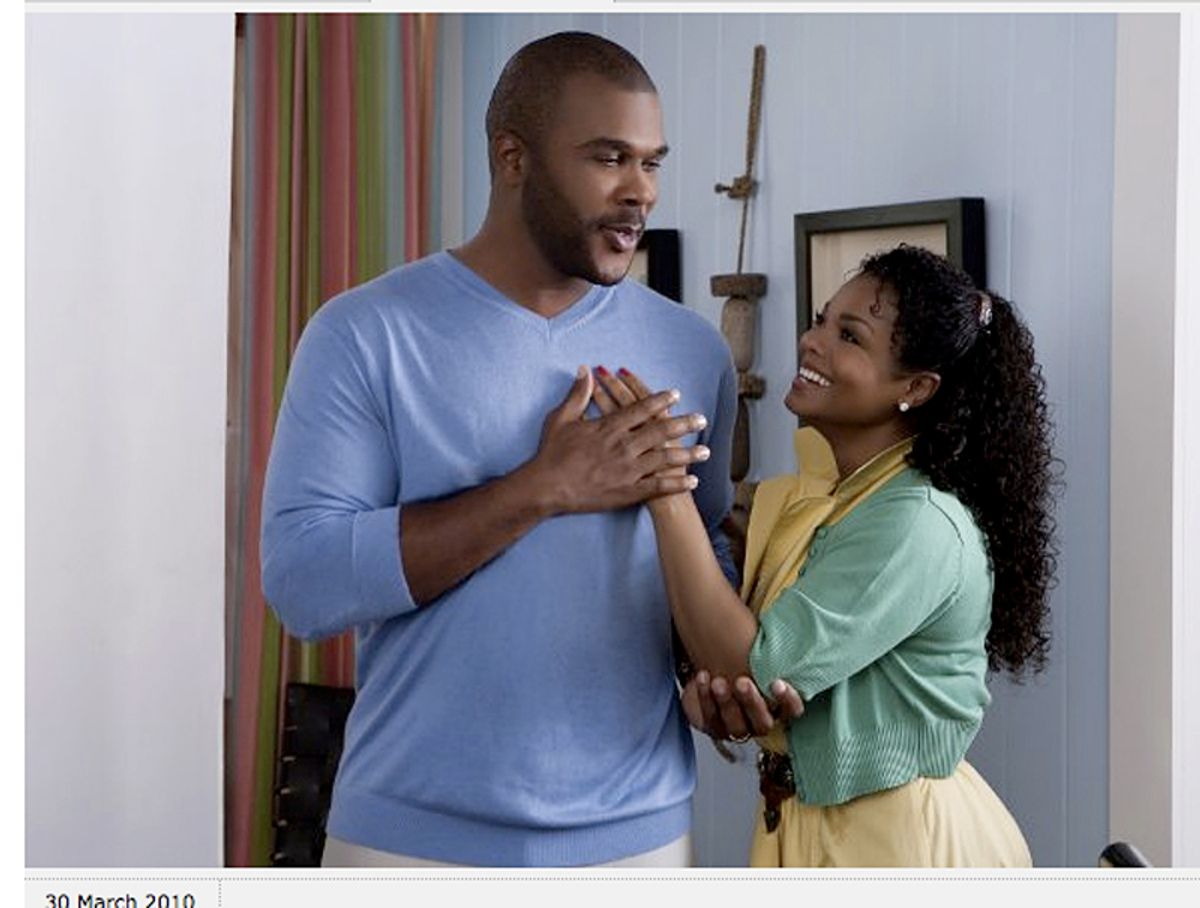 In the black community, you don't have to seek out Tyler Perry movies; they come to you. I watched the original "Why Did I Get Married?" over at my mother's house one night when I visited for dinner, after she and my sister (avid cinephiles) anxiously popped in the DVD before I could even object. A few months later, on a bachelor/bachelorette wedding outing, the bride-to-be introduced the movie -- about four African-American couples struggling with their relationships over one disastrous weekend -- by announcing, "This is everything that should not happen on this trip."

But as ubiquitous as Tyler Perry movies are, they are equally as contentious. And as "Why Did I Get Married Too?" (which did not screen prior to its release) opens this Friday -- most likely met with big box office and lukewarm reviews -- I am bracing myself for the inevitable debates to come about Tyler Perry, the man and the work.

Over on my blog, Racialicious, any discussion of Tyler Perry immediately becomes polarized, with fans and detractors fighting for comment space. Does Tyler Perry really speak to the black community, or just a small, primarily religious and middle-class portion of it? Do his movies condone domestic violence? Should we support his movies regardless of what we think of them, knowing there are so few successful black filmmakers? And don't even get readers started on Medea -- the wisecracking, pistol-packing grandma with a heart of (tarnished) gold, the role that catapulted Perry to fame. The debate gets louder with each new release, but the argument boils down to one question: Does Perry's importance as a black filmmaker -- who uses actors and actresses of color -- outweigh the mediocrity of his work?

It's a question I go back and forth on. As a feminist, I bristle in my seat at his treatment of women. Nichole at Postbourgie throws a wrench in the Perry machine, noting:

TP wants to teach women how to have successful relationships by making sure their male partners are satisfied. His morality plays, on stage and film, scold women: Be quiet, in appearance and voice. Don’t try to be more than what you are. Serious ambition is a danger to the family. Be grateful for "good enough." Wait for the right man to notice you. Don't bring attention to yourself. Be appropriately thankful when a man takes care of you.

Of course, part of Perry's problem is the unfair burden placed on him as one of only two prominent African-American filmmakers, along with Spike Lee. There certainly are other black directors -- Gina Prince-Bythewood, John Singleton, Kasi Lemmons and Darnell Martin, to name a few -- but only Lee and Perry have the power and influence to produce major motion pictures, which puts an intense scrutiny on their choice of subject matter and project. (Tyler Perry's decision to write and adapt Ntozake Shange's "For Colored GirlsWho Have Considered Suicide When the Rainbow Is Enuf" wasn't exactly met with parades. I wrote about my own misgivings at the time.)

But while Spike Lee's movies are searing investigations into the black American psyche, Perry has more in common with the bland Hollywood romantic comedies of Ken Kwapis ("He's Just Not That Into You," "License to Wed"), Garry Marshall ("Valentine's Day," "Raising Helen," "Runaway Bride," "Pretty Woman") and Robert Luketic ("The Ugly Truth," "Monster in Law," "Win a Date With Tad Hamilton").

Tyler Perry, at heart, is an entertainer. He's good at churning out stories about people battling with life and love. There's nothing remarkable about the scripts that he produces; in a way, he's only doing what thousands of other white filmmakers do -- he's eking out a living making formulaic date flicks. But consider the fact that the romantic comedies of the past year barely featured minority extras -- far less minority heroes -- and you get a sense of how extraordinary it is that Tyler Perry puts African-American stories front and center in his films.

In the meantime, I just bought two tickets to "Why Did I Get Married, Too?" on Fandango. But if anyone asks, I'm there supporting Jill Scott.