The deplorable rise of the plastic Easter egg 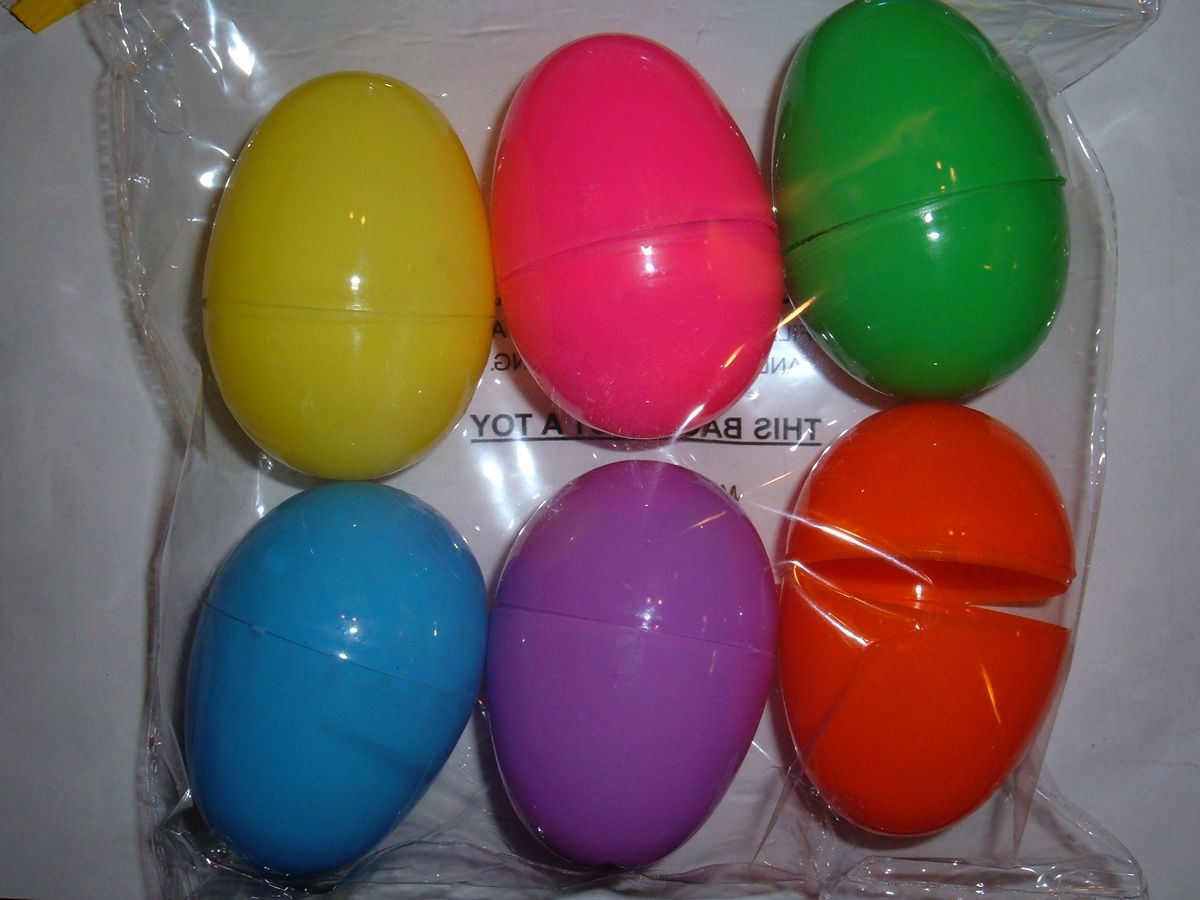 A six-pack of plastic Easter eggs.
--

If the traditional Easter egg is a symbol of resurrection, or a more paganesque generalized celebration of fertility, than what does a plastic Easter egg signify? I ask this question after learning from a Bloomberg News article that Easter is no longer the egg industry's biggest business holiday.

As plastic eggs have replaced the chicken-laid variety for hunting and decorating, demand has been declining since 2000, when sales doubled in the two-week period leading up to the holiday, Sauder said. This year, sales may rise 25 percent, he said.

If fewer chicken-laid eggs are sold for Easter, I suppose that means fewer chickens are consigned to nightmarish factory farms -- what the egg industry proudly calls "modern sanitary cage systems" -- so perhaps the rise of the plastic egg is good for chicken karma.

But I still can't get my head around the fact that this weekend, millions of children will, knowingly or unknowingly, reenact ancient rituals honoring the mystery of life by hunting for plastic eggs that symbolize the exact opposite of fertility and birth. Instead of resurrection, plastic eggs are all about everlasting nonbiodegradable un-death,  inauthenticity and cheap disposability, not to mention global economic trends eating away at the livelihood of blue-collar American workers.

I tried and failed this morning to find out who invented the plastic Easter egg, so I could curse his or her memory. But I did learn that a company called Peoria Plastics, a subsidiary of Bleyer Industries, once completely dominated plastic egg manufacturing in the United States, producing as many as 250 million a year up until the early 2000s -- when Bleyer declared bankrupty, citing its inability to compete with cheap Chinese competition.

Maybe if China revalues its currency upwards, thus negating some of its export advantage, a brave American manufacturer will restart the plastic egg production lines. Only then would the plastic Easter egg become a true symbol of resurrection. But I'm not holding my breath.

China Easter How The World Works