At a former segregationist magazine, six right-wing thinkers try to figure out just why black people can't keep up 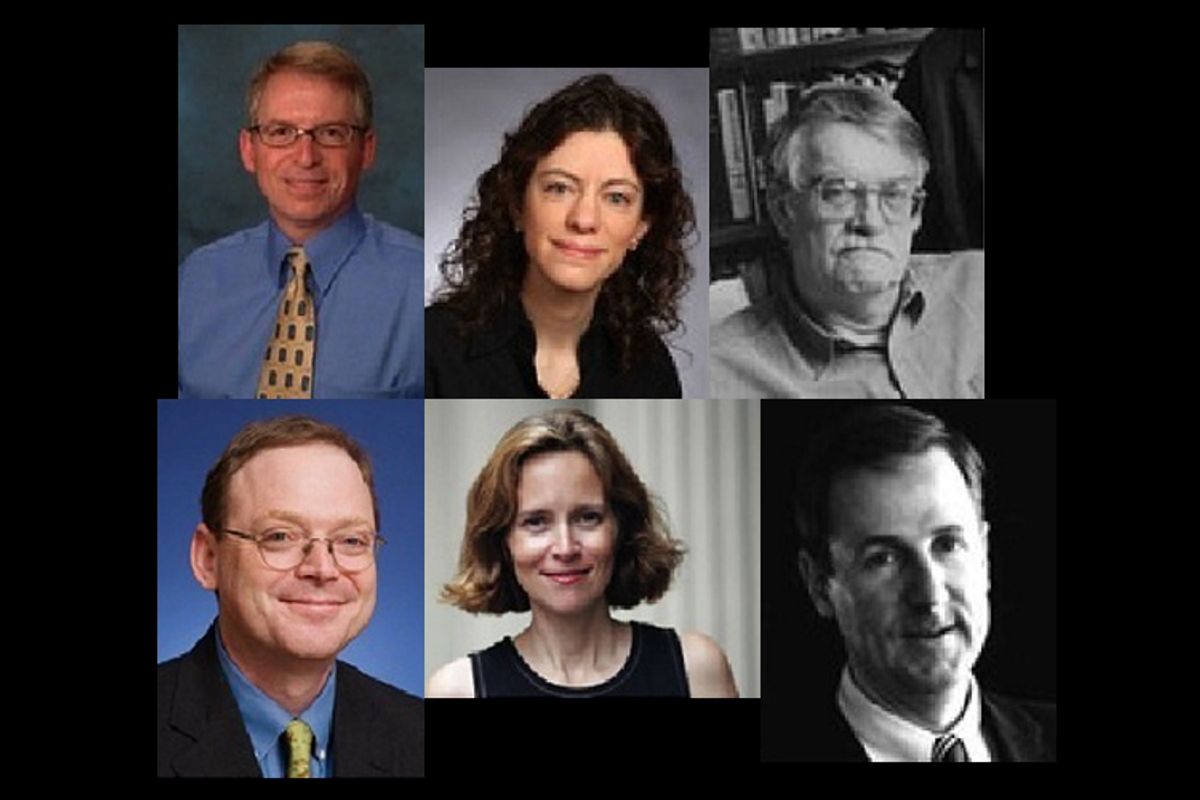 I'd like to tell a story of two magazines. The first is the New Republic, in the early 1990s, under the leadership of editor in chief Andrew Sullivan and his boss, publisher Marty Peretz. At that point, TNR had already been undergoing a neoconservative drift for decades.

In 1994, Sullivan gave the first major public hearing to the argument of Charles Murray’s infamous book "The Bell Curve," which held that American economic inequality was predictable according to the bell curve-shaped distribution of intelligence among Americans. It followed that poverty for black people was a result of the generally higher probability of African-Americans’ intellectual inferiority. Not all black people are stupider, the argument more or less ran. Just most.

There was, naturally, an uproar. TNR’s staff threatened to quit en masse, and Sullivan only kept them on board by running voluminous criticism of Murray alongside the 10,000 words he gave him. The piece shouldn’t have run in the first place. It was a pretty shameful episode in that magazine’s often depressing history. But at least it provoked outrage among the staff, and they were able to find a way to push back.

The second publication is the National Review, which, incidentally, continues to publish Murray regularly.

Two days ago, National Review Online published an article by economist and American Enterprise Institute fellow Kevin Hassett, wondering why recessions are worse for African-Americans than for white people. Hassett, who is best known as the author of the infamous "Dow 36,000," argues that economic measurements are unable to account for most of the extra harm that downturns visit on black people. "While it is possible that there is some other omitted variable," writes Hassett, "Occam’s Razor suggests that discrimination is alive and well. This might surprise many readers who live and work in well-integrated communities."

First of all, America doesn’t really have a ton of well-integrated communities, and those it does have -- well, they’re probably not jampacked with National Review readers. So it seems fair to guess that Hassett is indulging in a touch of faux-naiveté to protect the delicate sensibilities of his readers. Given the state of residential and industrial segregation in America and the rampant, racialized character of inequality, I’m going to guess further that most readers who were indeed surprised by Hassett’s basic contention are either ignorant or, like Hassett, feigning innocence.

But that didn’t stop NRO from feeling obligated to pull a reverse-Sullivan, and give space to a number of writers to criticize Hassett’s argument as, essentially, too easy on black folks. NRO yesterday ran what is being billed as a "symposium" on the issue, under the title: "Really a racial recession?" Subtitle: "Discrimination is an insufficient explanation for black unemployment."

First of all, as a few people have now noted, NRO apparently couldn't turn up a black person to join its symposium. All six members were white. This fact is aggravating because the dominant theme of the six contributions really does seem to be, "What’s the matter with black people?" You know who might have some insight on whether something’s the matter with them? Black people. Ideally, more than one -- they might even have different opinions from each other!

This isn’t entirely fair: The symposium had a decent amount of substantive discussion of policy issues. Nicole Gelinas, for example, pointed out that federal policy discriminates in favor of homeownership, rather than renting, which has a decidedly racialized impact. That's an interesting point, though it seems to undercut the argument that "discrimination" is not to blame for economic inequality. But this useful stuff is pretty mixed in with some casual, disturbing assumptions.

While all the contributors gave a bow in the direction of the persistence of "prejudice," none bought that it is a good explanation for the "racial recession." Instead, suggested Samuel Staley, a fellow at the Reason Foundation,

The key to lifting the economic fortunes of African Americans (and perhaps a clue to the persistent gap in employment) is imbuing an entrepreneurial ethic, and providing a policy climate, that allows them to offset the negative impacts of racial discrimination using their own skills and aptitudes.

Catch that? The reason African-Americans are doing worse in the first place is because they're missing "an entrepreneurial ethic," and teaching it to them is the key to helping them do better. Staley isn’t racist. He thinks black people have "skill and aptitudes" -- they're just too lazy to use them.

Or take contributor Stephan Thernstrom. Thernstrom pointed out that maybe achievement and training in education and previous work is the missing variable in the picture, rather than, as Hassett suggests, discrimination. "Were measures of absenteeism and infractions of work rules available?"

Then there is the ever-reliable Amity Shlaes, made famous last year for her mainly evidence-free claims that the New Deal was counterproductive. Shlaes pointed out that before the New Deal, black and white unemployment were comparable, but during the 1930s, black unemployment stayed much higher. Inadvertently, she proved herself wrong here.

Here’s what happened: Unemployment went up across the board with the Great Depression. The Roosevelt administration proposed a raft of programs to mitigate the crisis. Southern white conservatives agreed to go along with the idea, but only on the condition that black people were left out. (See Ira Katznelson’s excellent book, "When Affirmative Action Was White," for a history of this.) In other words, the New Deal did basically work, but white supremacists wouldn't allow it to be applied to African-Americans.

It's remarkable that Shlaes, and everyone else in this symposium, failed to mention America’s recent history of legal apartheid, which the National Review incidentally was on record in support of.

The inadequacy of Shlaes’ response gets at the deepest problem with this "symposium," one that’s shared by Hassett and his critics. These people are barking up the wrong tree looking for examples of bosses who fire Jamaal and not Jeremy. (Though those do of course exist.) The issue isn't individual "discrimination" or "prejudice"; it's systematic and structural, embedded in our institutions. The dead hand of racism in American history is behind economic inequality. It has always been that way, it goes all the way back to slavery, and it’s not really that hard to understand. The "missing variable" that Hassett is searching for isn’t something he can plug into a model. White supremacy is part of how our economy and our politics work. The only people who should be surprised by this are the people who, as Hassett suggests, hadn’t noticed that they’re still living in segregated neighborhoods, and who can’t grasp why black people won't vote for the Republican Party.