A young writer spent five intense days with the author of "Infinite Jest." Here's what they talked about 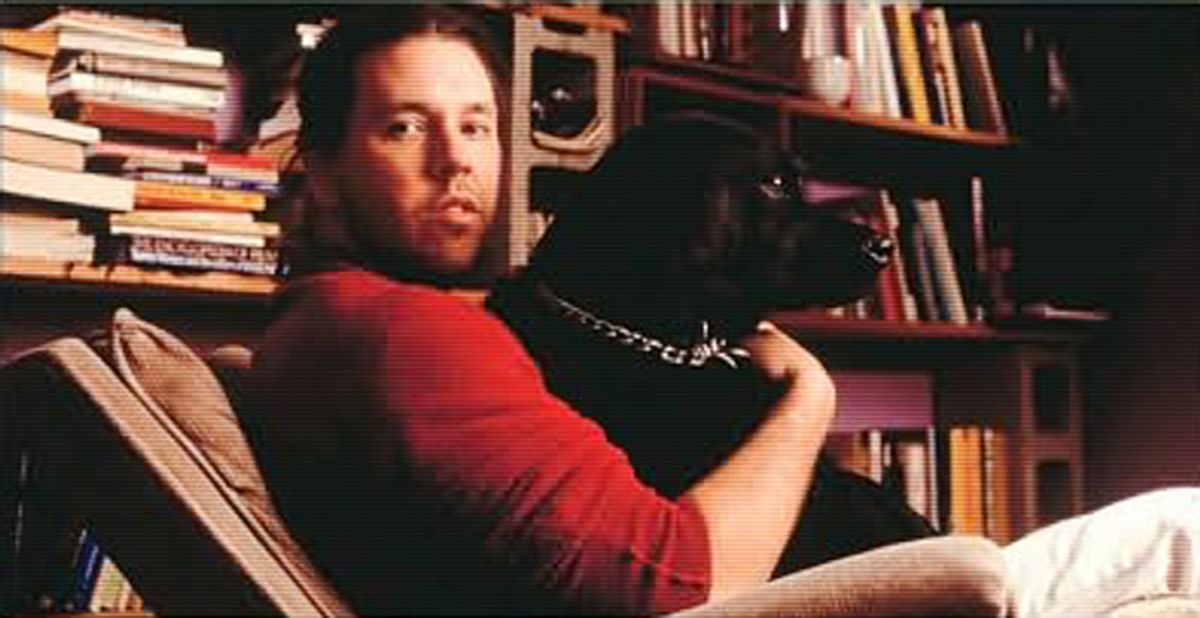 "What I would love to do is a profile of one of you guys who's doing a profile of me," David Foster Wallace said to David Lipsky in March 1996, when Lipsky was interviewing Wallace for Rolling Stone. It was the tail end of the book tour for Wallace's magnum opus, "Infinite Jest," and Lipsky, a novelist himself, was more than a little dazzled by the acclaim reaped by the 1,079-page novel. "It would be a way," Wallace explained about his idea of profiling Lipsky, "for me to get some of the control back."

The profile never ran (Rolling Stone sent Lipsky off to write about heroin addicts in the Pacific Northwest instead), and the interview went unused until last year, when Lipsky had the mournful task of writing about the last weeks of Wallace's life; the author killed himself in September 2008. Still, that left five days' worth of 1996 material largely untapped at a time when hunger for Wallace's words and thoughts has never been keener. "Although Of Course You End Up Becoming Yourself: A Road Trip With David Foster Wallace" is a book-length transcript of those three days, an engaging and occasionally frustrating record of an extended conversation between two young men who had no idea that, 12 years later, the literary world they took for granted would melt away and one of them would be dead by his own hand.

The posthumous transformation of Wallace's reputation has been a disconcerting thing to behold. In 2008, he hadn't published a novel since "Infinite Jest," and his final short story collection, "Oblivion," was filled with riches, but bleak ones, and a strenuous harvest to boot. His nonfiction, always more popular and accessible than his fiction, was no longer sensationally fresh. The moment for fat, formally adventurous novels designed to capture the historical moment seemed past, if for no other reason than that the media institutions required to launch such books -- the New York Times, Time and Newsweek, etc. -- had lost much of their authority. The kind of fiction Wallace wrote had begun to drift toward the cultural margins, and in August 2008 anyone nominating him as the most significant American writer of his time was more likely to have encountered raised eyebrows and sneers about "pomo cleverness" than appreciative nods.

Wallace's death was tragic, but the actual tragedy has been further wrapped in a mantle of hysterical pop tragedy, that process by which virtually any self-destroying celebrity is transubstantiated into the avatar of each fan's personal misery. (Special bonus irony: Who would be perfect to write about this metamorphosis? David Foster Wallace!) He's also been reincarnated in the public's imagination as a dispenser of inspirational wisdom, largely thanks to the circulation of the commencement speech he made at Kenyon College in 2005 (published in gift book format as "This Is Water").

The latter role would probably have made Wallace himself cringe, but it's not a bad fit. He was always burrowing down to the moral roots of whatever he wrote about. The best passages in "Although Of Course You End Up Becoming Yourself" show him doing just that with Lipsky, whether the subject is film (David Lynch's "Blue Velvet" was a turning point) or the likelihood that he'd behaved like a "prick" as experimentalist in the University of Arizona's realism-dominated creative writing program. To read what Wallace has to say about fiction's mission -- that its task is to surmount "loneliness," to illustrate the "toxicity" in the idea that "pleasure and comfort are ... really the ultimate goal and meaning of life" -- is as exhilarating as ever.

For the most part, Lipsky makes a worthy partner in these wide-ranging discussions, which took place in diners, pizza parlors, airport lounges and bookstores as well as during long drives across the icy Midwestern landscape around Bloomington, Ill., where Wallace lived at the time. They talk about books, movies, music and family.

And Wallace did get his wish in a way; the book winds up being an expression of Lipsky's preoccupations almost as much as Wallace's, an unwitting self-profile of the interlocutor at age 30. He was four years younger than Wallace, had published two novels to good reviews and had spent seven financially catastrophic years trying to live off of his fiction before turning to journalism. Lipsky is dogged in his efforts to get Wallace to talk about how great it feels to be so widely celebrated and well-reviewed, to make the bestseller list and read to packed houses on a multi-city book tour. Isn't he "thrilled"? Isn't it "exciting"? Wasn't it "fun"? And Wallace keeps telling him, over and over, that it's "nice" but he's trying not to think about it too much because "I gotta be very careful about how much of this stuff I take inside."

We now know Wallace wasn't entirely honest with Lipsky. After suffering a suicidal breakdown in 1989, he began taking the antidepressant Nardil. (He led Lipsky to believe that he rejected such drugs and he also claimed not to be "biochemically depressed.") In 2007, during a period of what Wallace's friend Jonathan Franzen called "optimism, happiness and strength," he decided to go off the drug. Unfortunately, Wallace's depression returned in a form that resisted all treatment, including Nardil.

Wallace believed that his earlier despair was in part a hangover from the success of his first novel, "The Broom of the System," and the relative failure of the short story collection that followed it, "Girl With Curious Hair." He'd also reached the end of a creative arc with "Girl," and concluded that "writing was empty and just all a game ... You get all that affirmation from the exterior that, when you're a young person, you think will make everything all right. ... It fucked with my sort of 'metaphysics of living' in an incredibly deep way."

"Infinite Jest" was Wallace's resurrection. "I've finally discovered I really love to write this stuff. I really love to work hard." In his conversations with Lipsky, he couldn't have been more clear about perceiving the accolades and attention that the younger writer coveted as a threat: "I'm so terrified that this [i.e., being profiled by Rolling Stone] is going to somehow twist me. Or turn me into somebody whose hunger for approval keeps it from being fun." Nevertheless, Lipsky kept prodding him to say "something positive" about his fame, and Wallace kept patiently deflecting him, finally announcing, "I'm serious, man -- this would have been over a day ago if you hadn't been somebody who writes novels."

Wallace did lose his temper just once, when Lipsky accused him of pretending to be less "smart" than he actually was, like an adult holding back while playing in a kid's softball game. It's an utterly ambiguous moment -- Wallace gives every sign of being hurt, which temporarily shuts down the conversation, but Lipsky's suspicion that he's been patronized and his courage in saying so can't be summarily dismissed. I don't think it's a coincidence that after this turning point the interview feels more forthright and searching.

In his introduction to "Although Of Course You End Up Becoming Yourself," Lipsky writes that when he pulled out these transcripts a year after Wallace's death, "one thing kept touching me: We were both so young." The text is studded with contemporary interjections noting that this independent bookstore has since shuttered, that literary publication has folded. The cultural apparatus that made the ascension of "Infinite Jest" possible no longer exists. All that's left now are the words on the page -- and on the pages of "Although Of Course You End Up Becoming Yourself," too, with the voices they conjure of two writers talking, talking, talking as they drive through the night.