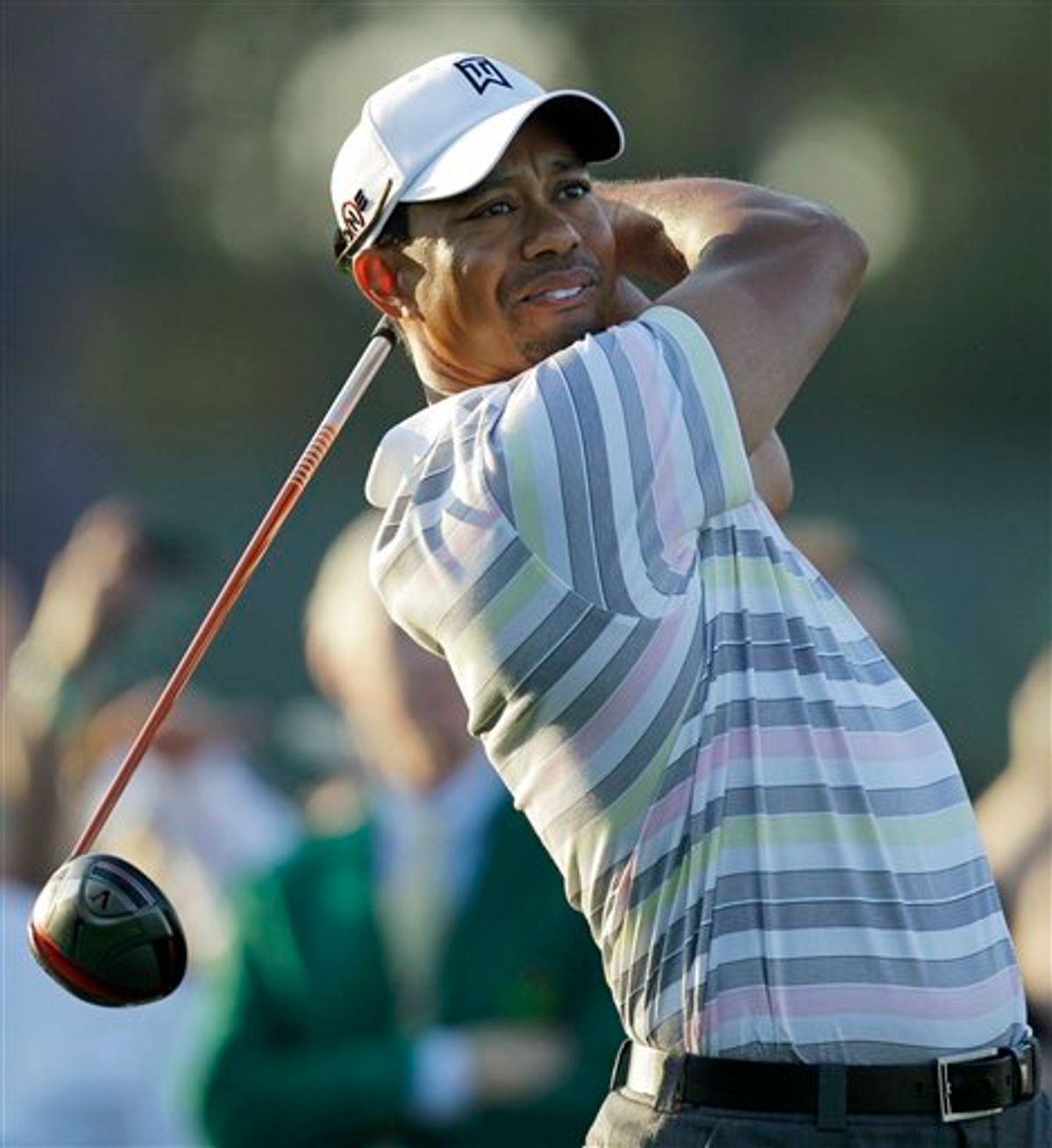 Tiger Woods tees off at the first hole during a practice round for the Masters golf tournament in Augusta, Ga., Monday, April 5, 2010. The tournament begins Thursday, April, 8. (AP Photo/Chris O'Meara) (AP)
--

Tiger Woods has apologized to his fellow golfers for being bombarded with questions about his private life, and says the reception of the Augusta National fans "blew me away."

Woods also revealed Monday that he had five stitches in his mouth after the infamous Thanksgiving night car crash that exposed details of his sordid private life.

Woods played a practice round with Fred Couples, and Jim Furyk joined them at the 13th hole. The crowd gave a tepid but respectful response, and Woods even stopped to sign autographs on the way to the practice range.

AUGUSTA, Ga. (AP) -- Tiger Woods mingled with fans after his practice round at Augusta National, actually stopping to sign autographs on his way to take a few extra swings at the range.

Sporting the makings of a goatee and wearing sunglasses, Woods rolled a couple of balls to kids sitting along the ropes at the 18th green, then caught the fans off guard when he paused on his way to the new practice range. He stopped briefly to sign caps and Masters flags before heading on to the new practice facility.

Woods normally avoids any contact with the fans when he's on the course, but this is a tournament unlike any other. The world's greatest golfer is playing for the first time since a Thanksgiving night crash outside his home cracked open his sordid private life.