Forget about unemployment, war, and global warming. America's got "Mad Men" and the iPad, so we're cool 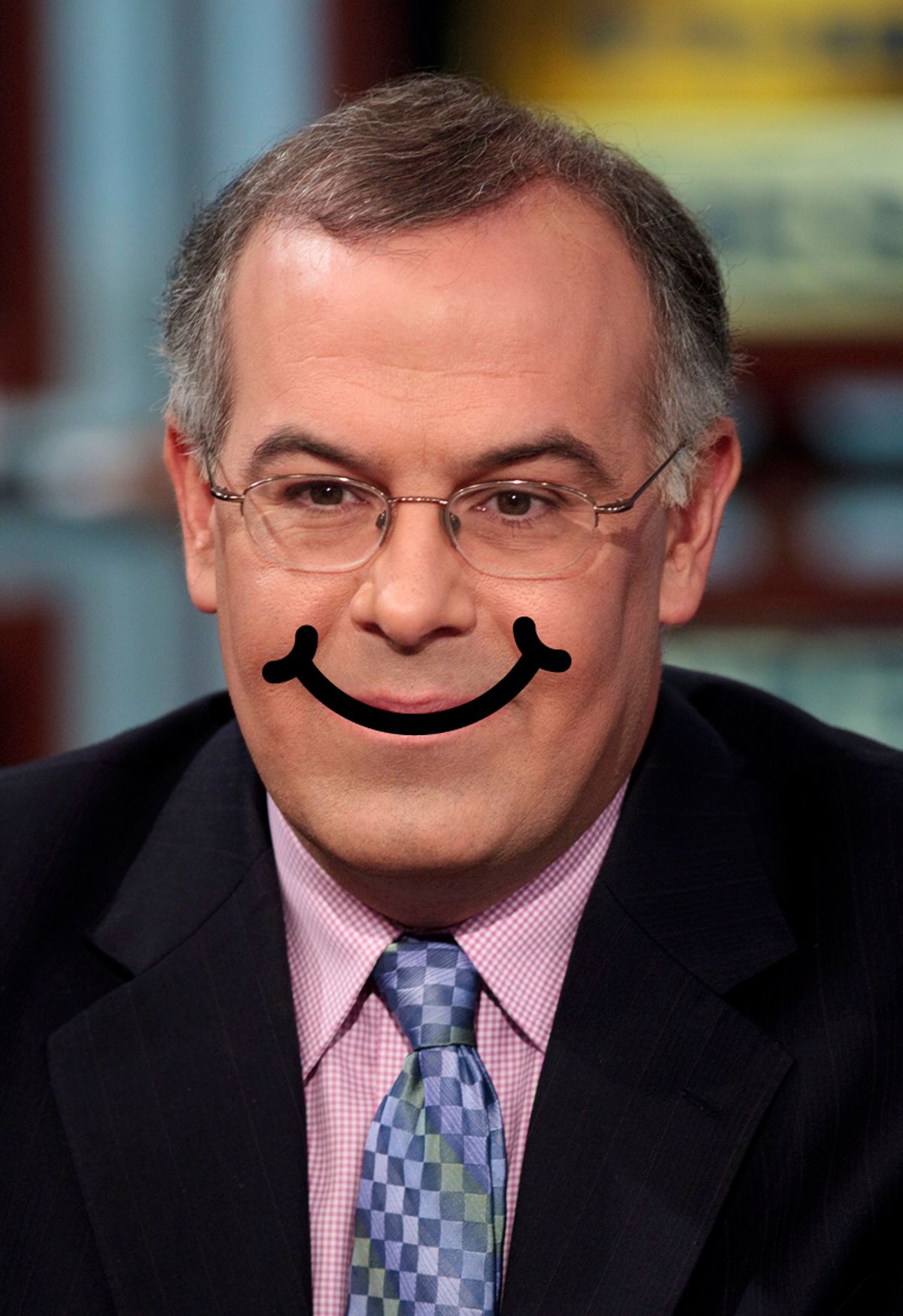 Thank God for David Brooks! While partisans of all stripes despair at the state of politics, the economy, and the world -- whether because government is out of control, or Wall Street, or Mother Nature or all of the above -- Brooks decided, in a most remarkable New York Times column published on Tuesday, to put on a happy face and tell us all about how bright and shiny our future is.

One could spend weeks unpacking and evaluating every assumption woven into the tapestry that is "Relax, We're Fine," but that would be a job fit for an encyclopedia author, not a blogger, so I'll place the magnifying glass on just one paragraph.

As the world gets richer, demand will rise for the sorts of products Americans are great at providing -- emotional experiences. Educated Americans grow up in a culture of moral materialism; they have their sensibilities honed by complicated shows like "The Sopranos," "The Wire" and "Mad Men," and they go on to create companies like Apple, with identities coated in moral and psychological meaning, which affluent consumers crave.

Before trying to understand what Brooks is getting at here (a project I am not entirely confident is even possible) let's just contemplate the brilliance of citing, in the context of a column telling us how super peachy-keen life in America will be in the future, the three TV shows "The Sopranos," "The Wire" and "Mad Men" as the acme of American "emotional experience" entertainment products. I have nothing against these shows -- they are all marvels of craft -- especially "The Wire" -- but the complicated message they convey about what it means to be American, I would argue, is profoundly dark and negative. Violence, greed, corruption, poverty, crime and, in the case of "Mad Men," the market-driven manipulation of consumer desire -- these are our American dreams, this is what makes us special! I for one, am grateful that a show like "The Wire" was made so well that watching it distracted me from the terrible reality that its actors and writers captured in such rich depth. Whenever I feel down and out, there is always a DVD that can make me feel better! This, then, is what the world has to look forward to -- American-made entertainment products so magnificent in evoking how fucked up everything is that we no longer have the time or attention span to worry about anything except whether we've programmed our TiVo correctly to capture it all.

But what, precisely, is "moral materialism?" If morality concerns the rightness or wrongness of something and materialism is the doctrine that everything in the world can only be explained in terms of matter -- then Brooks must be saying that essence of American culture, perhaps even our salvation, likes in our ability to imbue physical things -- consumer products -- with a quality of righteousness.

I guess we are all moral materialists now, having been raised in a Mad Men-concocted culture where General Electric brings good things to life and Coca Cola is the real thing and Apple inspires us to think different, so that our self-worth is measured by the quality of the HD flat screen on which we view our Netflix-streamed episodes of "The Wire."

And then there's Apple, with its identity "coated in moral and psychological meaning." I'm assuming that refers to Steve Jobs' success in creating a corporate brand that combines the ruthlessness of Tony Soprano with the cool swagger of Stringer Bell and the seduction of a Don Draper. Because make no mistake: Apple is a pusher man, a marketing wizard, and a made man, all in one. Real crime syndicates just wish they could enforce omerta with the success of Steve Jobs. Your local coke dealer hungers for customers that would buy product, sight unseen, like Apple cultists.

Apple makes great products and HBO pumps out awesome TV shows and the iPad will presumably allow us to merge both together. To channel the immortal Spicoli -- that's morally awesome dude! And in a morally materialistic world, maybe that should be enough to quench our existential angst, to sate our yearnings for something greater, something even cooler than pinch-to-zoom. We have perfected the art of producing high resolution versions of complicated screwups -- that's our destined  niche in the global economy of the future: no one will beat America's ability to package creative content that exposes the failures of the American experiment -- growing inequality, environmental degradation, the persistence of discrimination based on race, class, gender, and sexual orientation -- you know, all that social injustice stuff.

So no, David, I can't relax, because we're not fine. We're just very, very good at pulling the wool over our own eyes while distracting ourselves with shiny baubles and crisp turns of phrase.