Polls show both Democratic Senate candidates running well against the Republican. But there are some ominous signs 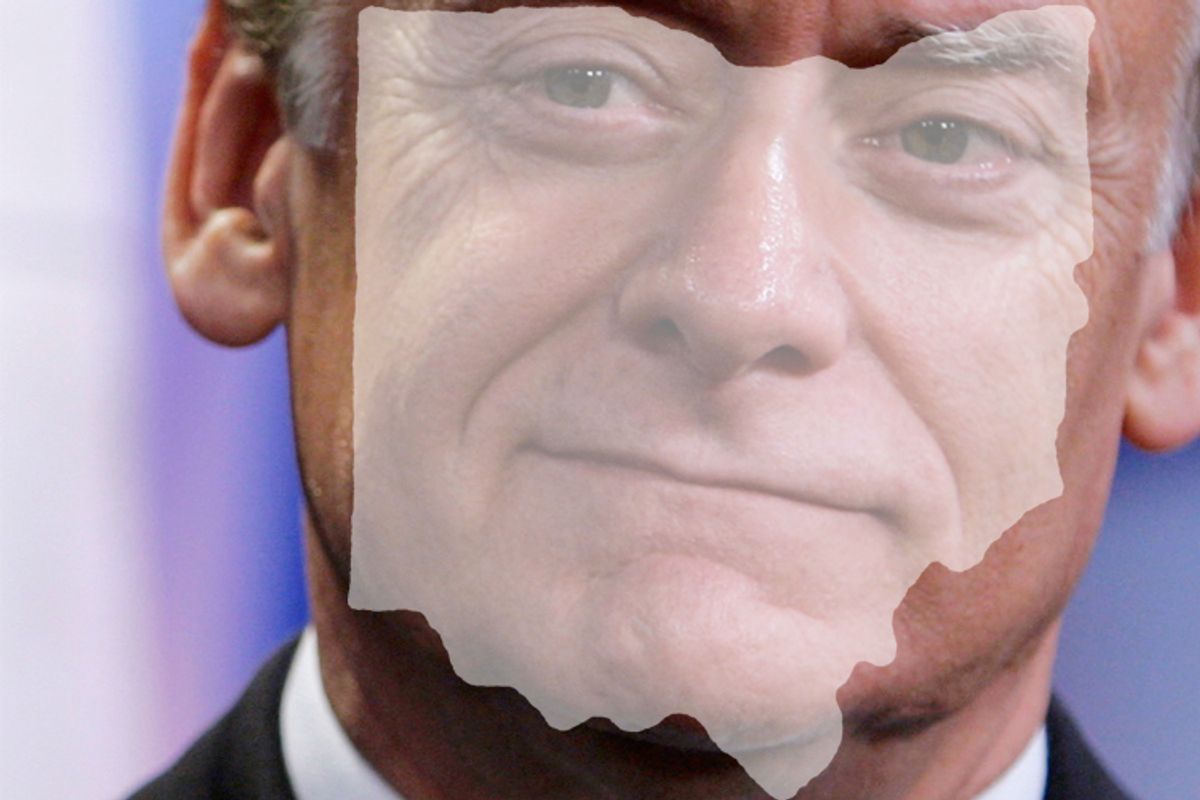 With Democrats facing an unfavorable midterm election climate, opportunities like Ohio -- where they have a very real opportunity to claim a Senate seat currently held by a Republican, the retiring George Voinovich -- are not to be wasted.

But so far, polling and fundraising numbers offer a mixed outlook for the party. On the plus side, one of the three surveys released in the last week, from Quinnipiac University, gave each of the prospective Democratic candidates -- Lt. Gov. Lee Fisher and Secretary of State Jennifer Brunner -- slight leads over Republican Rob Portman, a former congressman and Bush administration official. The other two, from Public Policy Polling and Rasmussen Reports, showed Portman only narrowly ahead. In Ohio, where the economic decline centers on the collapse of the manufacturing sector, the ardent free-trader Portman comes with ready-made weaknesses for the Democratic nominee to exploit.

But less than a month before the Democratic primary, Fisher and Brunner are in a bit of a stalemate -- and their sleepy campaign has revealed potential vulnerabilities for both.

Last week's Quinnipiac poll gives Fisher a 33-26 lead, with 40 percent of voters still undecided. It's somewhat surprising that Fisher hasn’t been able to put Brunner away despite having a sizable financial advantage and labor backing (although that may change, assuming he starts spending money on television advertising soon). A common knock on Fisher is that he's a boring candidate -- and also one who has previously lost several bids for statewide office.

Brunner, on the other hand, has attracted good notice for her feisty but effective tenure as secretary of state, but her fundraising has been disastrous. At the end of 2009, she reported having raised only $93,000 in the fourth quarter, leaving her with $60,000 in cash on hand -- an amount that would be grossly inadequate for a House race, let alone a Senate contest in a populous state.

The question about Brunner seems to be: If Fisher arouses so little enthusiasm, why hasn't she been able to translate that into dollars? If she were to face off with the well-connected Portman, who had over $6 million on hand at year's end, she would enter the general election with a 100:1 financial disadvantage. Brunner has started reaching out to the netroots this year to make up some financial ground, leaving one to wonder where she'd be now if she'd started doing this last year.

Their relative polling parity, in the primary and in general election trial heats, suggests that Fisher and Brunner are both functioning as generic Democrats right now to an electorate that isn't paying much attention. But as May 4 gets closer, their fight figures to resemble a familiar clash: money and perceived inevitability versus idealism and ground troops.