Net neutrality ruling is a call to arms 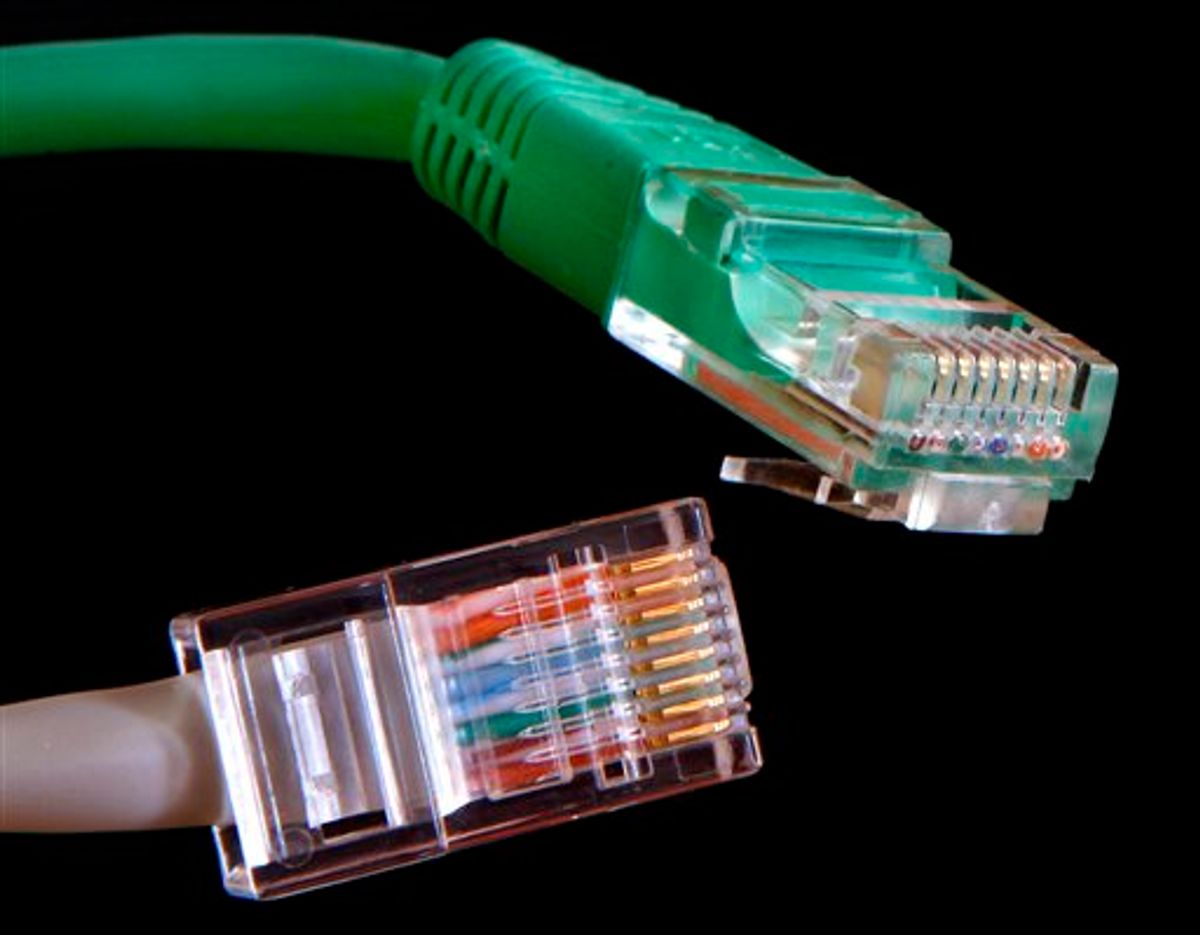 The U.S. Court of Appeals for the District of Columbia ruled today [PDF] that the Federal Communications Commission doesn't have the authority to enforce "net neutrality," which requires companies to treat all traffic over their networks equally.

The case was brought by Comcast. A little history: The initial case started in 2007, when Comcast customers noticed the company was "throttling," or slowing/stopping, peer-to-peer network sharing. (Peer-to-peer network sharing has many legitimate uses, but it is most known, of late, for being the way that BitTorrent and other media downloading apparatuses make illegal sharing of copyrighted materials possible.)

Why would Comcast care if people were sharing files? For a couple of reasons. Shared media files are often large (think: movie downloads) and take up a lot of bandwidth. Also, Comcast, being a cable company, is in the business of charging people to watch movies and television shows; if people are able to access those programs for free, it loses money. Beyond all of that, Comcast could afford to make P2P sharers angry -- in many places, your choice for fast Internet service is Comcast or no one. The fact that Comcast could do this under a thin veil of claiming to be stopping media piracy was just the icing on the cake. The choice to throttle made all kinds of business sense.

Customers, however, were not happy, and two groups filed complaints with the FCC. The FCC told Comcast, "Hey, not cool," saying the throttling violated the FCC's "Internet Policy Statement," which holds that "consumers are entitled to access the lawful Internet content of their choice." Because that rule already existed, the FCC said it didn't even need to issue new rules to handle this problem and could, instead, just tell Comcast to knock it off. Comcast agreed. It had already changed the way it was doing things, so the FCC just made it publish those changes for customers, and said, essentially, if you do this again, we're gonna make a rule.

Is everyone happy? No. Enter the court challenge. Comcast played along, but it also saw an opening to challenge this FCC ruling. It did so on three points: that the FCC doesn't have the authority to intervene in how Comcast (and other companies) manage their networks; that the FCC has no real power to adjudicate disputes (that it can only solve problems by issuing rules, not by choosing sides); and that the initial order was "so poorly reasoned as to be arbitrary and capricious."

It's the first part that the court based its decision on. Basically, it found that the FCC does not have the authority to tell Comcast, or any other network provider, how to manage network traffic. Maybe that sounds self-evident, but think for a moment about the consequences. A company is now allowed to sell you Internet service and not tell you that your Internet will be limited to what they'd like you to see, hear and use on the Internet.

Comcast, which is, incidentally, my Internet Service Provider, is currently trying to acquire NBC Universal. If it does, it will own not only the means of distributing that content but also the means of creating it. It will have twice the incentive to begin throttling bandwidth for those who want to share videos over the Web -- and not just using torrents. This ruling opens the door for companies to be able to slow or even block traffic to competing sites.

For instance, Comcast currently runs a site called Fancast. Fancast is like Hulu, only, well, less awesome. It offers TV episodes and movies, some news and entertainment stuff, and a lot of advertising for Comcast. Who's to say now that Comcast wouldn't make sure that anyone trying to access Hulu found it very, very slow going? After this ruling, not the FCC.

Net neutrality, which has been cheered for by groups from Google to the ACLU, has seemed a little closer of late. The FCC proposed new rules last fall that have been up for comment since September. The idea was that they'd make all carriers neutral carriers under new rules. The Court of Appeals ruling, today, says that the FCC doesn't have the authority to make rules like that.

I assume the FCC will appeal, but -- with the courts being how they are -- I don't know that I expect there's going to be success. Which means only one body does: Congress. And good luck with that.

This is going to end up being a very important fight. It's not really the ability to watch "Castle" at high speed that we're talking about (though that is very important to me), it's the ability to be assured that companies don't censor information based on their own corporate interests. I don't want Comcast stepping in to make Candidate X's Web site run more slowly because Candidate X opposes net neutrality; I don't want AT&T to decide that I can only use Yahoo!, not Google, on my iPhone because they have corporate ties.

It's one of those "Call your congressman" moments. Rep. Markey introduced the Internet Freedom Preservation Act of 2009 last year, and had 21 co-sponsors. It would make it illegal for companies to discriminate against users and types of content. The bill hasn't made it out of the House Committee on Energy and Commerce. It might be nice if it did.