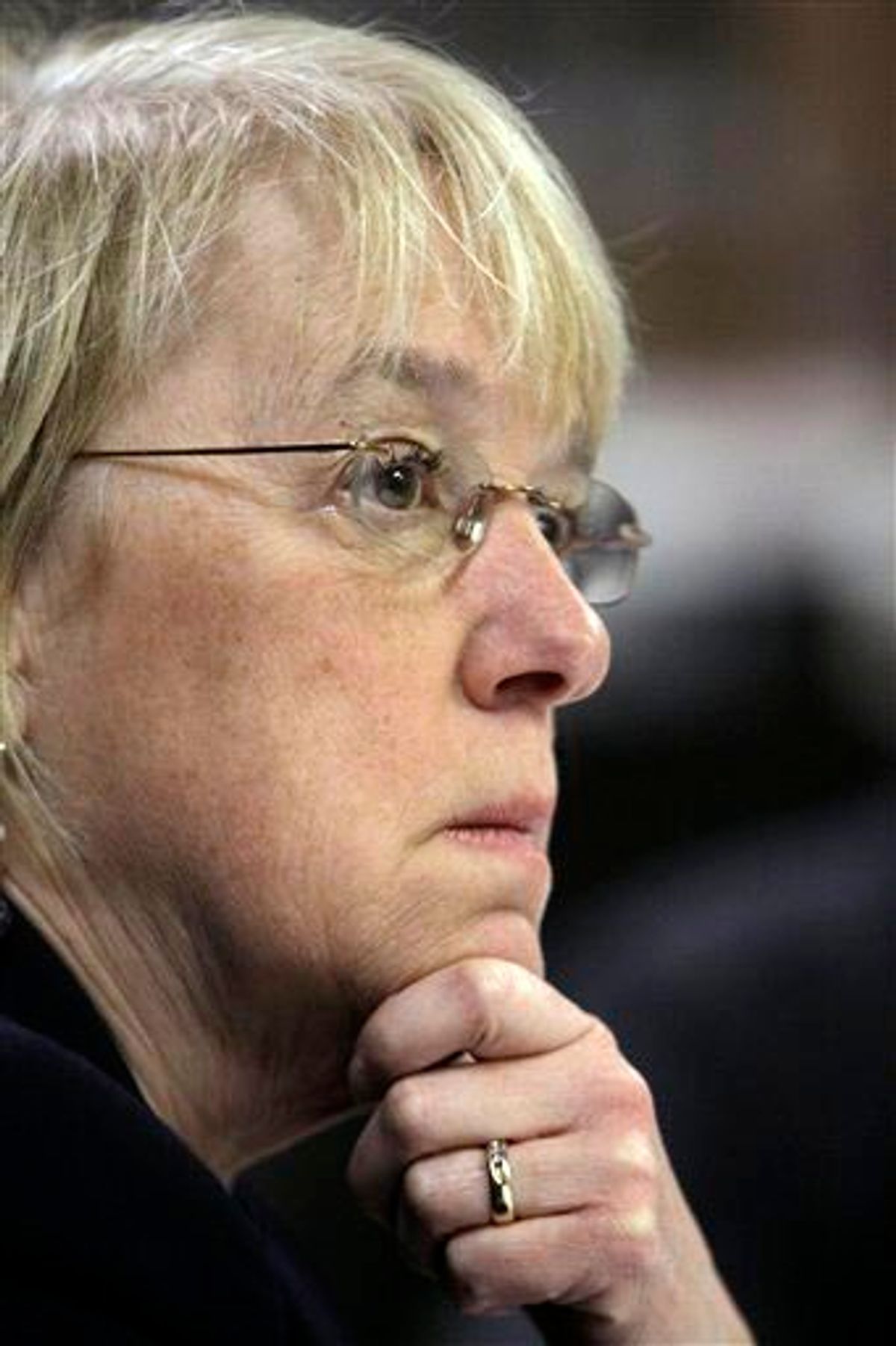 Sen. Patty Murray listens during a forum with unemployed veterans and veteran business owners Tuesday, March 30, 2010, in Seattle. Murray discussed with the veterans the barriers faced in the job market and the unique skill sets vets bring to employers. Murray is preparing to introduce major veterans employment legislation in the Senate. (AP Photo/Elaine Thompson) (Elaine Thompson)
--

A Washington state man has been charged with threatening to kill Democratic Sen. Patty Murray over her support for health care reform.

An FBI agent's probable cause statement says Murray's office in Seattle reported the threats, which were left on voice mail from a blocked telephone number. Agents say they traced the calls to Wilson's home in Selah, near Yakima.

Murray's office told the FBI it had been receiving harassing messages from the caller for months, but they became more threatening as Congress was voting on health care legislation.

Excerpts of the expletive-laced messages transcribed in court documents show the caller saying he wanted to kill the senator, and it would just take one piece of lead.