Teen pregnancy on the decline?

New figures show a reversal of an uptick in recent years. What gives? 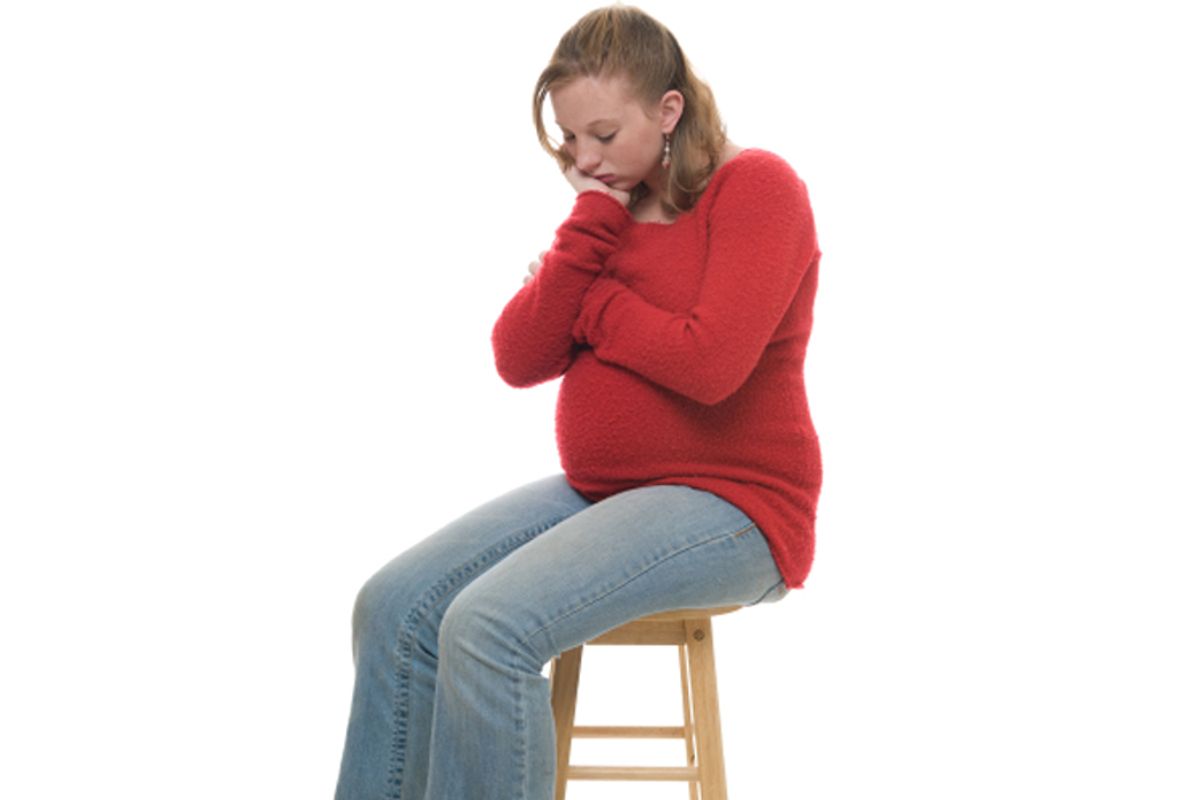 New figures from the National Center for Health Statistics indicate that teen birth rates are dropping -- welcome news that seemingly reverses the increase in teen pregnancies that took place between 2005 and 2007. The latest numbers, reflecting the period from 2007 to 2008, show a 2 percent drop in births among U.S. girls 15 to 19. Since numbers from 2009 aren't yet available, it's too soon to tell which fluctuation is the anomaly -- and, regardless, a one- or two-year blip in either direction is not enough to signal a full-blown trend (prior to the 2005-2007 spike, however, teen pregnancy rates had been steadily declining for more than a decade). One thing is certain: This development comes at a tense point in the battle over sex education.

Though President Obama had campaigned on eliminating funding for abstinence-only programs -- and indeed pulled money for those endeavors in previous budgets -- a little-noticed provision in the healthcare reform bill slipped back in $250 million in federal funds for abstinence-only education. Proponents of such programs point to a recent study showing that they might actually -- gasp! -- be effective, but most conveniently overlook the part of that same report indicating that the programs in question only emphasize delaying sex until one is ready, not until marriage; and avoid the kind of sex-shaming and proselytizing that is a hallmark of the Bush-era abstinence programs.

Though some might not be getting the crucial information they need in the classroom to make fully-informed, safe decisions about their own bodies, teen girls sure are being barraged with babies from every direction. Whether it's real-life teen moms like Jamie Lynn Spears and Bristol Palin propping up their babies as examples of "what not to do," or the endless stream of girls-in-crisis TV shows ("The Pregnancy Pact," "The Secret Life of the American Teenager," "16 and Pregnant," "Teen Mom"), it's hard for teenagers to avoid at least network-sanitized cautionary tales of what can happen without proper protection.

Although, the Washington Post's coverage suggests at one point that such shows might actually be encouraging teens to get pregnant because they unwittingly portray having a baby as "an enhancement of the teen mom's social life." That's hardly giving teens enough credit (it also ignores the fact that these shows all debuted years after the pregnancy uptick); if any shows are to blame for encouraging irresponsible behavior (a sketchy premise in and of itself), it's ones that don't put the consequences of such actions front and center.

While we twiddle our thumbs waiting on last year's numbers, remember that teens are being entertained with incomplete versions of sex education (not to mention outright lies taught in some classrooms) and glossy versions of teen pregnancy on TV that virtually leave discussions of abortion out altogether.