A reader scolds: Acquiring "stuff" is OK -- as long as the social cost is bearable 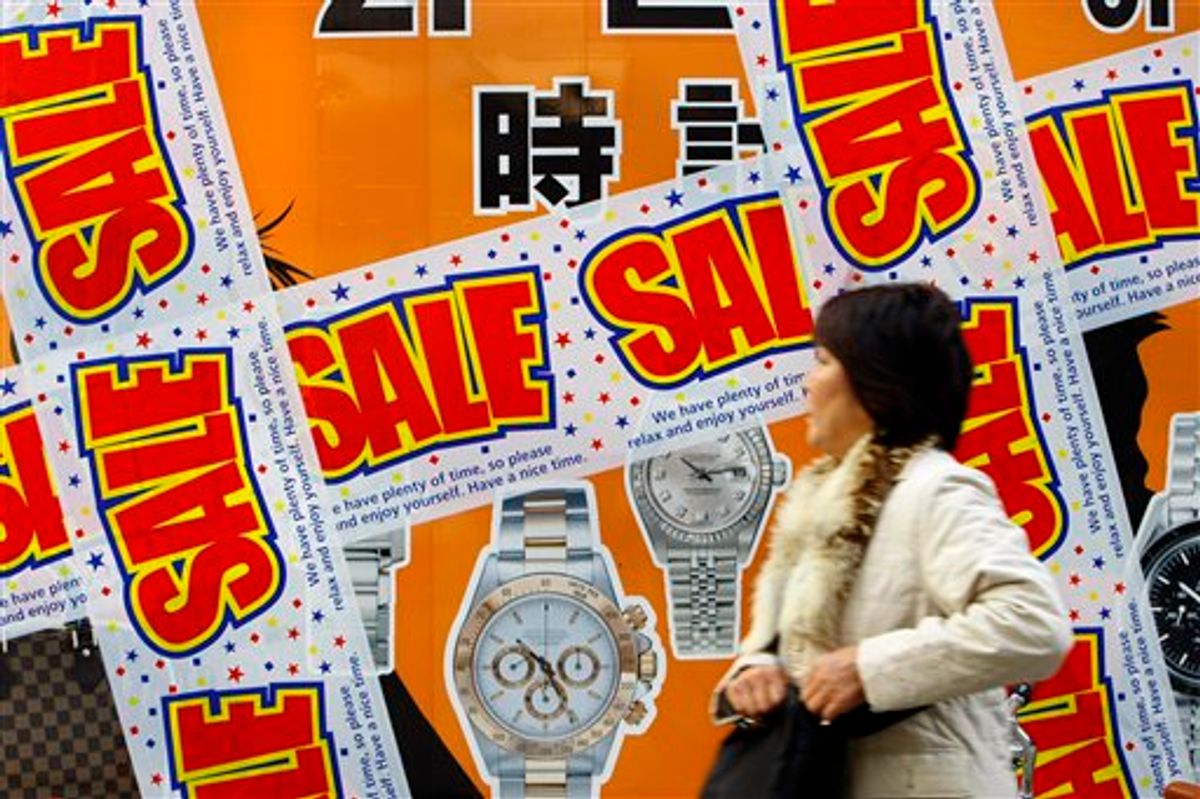 Salon reader jboisseau smartly disagrees with my attack on David Brooks' Tuesday New York Times column, in which, among other things, the writer endowed Apple's products with "moral and psychological meaning."

In a way, you've proved Brooks partially wrong, but not in the way you think. Your simple-minded approach to his point indicates that Americans such as yourself have a long way to go until they reach the moral maturity he is optimistic about.

Brooks' point about the complexity of the TV shows he named was not related purely to their content as you seem to believe (believe it or not "gangsters exist" is not the message of "The Wire" -- you should stop watching it if that's what you think). The message is the moral relativism of these shows and the idea that people's motives and existences are not as simple and Manichean as we (you) might think.

Moral materialism is not, as you seem to believe, the idea that "greed is good" -- Americans debunked that idea on a mass social level in the '80's. Nor is it assigning easy labels to consumer goods (sorry -- the idea that anyone would think so simplistically is laughable).

Moral Materialism is the idea that it's okay to want and to acquire "stuff" as long as the greater social cost isn't untenable. Itâ€™s about finding balance between being an acquisitive and class-conscious race (we are -- don't try to deny it) and creating a society that cares for its less fortunate and strives for a greater cultural/societal/environmental "good." The definition of that "good" remains fluid and escapes narrow definitions by necessity since society is constantly re-defining it according to conditions. I know that won't be enough for you, but attaining a purely ascetic condition as a society is a non-starter. If you think it's attainable, you will fail.

I could take issue with some of jboisseau's characterizations of my argument -- I don't believe I equated moral materialism with the idea that "greed is good" or that I desire a society that attains "a purely ascetic condition" or that the message of "The Wire" is that "gangsters exist." And the implication that I would try to deny that Americans are class-conscious is kind of nutty. But I'm sure David Brook would argue that I misinterpreted and unfairly characterized his argument too. All's fair in love, war, and Web discourse.