I've heard it's creepy and exploitative. It's also marketing genius 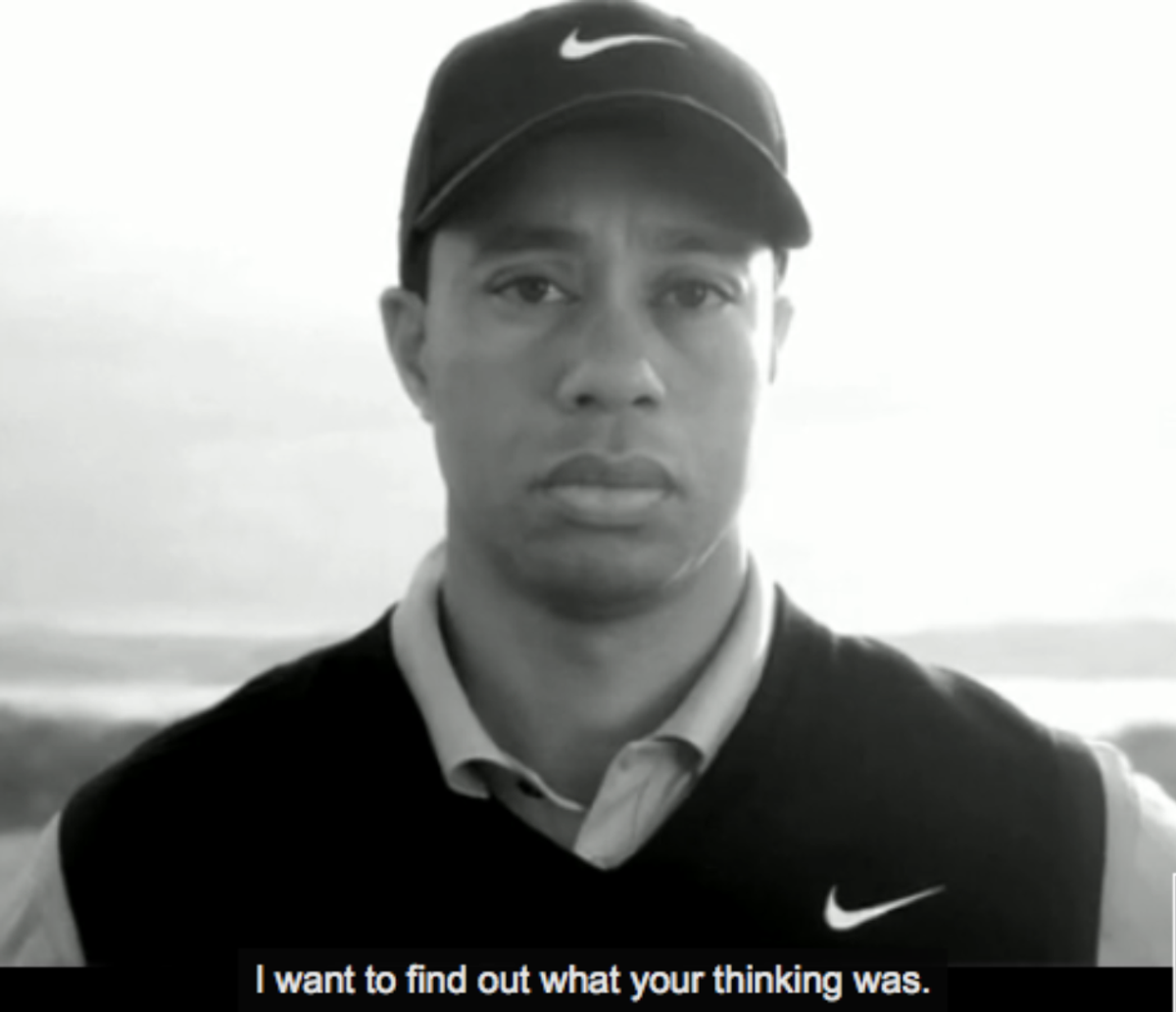 Tiger's Nike commercial has generated a lot of negative reaction, which makes sense: Negative reaction to Woods has become a commercial industry. Maybe I'm dead inside, but I thought it was a ballsy move. Shame on the sponsors who scurried away like frightened bunnies.

The 30-second black-and-white ad features a long shot of Tiger while we hear the voice of his late father, Earl: "Did you learn anything," he asks. So Nike wants Earl to posthumously grant Tiger humanity. How can I be offended when every other beer commercial wants me to choose alcoholism over committed relationships? How can I be angry when Tiger's former sponsor implied that shaving cream would be the genesis of my personal harem? Cynical as this campaign might be, there are worse messages than, "Your hero athlete is human."

And for those of you so shocked by the posthumous cameo -- those who wag fingers as though this is an act of necrophilia? You can say that Tiger is pimping his dead father, yell it loud if you're offended. But didn't Earl pimp Tiger's image before the kid even had object permanence? They were both all-in on Tiger, the Icon. Hollow as that pursuit was, it was theirs. Earl may not be here to quibble over the methods, but you bet he would want in on framing this debate.

I'm not here to quibble over the methods either. I found the ad visually striking, and wholly engrossing. I felt shocked by the spot, which is more than I can say for the incessant parade of "cars driving down the winding street!" commercials. Credit the swoosh for stirring the pot. Are you not entertained?

Somehow I'm not enraged by a sneaker company's attempt at redeeming a pitchman who should need no redemption, who is guilty of nothing but consensual sex that jeopardized a crappy marriage. Well, I do feel fury, but it's directed toward our predilection for throwing people into stocks. But screw all those dense arguments about broad implications and societal subtext: The ad was sleek, let's watch some damned golf.