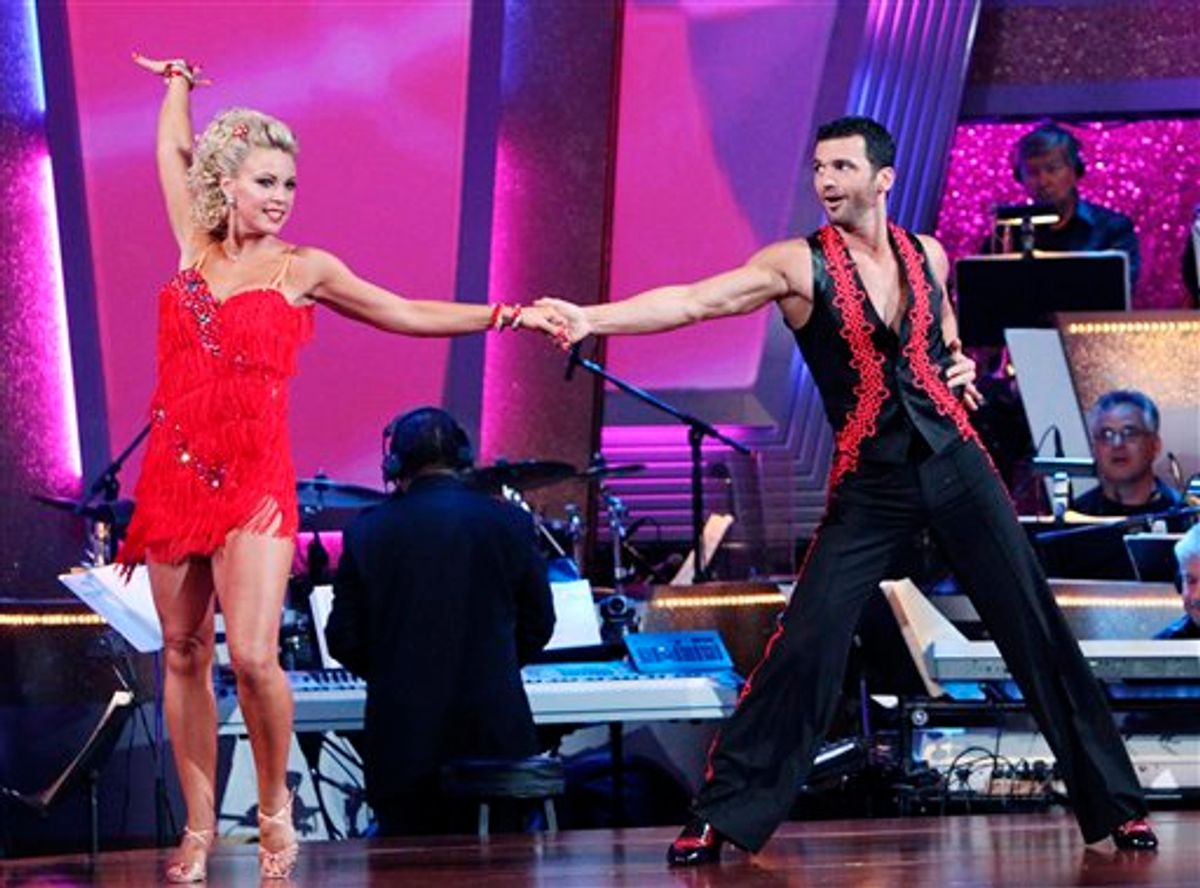 In this image released by ABC, Kate Gosselin , left, and her partner Tony Dovolani perform on "Dancing with the Stars," on Monday, March 29, 2010 in Los Angeles. (AP Photo/ABC, Adam Larkey) (AP)
--

"Twist of Kate" will follow the reality star and supermom as she visits the homes and workplaces of her subjects, where she will exchange insights for living. The 12-episode season will premiere in late summer, the TLC network said Thursday.

The single mother of young twins and sextuplets, Gosselin will also revisit her family life for a series of "Kate Plus 8" specials beginning in June.

Kate and her then-husband Jon starred for several seasons in the hit reality series "Jon & Kate Plus 8," which collapsed last fall as the couple's marriage fell apart.

This week, Jon Gosselin sued his ex-wife for primary custody of their eight children.

Gosselin's attorney, Anthony List, has previously accused Kate Gosselin of neglecting the children because she appears on ABC's "Dancing With the Stars," a charge her attorney rejected as "patently false."