"Parrot and Olivier in America" 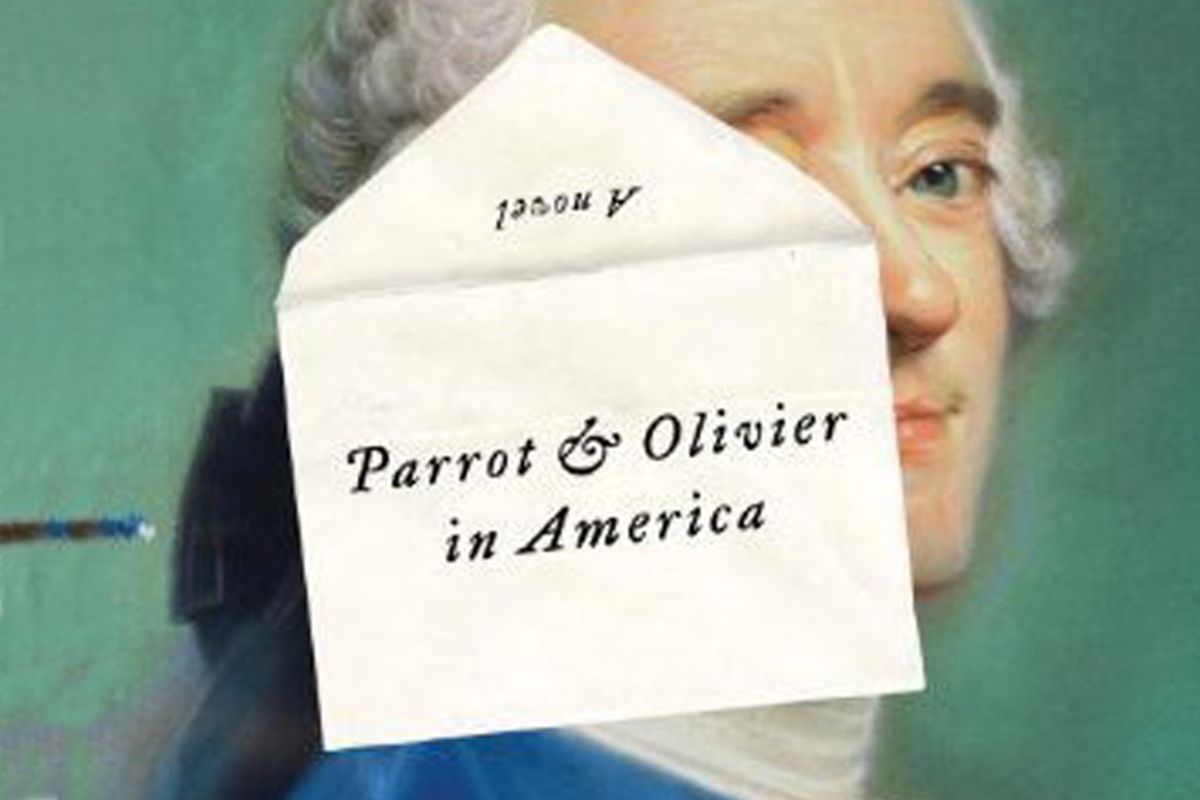 Although he's won the Booker Prize twice (for "Oscar and Lucinda" and "True History of the Kelly Gang"), Peter Carey doesn't quite match the American notion of a great novelist; for one thing, his books are too much fun. (Tellingly, the least comic products of his pen tend to be the most celebrated.) Shouldn't literature taste more medicinal — like, say, the works of that other double Booker winner, J.M. Coetzee? Also, Carey has mostly written about Australia (both the country and the state of mind), which Americans find perplexing. We regard Australia as too much like America to be interestingly foreign, so why harp on it? Why not just act as if you're already American? It works for half the movie stars in Hollywood, after all.

So while Carey has lived in New York for two decades, he still feels like a Commonwealth novelist, the kind of writer who consistently produces a satisfying, well-shaped, inventive and entertaining book every two or three years without excessive fuss or bother. This is not how we do it stateside. To read any novel more challenging than an airport thriller, Americans usually need to be persuaded that the book is epochal, the result of a heroic effort to define our times, undertaken by a stormy and (ideally) clinically depressed genius. We figure that if we have to exert ourselves to read it, we want a guaranteed pay-off in cultural capital.

Carey's latest novel not only is about America but even has "America" in its title. His publisher is calling it "ambitious," signaling a bid for greatness, American-style. But rest assured that "Parrot and Olivier in America" is still a Peter Carey novel, which means that it's amusing and wise and graceful to a degree that we almost don't deserve.

Characterized as an "improvisation" on the life of Alexis de Tocqueville (the author of "Democracy in America"), "Parrot and Olivier in America" describes the adventures of Olivier-Jean-Baptiste de Clarel de Garmont, a snobbish, cosseted French aristocrat who is sent across the Atlantic by his relatives in 1830. He's supposed to be researching a report on American prisons, but in truth his imperious mother has had him kidnapped; France has become a dangerous place for young noblemen of Olivier's idealistic, if somewhat muddled, political sentiments. Sent along with him, unwillingly, is Parrot, an Englishman twice Olivier's age, the orphaned son of a radicalized journeyman printer and a man possessed of far more talents than meet Olivier's class-blinkered eyes.

The two men detest each other. Olivier, who can trace his ancestors back to King Clovis, objects to Parrot's impertinence. Parrot marvels over "the general thoughtlessness of aristocrats. They never imagine a man has a life of his own." In the U.S., they encounter all manner of typical American specimens, from a Jewish theatrical producer to a couple of sharpsters who've figured out how to use carrier pigeons to corner the stock market to a draper's son who has lovingly amassed a magnificent personal library. As must be expected from a man of his age and temperament, Olivier falls passionately in love, while Parrot, a frustrated artist, suffers a crisis of purpose. Gradually, they warm to each other and form what Parrot calls the "most impossible of friendships, perhaps the only example of its type the world had ever seen."

As this buddy-movie premise suggests, Carey is not above the occasional pop stratagem. And what is America, after all, but a place where people have the chance to prove that they are more than they appear to be, a place where character can deepen and evolve? Parrot comes to see that Olivier's childhood was as anxious and grief-haunted as his own. Olivier discovers that his "servant" is a man of honor and erudition.

Throughout, they argue the merits of democracy; several of Olivier's observations are lifted from the writings of Tocqueville, with whom he shares a few (though by no means all), biographical details. Like Tocqueville, for example, Olivier regards the rocking chair (supposedly invented by Benjamin Franklin) as an illustration of American restlessness and wonders why a purportedly anti-aristocratic society is so fond of emblazoning everything with bogus coats-of-arms.

At the heart of the dispute between Olivier and Parrot is what Olivier calls "the awful tyranny of the majority" and his conviction that "there can be no art in a democracy." An egalitarian society, he says, will support no "class with the leisure to acquire discernment and taste in all the arts. Without that class, art is produced to suit the tastes of the market, which is filled with its own doubt and self-importance and ignorance, its own ability to be tricked and titillated by every bauble." And while Parrot cannot accept this proposition, he also recognizes that, for all his "aristocratic imbecility," there is a radiant quality to Olivier that will fade from the earth with the eventual passing of his kind. Like Versailles or Notre Dame Cathedral, the ideal nobleman is the beautiful product of an unjust, obsolete system.

To add credibility to Olivier's argument, Carey also slips a soupçon of political prophecy into his mouth, having him tell Parrot, "You will follow fur traders and woodsmen as your presidents, and they will be as barbarians at the head of armies, ignorant of geography and science, the leaders of a mob daily educated by a perfidious press, which will make them so confident and ignorant that the only books on their shelves will be instruction manuals." Olivier may be unable to conceive of a figure like Abraham Lincoln, but he can foresee the advent of Sarah Palin just fine.

The debate between Olivier and Parrot is insoluble, but then fiction isn't in the business of offering solutions; its mission is to coax us into feeling the breadth and depth of the question as it's asked by human beings every day of their lives. Can Olivier (absurd yet endearing) survive in America, and can Parrot (embittered yet softening) thrive anywhere else? The trick of a great novel like this one lies in convincing you that you can't bear to part with either one.