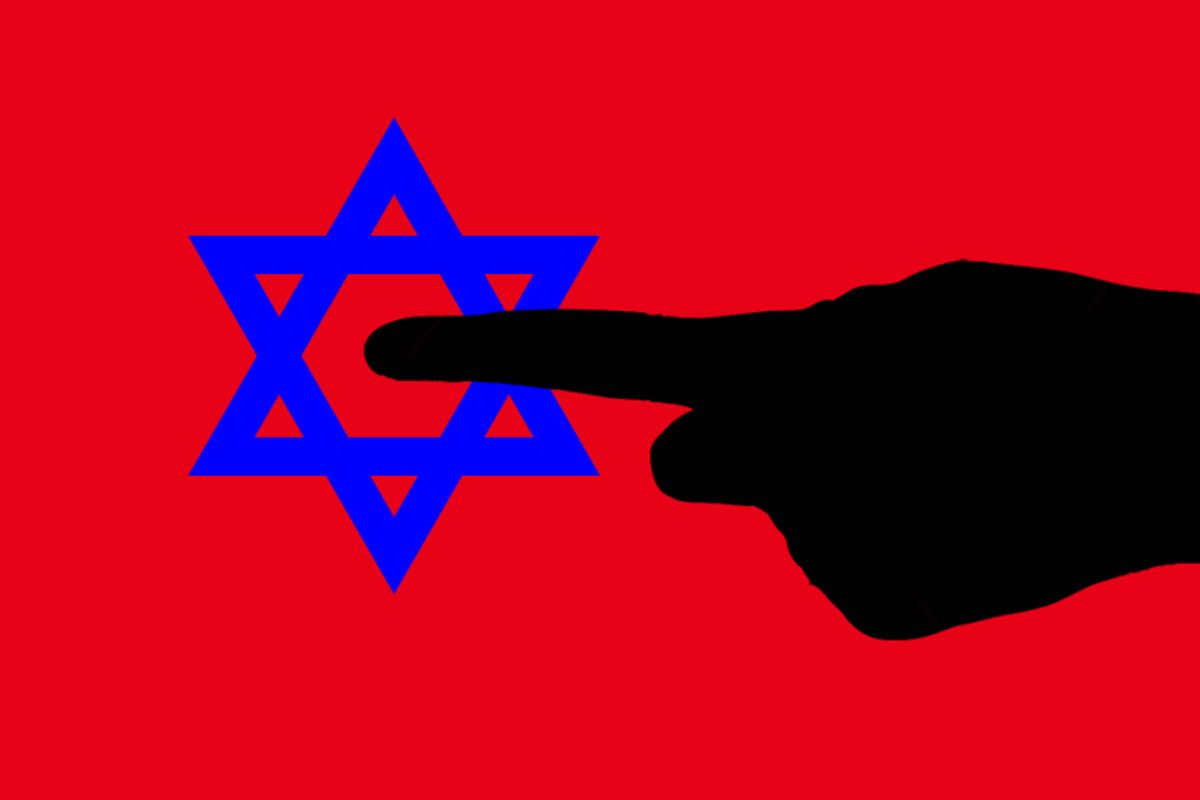 We're living in the Age of Globalization, and it seems that chutzpah, like latkes, isn't just for Jews any longer. Last week, retired Bishop Giacomo Babini of the Italian town of Grosseto told the Catholic Pontifex website that the Catholic pedophile scandal is being orchestrated by the "eternal enemies of Catholicism, namely the freemasons and the Jews, whose mutual entanglements are not always easy to see through… I think that it is primarily a Zionist attack, in view of its power and refinement. They do not want the church, they are its natural enemies. Deep down, historically speaking, the Jews are God-killers."

You might think that the 81-year-old Babini had already said more than enough for one day, but once some people "pop," they just can't stop. "The Holocaust was a shame for all of humanity," the good bishop told the world, "but now we have to look at it without rhetoric and with open eyes. Don't believe that Hitler was merely crazy. The truth is that the Nazis' criminal fury was provoked by the Jews' economic embezzlement, by which they choked the German economy." He concluded that the Jews' "guilt is graver than what Christ predicted would happen to them, saying 'do not cry for me, but for your own children.'"

Bishop Babini made the comments on Friday, but the story has only started hitting the fan (a.k.a. the global press) today. The American Jewish Committee already lodged a protest against the bishop's statements over the weekend. Rabbi David Rosen said: "The high level of mutual trust and solidarity that binds our two communities today demands that there be zero-tolerance for such defamatory statements by religious representatives." Babini himself now denies ever having made them. (The bishop seems to relish controversy, by the way. In January he hit the headlines when he opined that the Church should refuse communion to gay people.)

Now, I may be woefully misinformed, but the last I heard the Catholic child molestation victims were abused by ordained Catholic clergy, not by Jews. And while the Jewish community is hardly immune to sexual abuse, shoving the blame onto "the Jews" is just a little too convenient. But the Chosen People are just the latest in a growing laundry list of scapegoats for the Church's own in-house meltdown. Other usual suspects include the Devil, gays, the "sexual revolution," the media (particularly the New York Times), and finally the Church's eternal persecution at the hands of an evil world – a persecution matching only that of (don't tell me you didn't see this coming!) – the Jews. ("The use of stereotypes, the passing from personal responsibility and guilt to a collective guilt, remind me of the more shameful aspects of anti-Semitism," a senior Vatican clergyman proclaimed on Good Friday) Anyone but the actual perpetrators and the people who have been shielding them for generations.

This latest scapegoating attempt came out not only in the days around Holocaust Remembrance Day but also on the heels of the latest alarmist report by Tel Aviv University announcing a drastic increase in anti-Semitic activity around the globe, and with historian Robert Wistrich saying that "We are in an era once again where the Jews are facing genocidal threats as a people."

The report does indeed make for disturbing reading (particularly when it's a matter of individual persons who happen to be of Jewish faith being targeted for violence by anti-Israeli protesters in their home countries). Even so, I always get a laugh when I hear the fantasies of Jewish power conjured up by Bishop Babini and old school anti-Semites of his ilk. I mean, if "the Jews" and their friends the freemasons could single-handedly pull off a massive worldwide sex scandal, what will we turn to next? Global warming?

Bishop Babini's comments remind me of this tragicomic Jewish joke from the 1930s:

A German Jew in Berlin sees a Jewish friend sitting on a park bench reading the anti-Semitic Nazi rag, Der Stürmer. "Yitzak," he says, "how can you read such a thing?"

"Well, David," Yitzak replies, "I find reading the ordinary newspaper to be terribly depressing: it's full of stories about gangs attacking synagogues, old Jews getting beaten to a pulp in the street, anti-Semitic slogans painted on Jewish shops. But here in this newspaper, the news is all excellent. It says here that we Jews own all the banks and newspapers and run all the world's governments!"