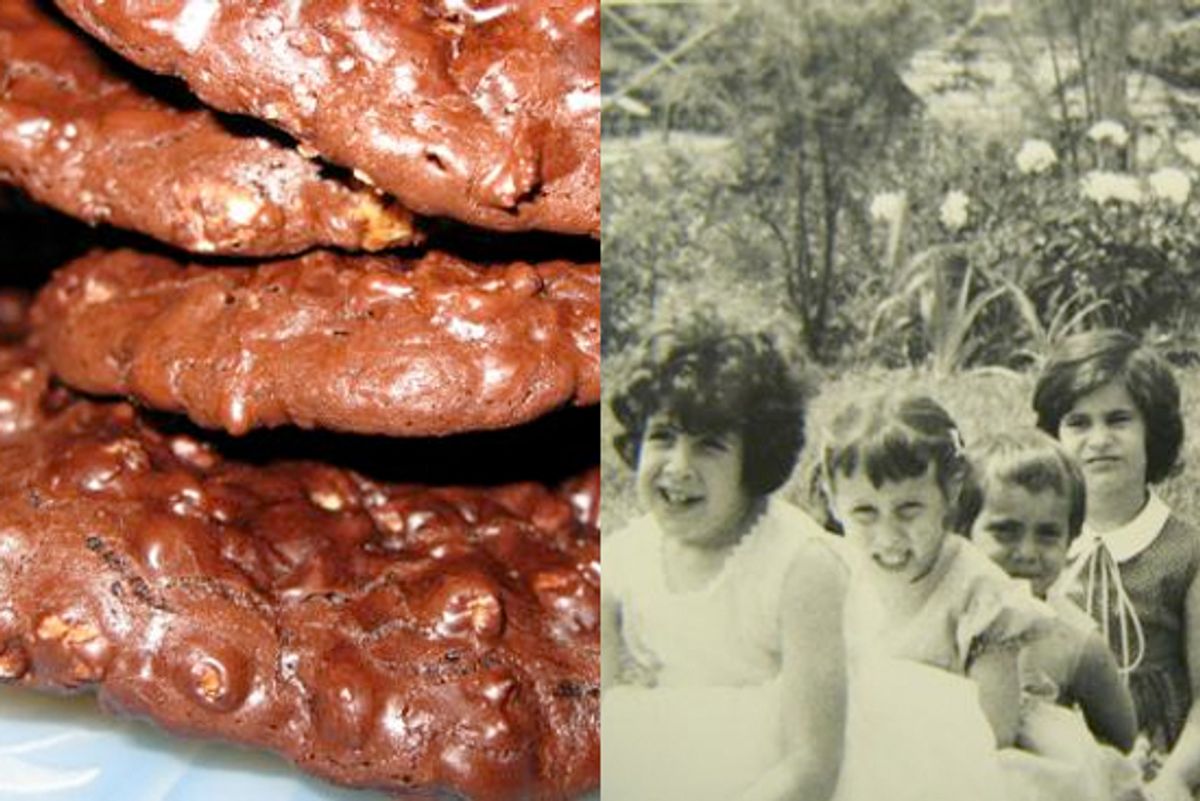 A version of this post first appeared on Lulu and Phoebe's Open Salon blog.

They were relying on the neighborhood imp to lead the expedition off the block and into the city wilderness. The imp, the one who had the most success regularly breaching the border, was me. Grasping hands, we went rogue. Stepping jauntily out of bounds, we turned the corner and never looked back.

Danny’s old sneaker soon started flapping as the sole separated from the canvas. MacGyver Alice secured it with rubber bands. Further along, Alice and Danny rounded up plenty of sidewalk insects, spiders and crustaceans to investigate. Alice jotted data in her little notepad. Danny was thrilled to be her science partner. My classmate, Shirley kept up the rear, loosening her tight ponytail. Unabashed, we trail blazed down one city street and then another.

Danny's uniform of dungarees, old converse high tops, and a bright white tee shirt also included his version of a Gilligan hat to block the midmorning summer sun. I snuck glances at Danny, wondering if I could magically see the actual hole in his heart through his tee shirt. Shirley’s too small, faded battleship gray school dress with long sleeves was getting damp around the middle from the heat. Petite curly red-headed Alice had on pink shorts and a sleeveless button down (white) shirt with a pocket for her pencil and notepad. I was wearing my favorite mom-made polka-dot shorts and matching top.

Two hours later, thirsty and sweaty we finally turned back onto our street from the lower end. Our parents were swarming all over the other end of the block calling out our names. My posse looked at me for a sign that we weren’t about to get sent to the stockade, but I think I let them down. I had told them at the beginning of the adventure that I was sure their parents would not mind us going on this hike. Add neighborhood hooligan-imp to my 4th grade resume.

Alice’s mom was shooting me a murderous look. Danny’s mother, out of breath from running to reach us, gave me a look that only indicated half of what she really wanted to say, but didn’t. That look was worse than any punishment I would get. Shirley’s mom was standing in her doorway with a scowl that made both of us cringe. Shirley ran right home.

My sentence was banishment to my room sans dinner and after that I was released to the prison back yard for two weeks. Mom brought me sandwiches and her wonderful chocolate nut cookies.

The second day I pulled a patio chair to the back gate just so I could see freedom. I still felt the full weight of being the neighborhood kidnapper. Engrossed in a book, I didn’t hear Danny’s mom approach the gate.

She stared at me for a moment with a much kinder look than the day before and threw a nickel at me. As she turned away she muttered something I couldn't hear. Red faced, I grabbed the nickel and stuck it in my pocket.

Every time I came across that nickel, I thought of all the lessons I learned that day. From science geek Alice I discovered more insects than I ever wanted. From Danny, I learned that brain damaged doesn’t equal stupid and having a hole in one’s heart doesn’t mean it isn’t any less full. From Shirley I learned that money-poor could still mean you were a rich family, at least in cottage cheese and milk. Her dad was a milkman. And from my two week sentence I knew that reading books was a good way to free your mind from forced solitude. Especially when accompanied by chocolate cookies.

Danny died a few years later from that hole in his heart. I think of him whenever I make this updated version of my mother's chocolate nut cookies. Danny ate every single one that day on our hike, and until my mother died she would bake extra just for him because he loved them that much. Eventually I learned why I had earned that nickel. He told his mother that it was the very best adventure he had ever had. That he got to be just like any ordinary boy that day.

This modern version of my mother's chocolate nut cookie is flourless, fudgy and crisp-chewy. I think my old friends would like it. Alice would love the chemistry of why flourless works the way it does. Shirley would have loved to eat a cookie that someone else made. And Danny would love them because they are my mother's chocolate nut cookies, redux. We call this version Danny's Cookies, in honor of one extraordinary boy.