The debates over entitlement and immigration reform are sensitive enough. There's no reason to lump them together 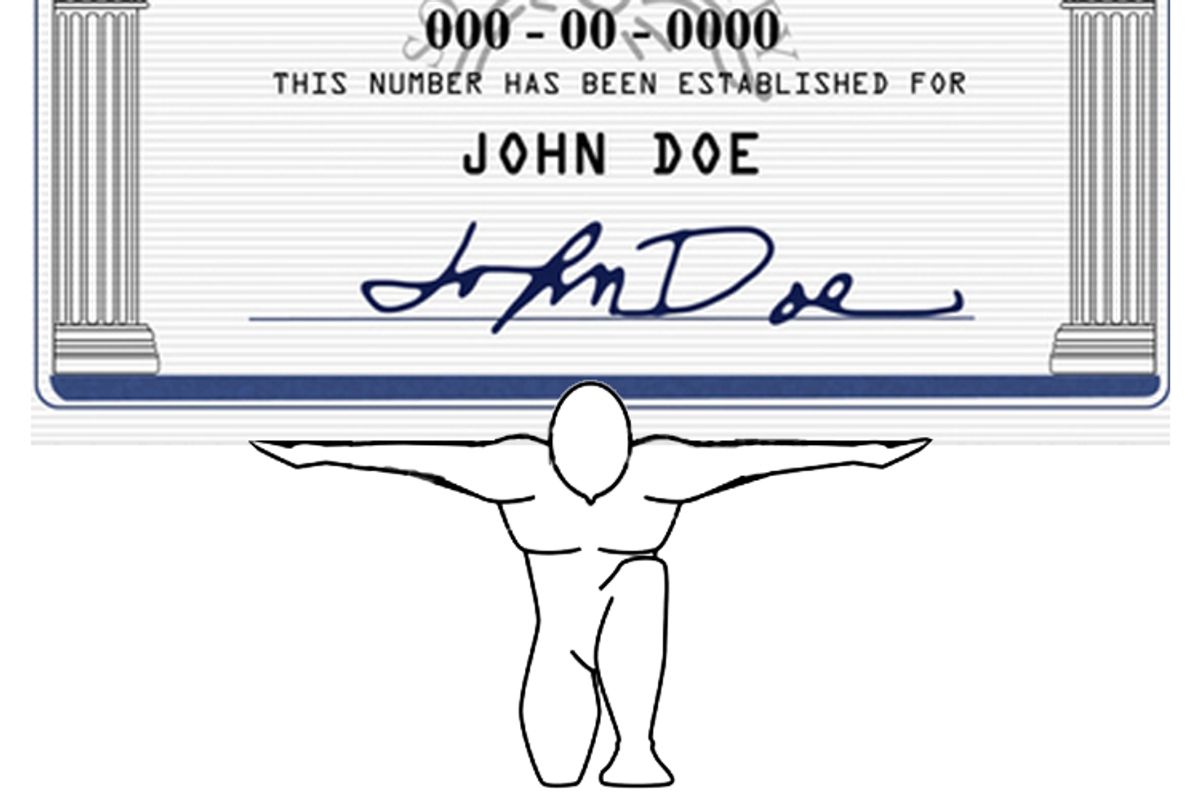 The proposition that more immigration can forestall or eliminate projected shortfalls in Social Security and Medicare funding is a perennial favorite on Op-Ed pages. But it's been shot down again and again by scholars who know what they're talking about. Bad policy ideas, though, never stay dead for long, and so it is that Robert Reich is now trying to revive this fallacy.

In an April 9 essay titled "Why More Immigrants Are an Answer to the Coming Boomer Entitlement Mess," Reich begins: "You see, the biggest reason Social Security is in trouble, and Medicare as well, is because America is aging so fast." He repeats the error of those who conflate Social Security and Medicare into a single "entitlements problem." In reality, as progressives other than Reich have long argued, Social Security's finances can be fixed with relatively minor adjustments.

The real problem is Medicare, which brings us to Reich's second error -- his statement that Medicare is in trouble mainly "because America is aging so fast." During the last decade experts including Peter Orszag, now head of the Office of Management and Budget, have demonstrated that aging is less of a contributor to runaway Medicare spending than "excess cost growth." The point was emphasized by this famous chart in 2007: The Medicare funding problem is the result of the fact that U.S. medical costs are outstripping economic growth, something that affects private businesses and individuals as well as the clients of Medicare and Medicaid. The solution, as Uwe Reinhardt, the RAND Corp., and other experts have argued, is for the U.S. to control medical costs the way most other countries do: through "all-payer regulation" -- that is, fee schedules or price controls that presently exist in the Medicare and Medicaid program and that should be extended to all healthcare providers (over the dead bodies of their K Street lobbyists).

Moreover, Reich completely ignores the role of income inequality in worsening Social Security revenue shortfalls. What does income inequality have to do with Social Security? In order that the proportion of benefits to payments would not be too low in the case of affluent Americans, who might otherwise agitate to destroy the program, the Social Security payroll tax has always been limited to a certain amount of wage income. Currently, the cap is $106,800. No matter how great your salary, you pay no payroll tax on any wage income above that amount. So, while Americans who earn less than $106,800 pay 6.2 percent of their wages for the employee portion of Social Security, someone who earns a million dollars a year pays only 0.66 percent of wages. And the payroll tax is even more regressive, because most economists argue that the employee effectively pays the 6.2 percent employer payroll tax as well.

Small wonder, then, that raising the cap on the payroll tax is favored by overwhelming numbers of Americans, according to polls. And small wonder that candidate Obama also favored it (at least before he became president and stacked a deficit reduction commission with right-wing deficit hawks). During one of the Democratic primary debates in October 2007, Obama observed: "Social Security is not in crisis; it is a fundamentally sound system, but it does have a problem, long-term. We've got 78 million baby boomers, who are going to be retiring over the next couple of decades. That means more retirees, fewer workers to support those retirees. We are going to have to do something about it. The best idea is to lift the cap on the payroll tax, potentially excepting middle-class folks, but making sure that the wealthy are paying more of their fair share, a little bit more."

Instead of recognizing that the real problem is the exemption of the rich from paying Social Security taxes on most of their wage income, Reich argues instead that the problem is the ratio between working and retired Americans. "Forty years ago there were five workers for every retiree," Reich writes. "Now there are three. Within a couple of decades, there will be only two workers per retiree. There's no way just two workers will be able or willing to pay enough payroll taxes to keep benefits flowing to every retiree."

Reich's whole argument stands or falls on the unlikely assumption that there will be little or no labor productivity growth in the U.S. If that happens, paying for Social Security will require a fixed ratio of three workers to every retiree far into the future. To maintain that worker-retiree ratio, and to avoid raising the payroll tax on high-wage Americans, he proposes to bring in immigrants to bail out the system by contributing payroll taxes. According to Reich, "One logical way to deal with the crisis of funding Social Security and Medicare is to have more workers per retiree, and the simplest way to do that is to allow more immigrants to the United States."

Like many fallacies, this is intuitively plausible. But it's wrong, for two reasons. First, in order to keep the present worker-retiree age ratio the same, the U.S. would have to import truly mind-boggling numbers of immigrants. In 2000, the U.N. Population Division calculated that maintaining the worker-retiree ratio in the U.S. between 2000 and 2050 would require the U.S., which admits roughly 1 million immigrants a year, to let in an average of 12 million immigrants per year.  With present rates of immigration and fertility, the U.S. population is expected to swell from more than 300 million today to between 400 million and 600 million by 2050. According to the U.N., to maintain a stable worker-retiree ratio, the U.S. would have to admit nearly 600 million additional immigrants in the next 40 years. Admitting half a billion immigrants in the next few decades would create such economic and social disruption that the benefits to Social Security would seem trivial by comparison.

Reich's proposed cure for Social Security and Medicare is a Ponzi scheme. As each wave of immigrants retires and collects Social Security benefits, ever greater numbers of immigrants would be needed to support the previous wave and maintain a fixed worker-retiree ratio, until the rest of the world stopped sending immigrants or the U.S. contained most of the human race inside its borders. In reality, of course, this would never happen and a voter backlash would end the experiment very quickly, at the expense of any political faction or party that supported such an ill-conceived scheme.

The U.S. Census Bureau's Population Projection Branch was right to dismiss Reich's idea: "International migration may address a high dependency ratio decisively in the short term, yet is highly inefficient in reducing it over the longer term -- especially if considerations of population scale, as well as age composition, are taken into account."

Americans need to have a rational debate about options for ensuring the solvency of Social Security and Medicare, which should be treated separately and not lumped together under the misleading label of "entitlement crisis." Americans also need to have a rational debate about the desirable levels and skill composition of immigration. But the two debates should be kept separate. "Immigration reform and entitlement reform have a lot to do with one another," Robert Reich writes. No, they don't.