Oprah Winfrey helped countless women by courageously revealing her flaws. Why should the gossip maven dig for more? 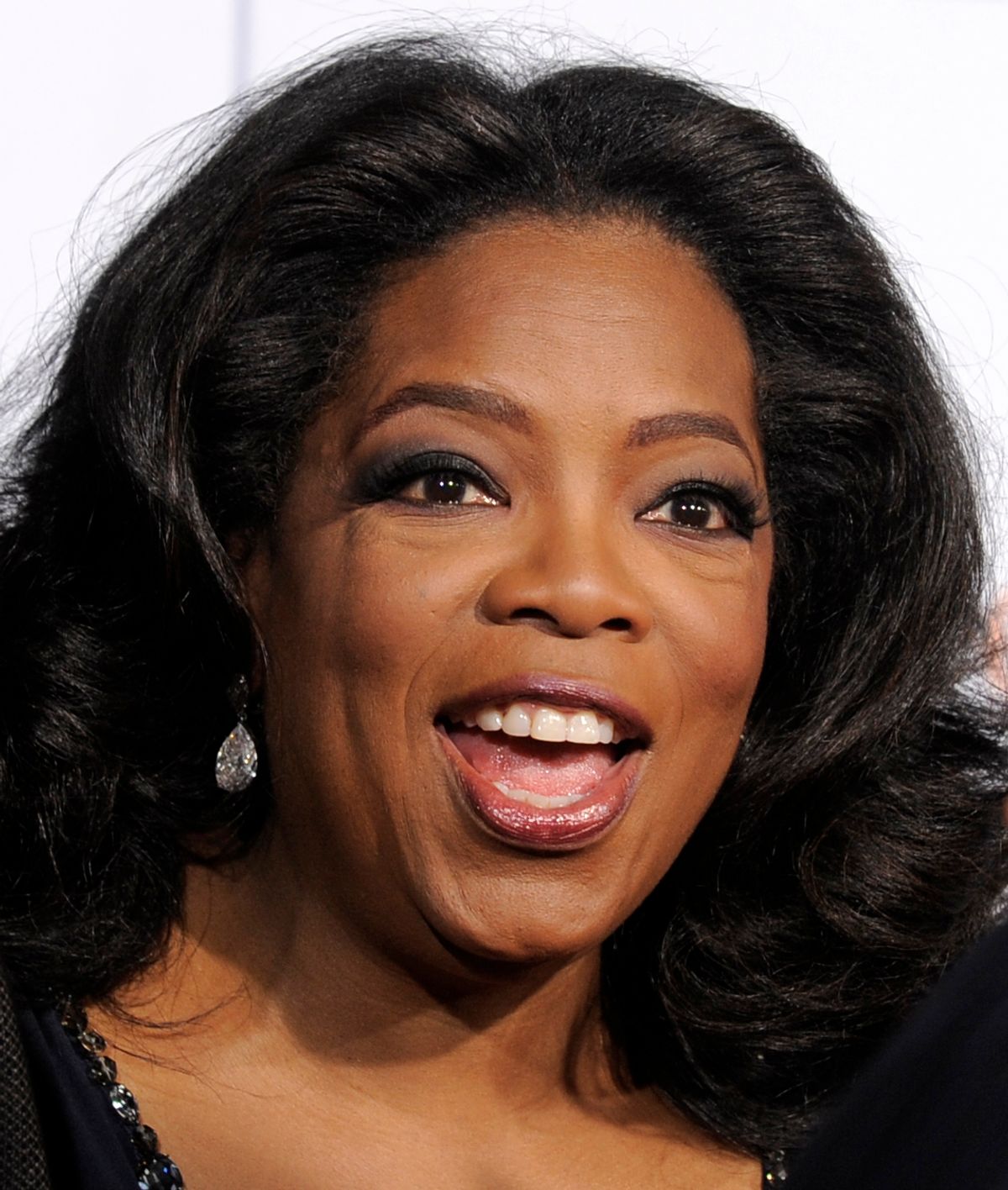 We are all imperfect, we all have weak moments, we all struggle with difficult emotions, and we all have an opportunity, every day, to overcome the darkness of our pasts. This is Oprah Winfrey's message to women, a message that has made her one of the most powerful and influential cultural figures in modern American history.

Kitty Kelley might claim that her book "Oprah," which hits shelves on Tuesday, includes revelations about Oprah's enormous ego, her controlling ways, her coldness toward her mother, her strange relationship with longtime beau Stedman Graham, but early reports suggest that the book is a retread of information we already have. Either way, though, most of Oprah's viewers, fans and even casual curiosity-seekers will find any new information beside the point. How could a human being with this much power and ambition not be a little bossy or self-aggrandizing?

More important, why would we want to see this woman publicly shamed? This woman, who has set an example for millions of women nationwide by coming clean about the embarrassments of her past -- having been molested, having had a child when she was just 15 who died as an infant, having struggled with her weight for decades -- this woman deserves our prying and our contempt? Here is a woman who was honest with us, who offered up her weakest moments, her most tumultuous and shameful and nightmarish memories, in good faith. Here is a woman who exposed her history of sexual abuse years before it was considered remotely appropriate or acceptable to do so, in order to make it clear that we weren't meant to suffer alone – from domestic abuse, from incest, from eating disorders, from money troubles, from low self-esteem. Oprah put a whole new face on so many different issues, you can hardly begin to list them all. She demonstrated, by example, how, with enough hard work and determination and brutal honesty, you can pull yourself up out of a bewildering past and live a whole new life.

So when Kitty Kelley whines about Oprah's immense power, when she complains that -- boo hoo! -- she wasn't invited onto Larry King and no one will speak to her about the book because they're so afraid of Oprah, don't begrudge Oprah that power. Celebrate it. Celebrate the fact that an ambitious, tenacious black woman now has many, many influential individuals either fearing her outright or rallying to her side. This woman, who has admitted to countless mistakes, fears, moments of paralyzing self-doubt, dark nights of the soul, has offered millions of women the opportunity to reclaim their lives, just by being honest about their experiences.

Even if you discount everything else -- the book club, the cable channel, the magazine, any of the other projects and programs and charities that make up her empire – and just focus on what Oprah has done for victims of domestic abuse, sexual abuse and incest in this country, if you just consider how these things were shrouded in secrecy not so long ago, if you imagine the hundreds of thousands of women who were once afraid to speak out or get help who finally did, thanks to Oprah's setting such a vocal example, you can't for a second relish an Oprah takedown.

Women in this country who have a real sense of how courageous and admirable Oprah is -- and there are millions of us -- hardly care whether Oprah is straight, gay, arrogant, self-involved, an alien from a distant planet, a new drug-resistant strain of flesh-eating bacteria, whatever. We're happy to let Oprah be whatever she wants to be. Isn't that what she herself has tried to instruct other women to do, day after day, week after week? Hasn't she shown us, over and over, how to be true to ourselves, for better or for worse, for richer or for poorer, in sickness and in health?

We don't care about takedowns or gossip, we don't care about this or that foible, we don't care about the vain remark Oprah made 15 years ago. We don't even care that so many ignorant bystanders leap at the chance to call us brainwashed or claim that praising Oprah is the newest religion for overly emotional women. We know that we respect and admire Oprah for good reasons, reasons we could begin rattling off and not stop for several hours. We know that Oprah isn't perfect, because she admits her flaws constantly. She airs her worries and doubts every single day.

Let Deborah Solomon, in an interview with Kitty Kelley in the New York Times Magazine, claim that Oprah "has made victimhood a status symbol, so that everyone in America is suddenly claiming to be a victim of bad parenting or a bad affair." There will always be those who are embarrassed by or suspicious of any talk of emotional issues, weaknesses, abusive relationships, the sorts of things that women were ashamed to speak about just a few decades ago.

But today, there are millions of us in this country who know how much Oprah has helped women who once felt frightened, isolated, voiceless, powerless. We know how Oprah has changed the way these women see themselves and their possibilities. We see, in this woman, in her work, an earnest interest in making other women's lives better.

Don't insult our intelligence by insinuating that Oprah is some kind of cult leader or just another insincere, self-serving power player. These statements fly in the face of the facts, of the concrete acts of charity and kindness that Oprah has engaged in over the decades. More than anything else that she's accomplished, though, Oprah has inspired us by demonstrating the healing power of honesty. For that, she deserves our respect and our admiration. Her bravery in the face of shame, her unrelenting commitment to exposing her own vulnerabilities, make her a hero in the truest sense of the word.