Slide show: The octo-wife claims marriage rumors are false. But history proves she's been known to change her mind 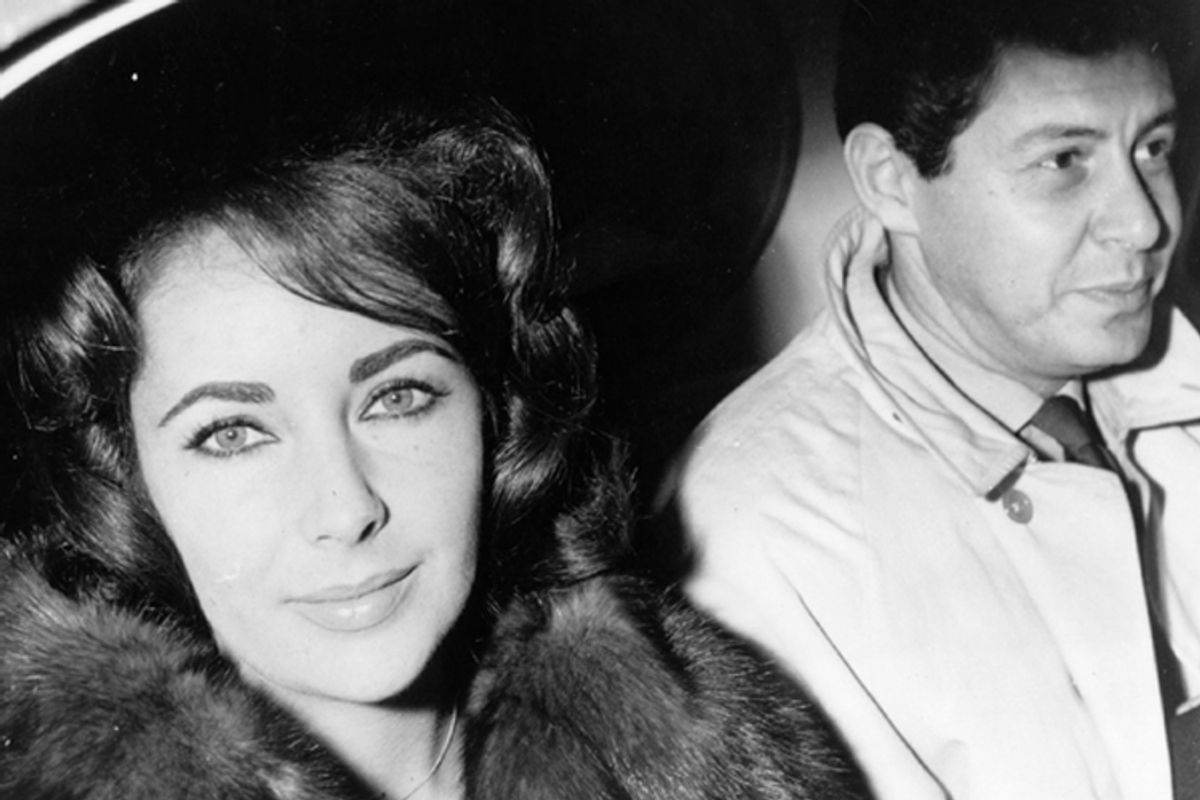 The rumor mill went into fifth gear over the weekend when news broke that octo-wife Dame Elizabeth Taylor might be thinking of putting a ring on it for the ninth time, this time with manager/dandy Jason Winters, who also manages Janet Jackson. She's since denied it via tweet -- but, come on, it's not as though she hasn't changed her mind about marriage before. We take a look back at a complex, colorful history.