When it comes to the highest court -- and the federal bench in general -- the GOP has it right: Go young 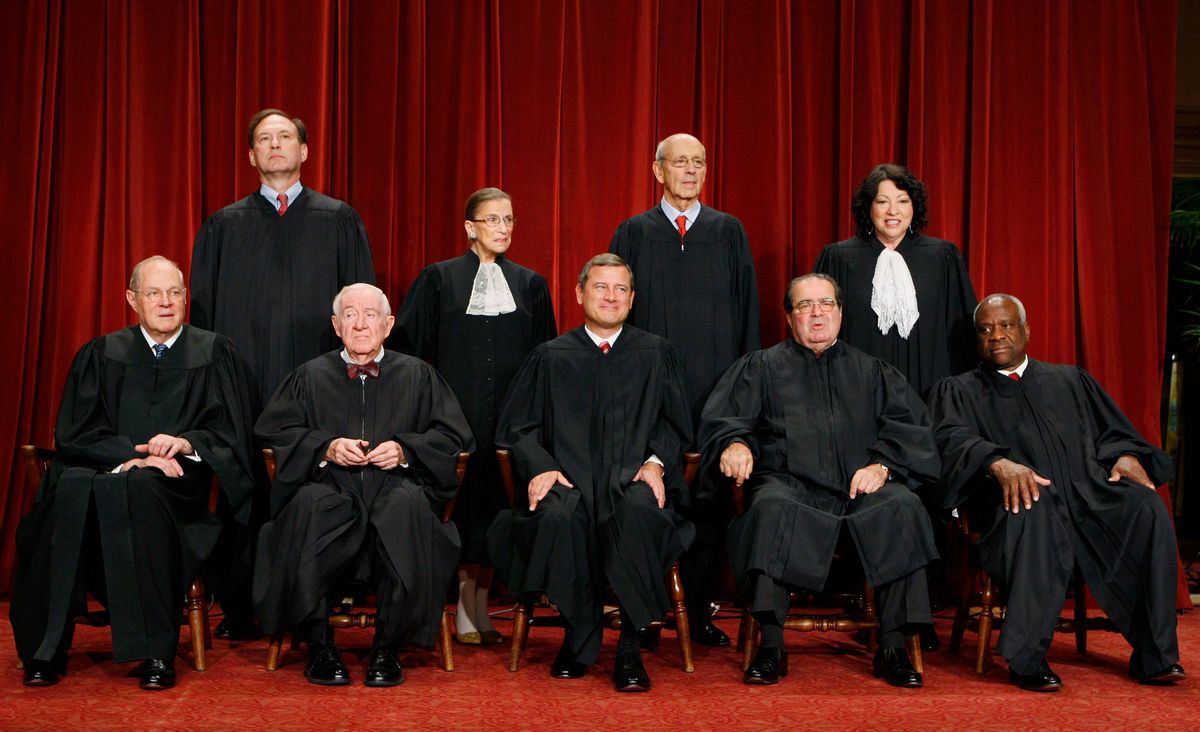 Perhaps the biggest obstacle facing President Obama in picking a replacement for John Paul Stevens is the terribly thin bench left by eight years of Republican rule. With Democrats shut out of the White House from 2001 to 2009, the federal courts of appeals -- the feeder system for the high court -- came to be dominated by GOP appointees, while the Democratic judges who are still active represent holdovers from the Clinton and Carter administrations who are generally too old to be seriously considered for elevation.

Of the 161 active circuit judges today, just 65 were appointed by Democratic presidents, and their average age is 65 years old. Excluding the seven judges nominated by Obama and confirmed in the last year, there are no Democratic-appointed circuit judges under the age of 55.

This complicates Obama’s decision. To put it bluntly, too many of the Democrats’ best-credentialed jurists would be too old to carve out a meaningful legacy if picked to succeed Stevens.

Part of the blame for this goes to Bill Clinton, who didn’t appoint enough young appellate judges. It’s true that the average age of Clinton’s circuit judges at the time of their confirmation was 53 years old, not much different from the average age of 51 for the second President Bush’s appointees. But Clinton failed to identify a small number of promising young judges and to appoint them to slots that, years in the future, would make them prime Supreme Court prospects.

This is something recent Republican presidents have excelled at. Bush, like his father and Ronald Reagan before him, routinely nominated judges in their 30s and early 40s. There are today 13 active circuit judges who were appointed by Reagan and Bush I who are 65 years old or younger -- this despite the fact that the last of these jurists joined the bench nearly 20 years ago. Republicans have placed a higher premium on seeking out judges who can serve for longer, thereby expanding the roster of potential Supreme Court nominees for future GOP presidents.

Samuel Alito is an example of this decision-making: Appointed by Bush I to the 3rd Circuit in 1990 weeks after he turned 40, he was still young enough to be put on the Supreme Court 16 years later by Bush II.

This helps explain the small candidate pool for the Stevens vacancy. Plenty of names are being tossed around, but the two main contenders seem to be Solicitor General Elena Kagan, who will turn 50 in two weeks, and D.C. Circuit Judge Merrick Garland, who is 57. If Obama gives heavy consideration to his nominee’s age and subsequent ability to serve, his course is clear: Kagan is considerably younger than both Garland (and the third name supposedly on the White House’s short list, 7th Circuit Judge Diane Wood, who is 60).

And if you consider the current composition of the Supreme Court, the age of Obama’s nominee becomes a critical factor. The members of the conservative bloc -- Chief Justice John Roberts and Justices Antonin Scalia, Clarence Thomas, and Alito -- were appointed when they were all 55 or younger. (Thomas was only 43!) The most liberal justices -- Ruth Bader Ginsburg and Stephen Breyer, both Clinton appointees, and Sonia Sotomayor -- were 55 or older when appointed.

That conservatives have a durable core on the court today is no accident. Republican presidents have, over decades, created a potent farm system. Democrats haven’t. (Although, it should be noted that Clinton did attempt to appoint Kagan to the D.C. Circuit in 1999, and that her nomination was scotched by Orrin Hatch, then the Senate Judiciary Committee’s chairman.)

When it comes to selecting Stevens’ successor, there’s not much Obama can do about this. What is alarming, though, is that -- to this point, at least -- Obama’s judicial appointments seem to be following the same pattern as Clinton’s. They have skewed older with no apparent long-term strategy. As he makes appointments to the federal bench going forward, it’s the Republican model Obama should keep in mind. Some day years from now another Democratic president will thank him for it.