Advertisements arrive in the twitterverse. But the natives are surprisingly un-restless 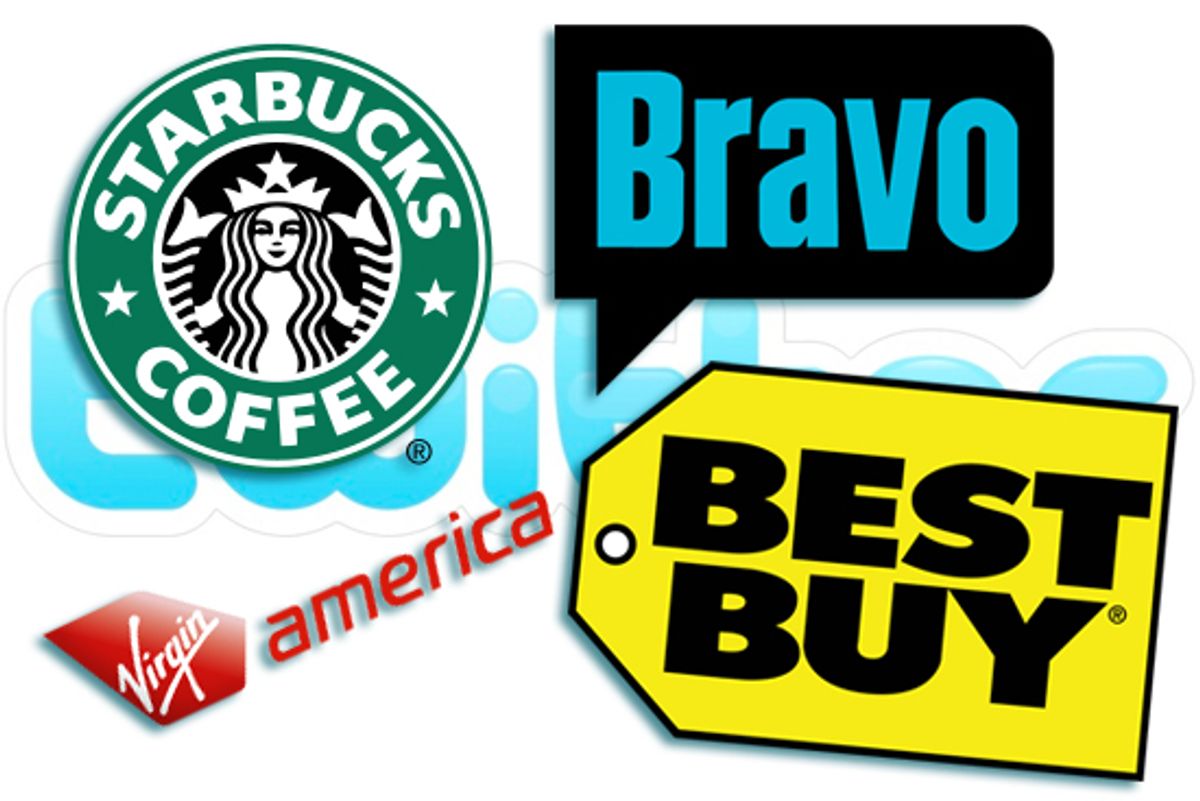 At long last, Twitter has a business model. Sometime Tuesday afternoon, Twitter will introduce "Promoted Tweets" -- text advertisements linked to keywords. Search for "Starbucks" on Twitter, and a Starbucks ad -- marked as such -- will pop up at the top of your search results. If, for some inexplicable reason, you happen to be a follower of Starbucks, those ads will pop up in your own tweet stream. And eventually, just tweeting about coffee on a regular basis might also trigger a visit from Starbucks (or whomever else has bought the rights to that keyword).

So are the "halcyon Twitter days" over? Is this "the day the pure stream died"? You might think that 140 characters would be enough space to express a thumbs up or down on the new plan, but the first thing that struck me after spending an hour or so sampling the tweetgeist was how few people chose to stake out an actual position, pro or con. The vast majority of tweets merely included links to news stories or analysis of the move published outside of Twitter.

This is, of course, one of the primary ways people use Twitter: as a lightning- fast way to find relevant links. Within minutes I was directed to coverage by the New York Times, TechCrunch, PCWorld, AdAge, John Battelle's Searchblog, Danny Sullivan's SearchEngineLand and related slide shows by BusinessInsider (well executed) and Huffington Post (lame) just by popping in the words "promoted tweets" into Twitter itself.

John Battelle observes that "Twitter's new ad platform will mark the first time, ever, that users of the service will see a tweet from someone they have not explicitly decided to follow." That sounds a bit ominous (but is not entirely true -- my tweet stream is full of retweets originally posted by people who are complete strangers). Yet aside from a few scattered grumbles and cheers, the reaction from within the Twitterverse mostly seems to be a stance of blase acceptance. In part the caution represents an entirely sensible wait-and-see attitude. It's all about the implementation! If tweetstreams suddenly become clogged with obnoxious ads, users will rebel. But if the impact is discreet and properly targeted -- like an unobtrusive Gmail text ad -- users will likely shrug.

Twitter has announced a complicated plan to rate the "resonance" of promoted tweets that is supposed to ensure that if users aren't retweeting or clicking on links, the ads will be dropped from the system -- and advertisers won't have to pay. Such a model suggests a kind of Darwinist natural selection will be at work encouraging the survival and propagation of only the most popular, or relevant, advertising. That's fine with me, if it works. But a line will have to be drawn somewhere along that "resonance" meter that ensures that enough revenue is generated for Twitter to make a profit. And when the scales of commerce are involved, unnatural selection is generally the rule.

Still, at this point in the history of social media, Twitter doesn't have look too far too see a multitude of examples of why you really don't want to piss off your users. The legacy of Friendster and MySpace looms large, and it's hard to imagine a userbase likely to be more profoundly fickle than that made up of Twitterers. 50 million tweets a day sounds like a lot, but I'm not sure it is essential. If promoted tweets turn into a plague of spam, users will vanish.

And therein may lie a clue as to why, so far, there's no great upswelling of user outrage. Few people would deny Twitter's right to try to generate revenue. But it's not like anything profound or hugely valuable would be lost from our lives if we weren't tweeting. There will always be another forum for our triviality, our community building, and our hive mind meta-consciousness. If Twitter gets it wrong, someone else will get it right. We know that, and maybe it's why we just can't get all hot and bothered.