What's in a woman's last name? 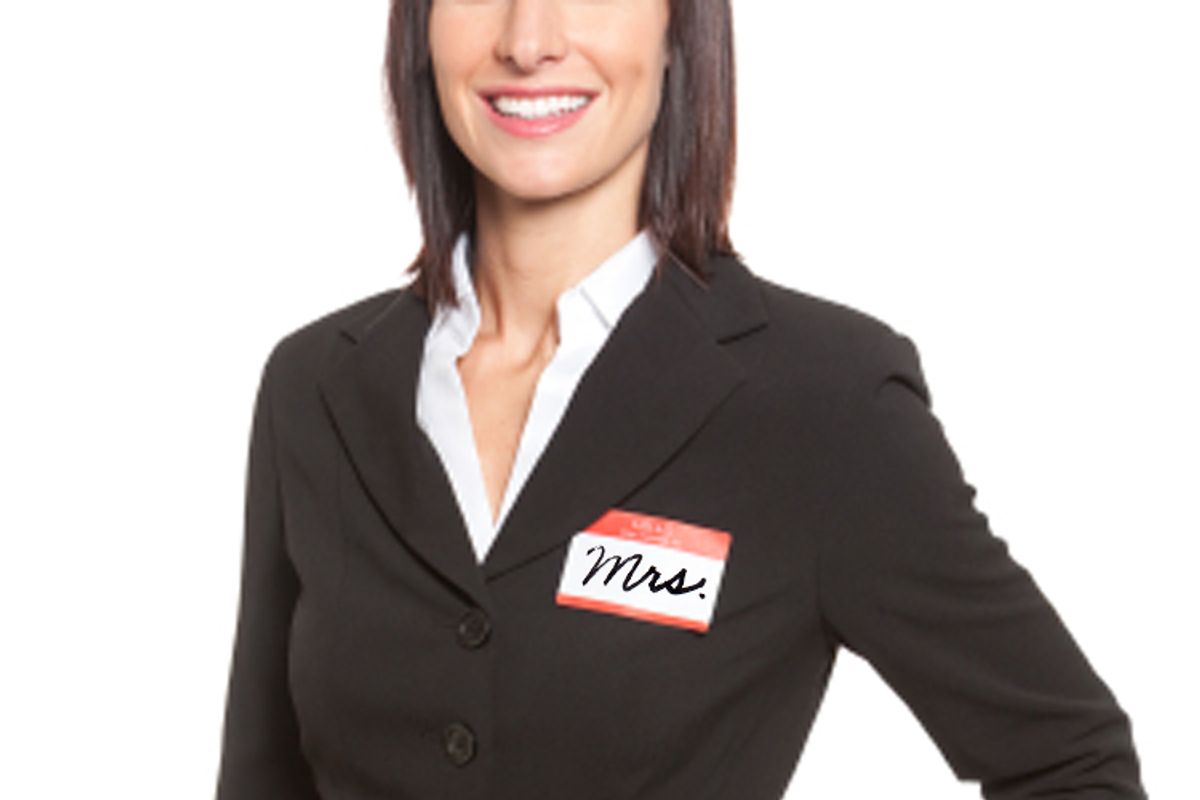 Women with a hyphenated last name or their husband's surname are judged as being more traditionally feminine, according to a new study. More specifically, surname-changers are seen as more dependent, less intelligent and less ambitious -- a triple threat of perhaps the most unflattering of female stereotypes.

So, thanks, Mom and Dad. I'm not married, nor have I ever been, but since my hippie, feminist parents hyphenated me at birth, strangers just might judge me as being a conservative traditionalist. (All the better to fly under the radar, muah-ha-ha.)

Researchers at the Tilburg Institute for Behavioral Economics Research report that "this is the first demonstration that different surnames can affect the strength of the activation of female stereotypes" and "thus, regardless of the individual qualities of the woman walking down the aisle, the way she will be judged may be determined by the name she chooses after saying 'I do.'" Researchers asked Dutch university students to evaluate a hypothetical woman named Helga on five categories: caring, competent, dependent, intelligent, and emotional. When using her own last name, the so-called activation of these five feminine stereotypes was less powerful. The opposite was true when the researchers included hyphenated names in the experiment.

But, of course, such judgments can have a real life impact. When participants were asked to evaluate hypothetical women as job candidates, "these judgments affected the chance that a woman would be hired as well as the estimation of her salary: compared to a woman who kept her own name, she was less likely to be hired and her salary was estimated considerably lower" -- $1,172.36 lower, to be exact.

There are plenty of reasons not to take the study's results as gospel -- namely, a small sample size, limited categories for evaluating the hypothetical women and the fact that university students might not be the most accurate predictors of hiring practices in the real world. So, per the usual, we'll have to wait for more research to be done. In the meantime, I'll take every opportunity to remind people that  I am so not married.