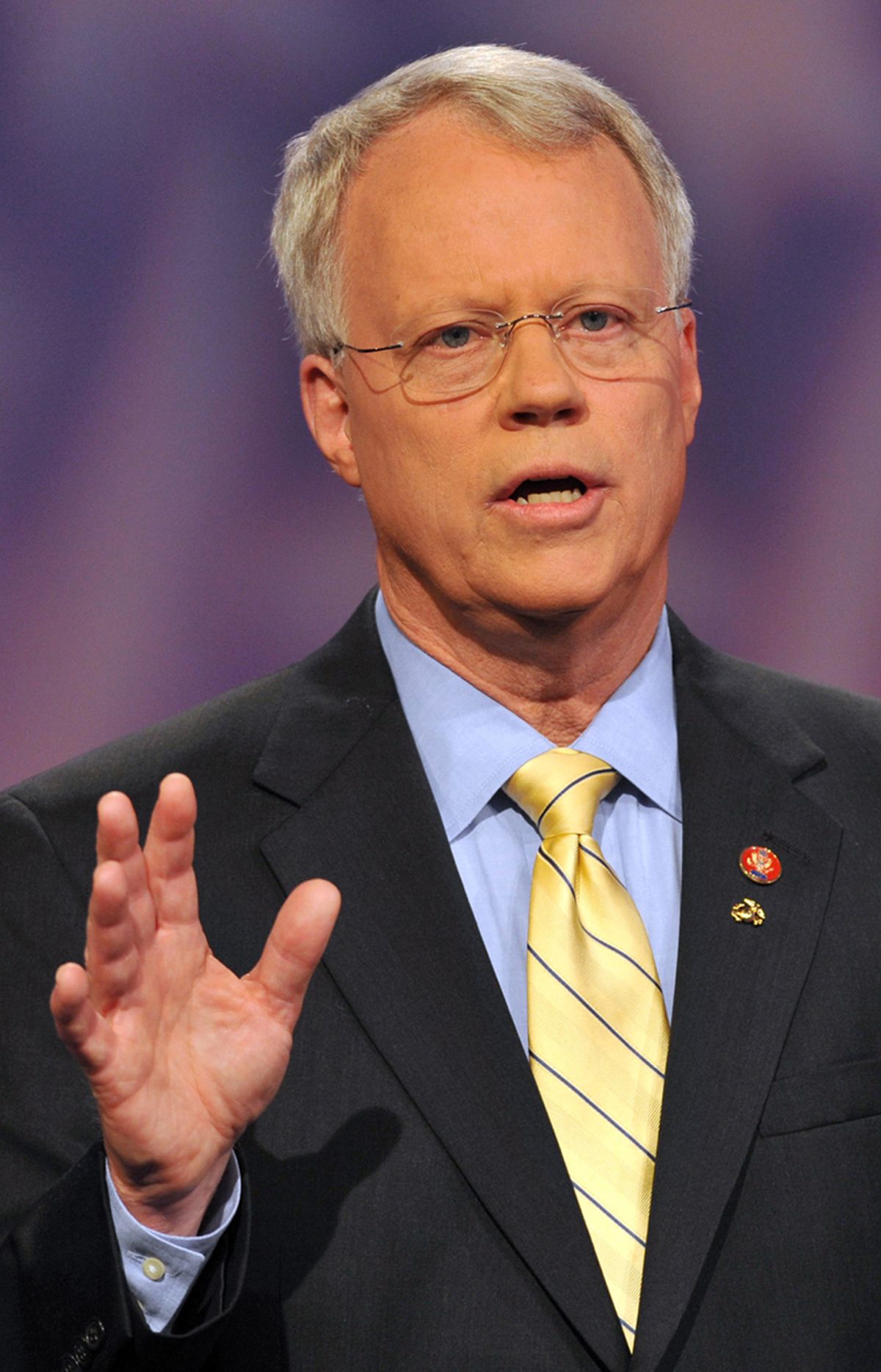 Selecting the stupidest member of Congress and/or the Senate has confounded Americans for decades if not centuries. With so many painful choices and such continuous competition, the task may simply be impossible, but that has never discouraged appalled observers from trying. Nominees for the dumbest member sometimes have been included in lists of the "worst" or "most corrupt" members, traditional compilation games played in venues from Rolling Stone to CREW to the lamented Radar magazine -- which presciently placed Sen. Jim Bunning at the top of its list in 2006, perhaps realizing that he might one day qualify as the worst and dumbest simultaneously. A couple of years ago, Esquire declared of Rep. Steve King, R-Iowa, that "his list of idiot declarations is probably the longest in Washington," and pleaded with Iowa voters to relieve us of him. (They didn't.) The game is so irresistible that even the Brits can't keep from playing occasionally.

Now the current vogue for "constitutional" posturing has elicited fresh stupidity from a number of Republicans, notably Rep. Michele Bachmann, R-Minn., a very popular contender who sometimes seems to believe that anything not specifically mentioned in the Constitution itself is prohibited. (Which would leave her without very much to do as a member of Congress, although that paradox probably hasn't occurred to her yet.)

Today, however, Rep. Paul Broun, R-Ga., is challenging Bachmann's primacy with a public boast that he purposely returned his family's federal census form without filling out all of the questions. You see, Broun feels that any inquiry beyond the constitutional requirement to "enumerate" the number of persons living in his household is, per se, "unconstitutional." He too has failed to notice that the Constitution empowers Congress to pass legislation in the public interest -- and that, in any case, he is not empowered by the Constitution to determine for himself what is or is not constitutional. (Moreover, as the astute Greg Sargent points out, Article 1, Section 2 expressly directs that the count be performed "in such manner" as Congress "shall by law direct." Although Broun carries the document around in his pocket, that doesn't necessarily mean he has ever actually read the whole thing.)

That such basic ideas would befuddle a member of Congress might have caused the founders to doubt their expectations for self-government, but then they were clearly incorrigible optimists. Meanwhile, Broun is apparently guilty of a federal offense for which he can be fined at least $100 -- and his little protest (of what, exactly?) will require the Commerce Department to send a census surveyor to his house to get the form completed -- at a cost of still more federal dollars, adding to the deficit that Broun surely deplores with great conviction, whether he understands it or not. Or is he a secret Keynesian, trying to make work for the unemployed in this period of terrible economic stress. Somehow I doubt it.

As for today's stupidest media personality, well, you already know who that would have to be.