After nearly 13 years together, each cited "irreconcilable differences" as reason for ending marriage 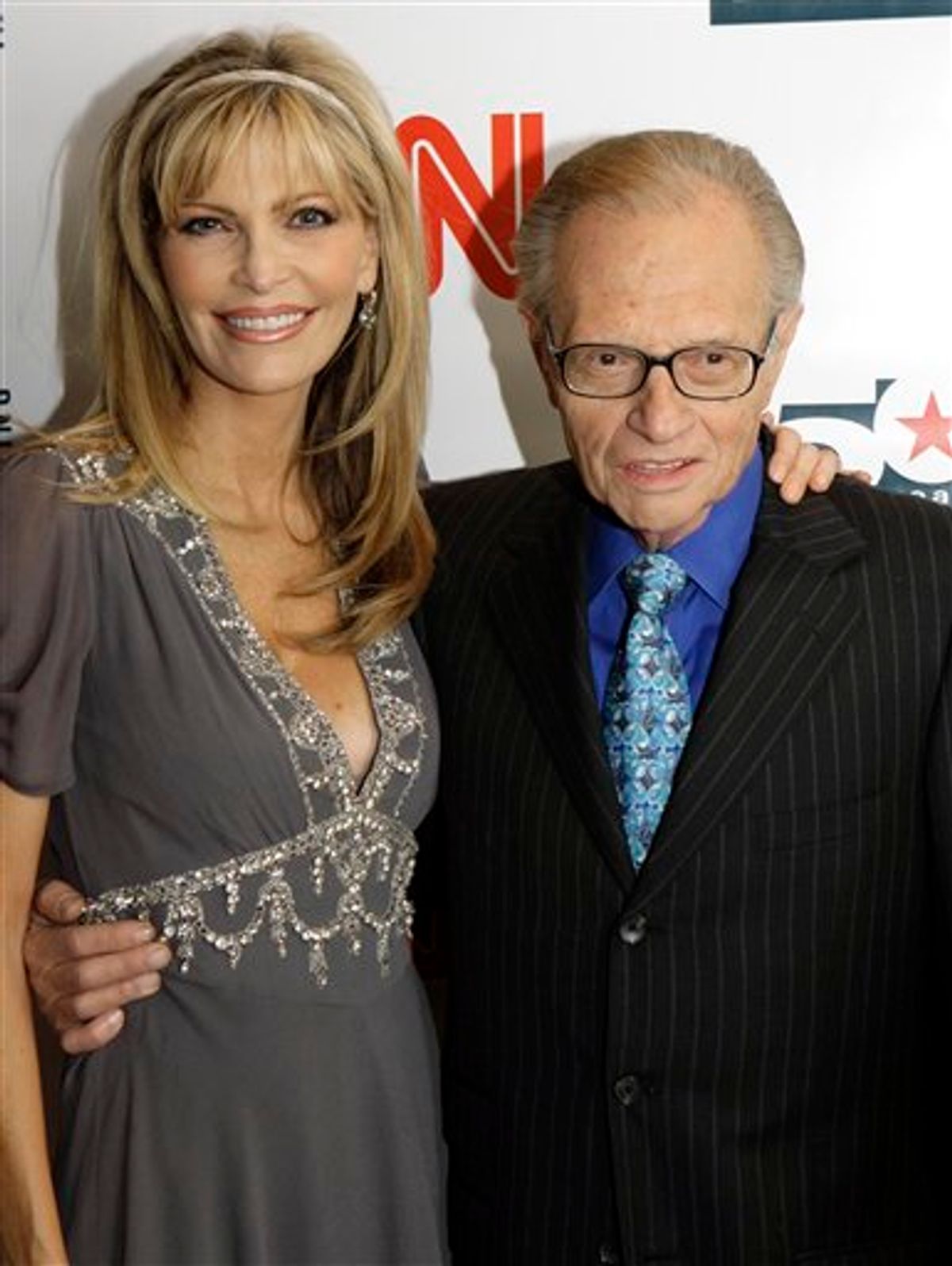 The couple were married in a hospital room in 1997 three days before Larry King underwent surgery to clear a clogged blood vessel. They have two sons, ages 11 and 9. The petitions differ in that Larry King is seeking joint custody, while his 50-year-old wife wants physical custody.

Larry King is also asking a judge not to award his wife any spousal support and to invalidate an agreement in which he transferred property to her, court records show.

Shawn King's petition seeks spousal support from her husband, along with ownership of the couple's home in Beverly Hills, Calif., and two properties in Utah.

"His major concern is the welfare of his children," said Howard Rubenstein, a spokesman for Larry King, adding that the talk-show host would not comment further on the divorce.

King's nightly news and interview show has been a CNN mainstay for nearly 25 years. He has three children from previous relationships.

The couple started house-hunting in California shortly after their marriage and lived in Beverly Hills. He is a Los Angeles Dodgers season ticket-holder and announced the start of the team's home opener to fans Tuesday.