A Wall Street bombshell: The SEC takes the investment bank to court, just as debate over financial reform heats up 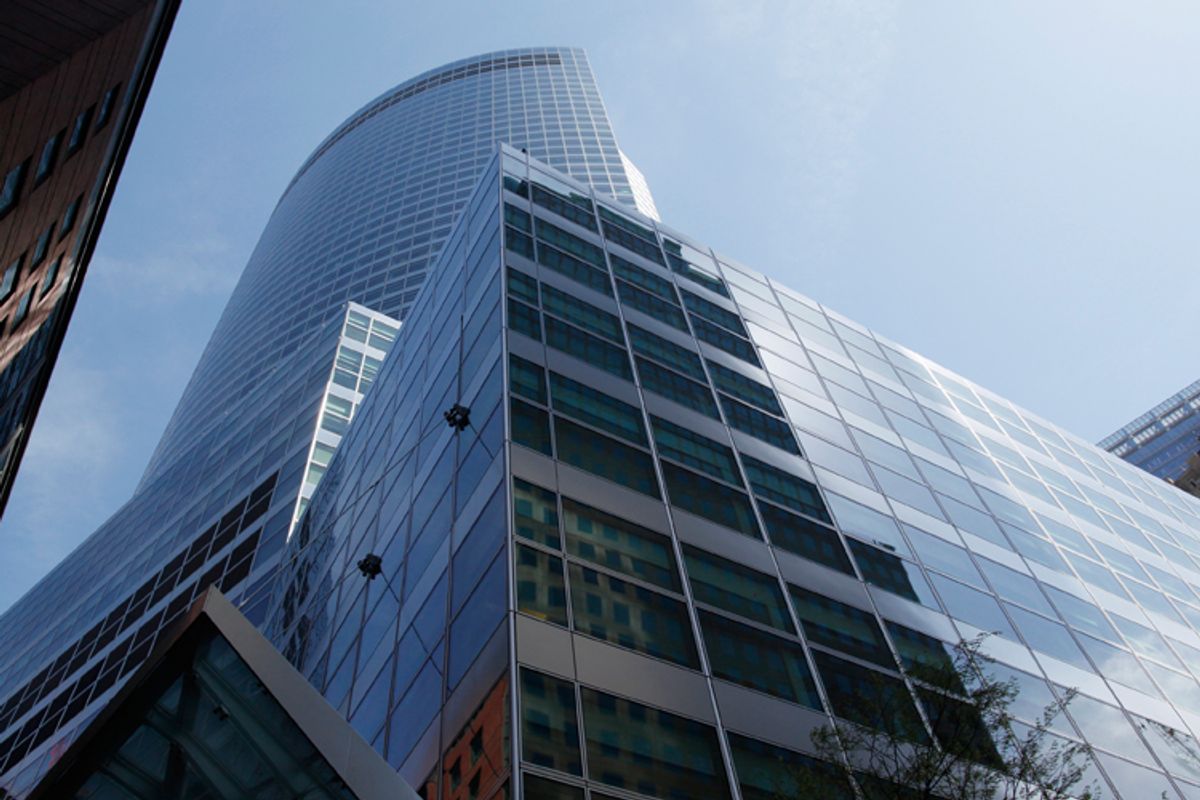 The vampire squid is under attack! How it will end is anybody's guess, but for now, the first line of the Security and Exchange Commission's complaint against Goldman Sachs accusing the investment bank of securities fraud must sound like sweet sweet music to anyone who has long been outraged by the Wall Street machinations at the heart of the financial crisis.

The New York Times' Gretchen Morgenson and Louise Story scooped the rest of the business press with news of the SEC action, which launches perhaps the most dramatic confrontation between the U.S. government and an American corporation since Bill Clinton's Justice Department brought an antirust suit against Microsoft. The details of the complaint are complex, but the heart of the story is very simple.

According to the SEC complaint, in early 2007, at the request of John Paulson, a prominent hedge fund trader, Goldman Sachs created a security -- called Abacus 2007 AC-1 -- built from underlying mortgage-backed securities that Paulson had cherry-picked as most likely to blow up. While Goldman Sachs then turned around and sold the security to its own clients, Paulson and Goldman bought credit default insurance on the underlying mortgage bonds. Paulson and Goldman cashed in, while Goldman's clients lost millions. At no time did Goldman divulge Paulson's involvement to its clients.

Goldman let Mr. Paulson select mortgage bonds that he wanted to bet against -- the ones he believed were most likely to lose value -- and packaged those bonds into Abacus 2007-AC1, according to the S.E.C. complaint. Goldman then sold the Abacus deal to investors like foreign banks, pension funds, insurance companies and other hedge funds.

But the deck was stacked against the Abacus investors, the complaint contends, because the investment was filled with bonds chosen by Mr. Paulson as likely to default. Goldman told investors in Abacus marketing materials reviewed by The Times that the bonds would be chosen by an independent manager.

The significance of the SEC's action is difficult to understate. Goldman's political influence is legendary -- two of the most prominent Treasury Secretaries in the last twenty years, Robert Rubin and Hank Paulson, were former Goldman CEOs. The SEC's action comes just as political debate over banking reform legislation heats up, with the GOP Senate leadership apparently intent on scuttling a bill that includes provisions aimed at regulating precisely the kind of derivatives trading involved in the Abacus deal. Financial bloggers are already suggesting that the complaint may offer AIG reason to sue Goldman and a civil suit brought by burned investors is undoubtedly in the offing. Share prices for Goldman Sachs stock plummeted early Friday, and spreads on credit default swaps written on bonds issued by Goldman widened dramatically -- a sign that the market, for now, is taking the news quite seriously.

The shoe has finally dropped. The U.S. government is accusing Goldman Sachs of fraud.