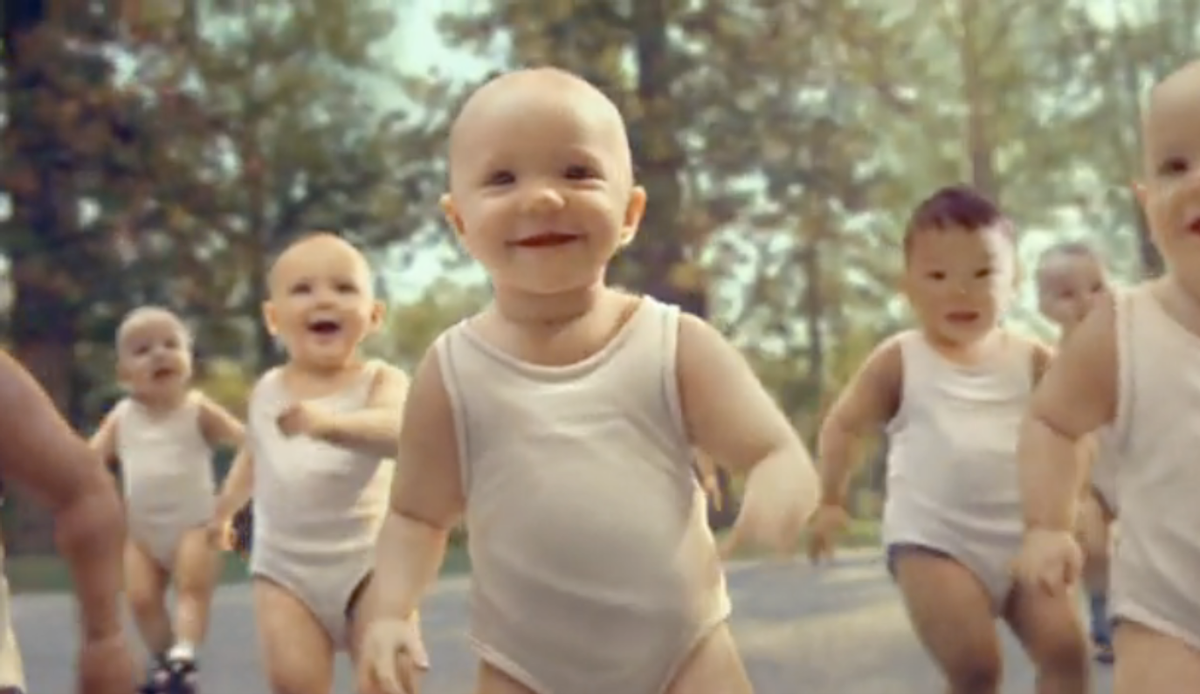 Who would have thought that sticking a bunch of computer-generated babies into rollerskates and having them dance around Central Park to "Rapper's Delight" is a genius way to sell bottled water? When Evian's French "Live Young" ad -- starring tykes in diapers doing pirouettes, jumps and hanging precariously off chain-link fencing -- hit the web in the summer of last year, it rapidly became a viral sensation, racking up a whopping 102 million page views. Now, Ad Age reports, the campaign has been deemed so successful that the babies are making their way on to American TV  (running in L.A. starting this week, and New York starting this summer).

It's hard not to love the concept: A perfect blend of special effects, adorable babies, and general weirdness, topped with a healthy dollop of camp -- a great example of the way the internet is spurring creativity in marketing. Get ready to have a conversation with your internet-illiterate grandma about those darn babies and their darn rollerskates -- because this might just blow her mind.