What's it like being caught up in the reported hold on adoptions to the U.S.? One woman tells all 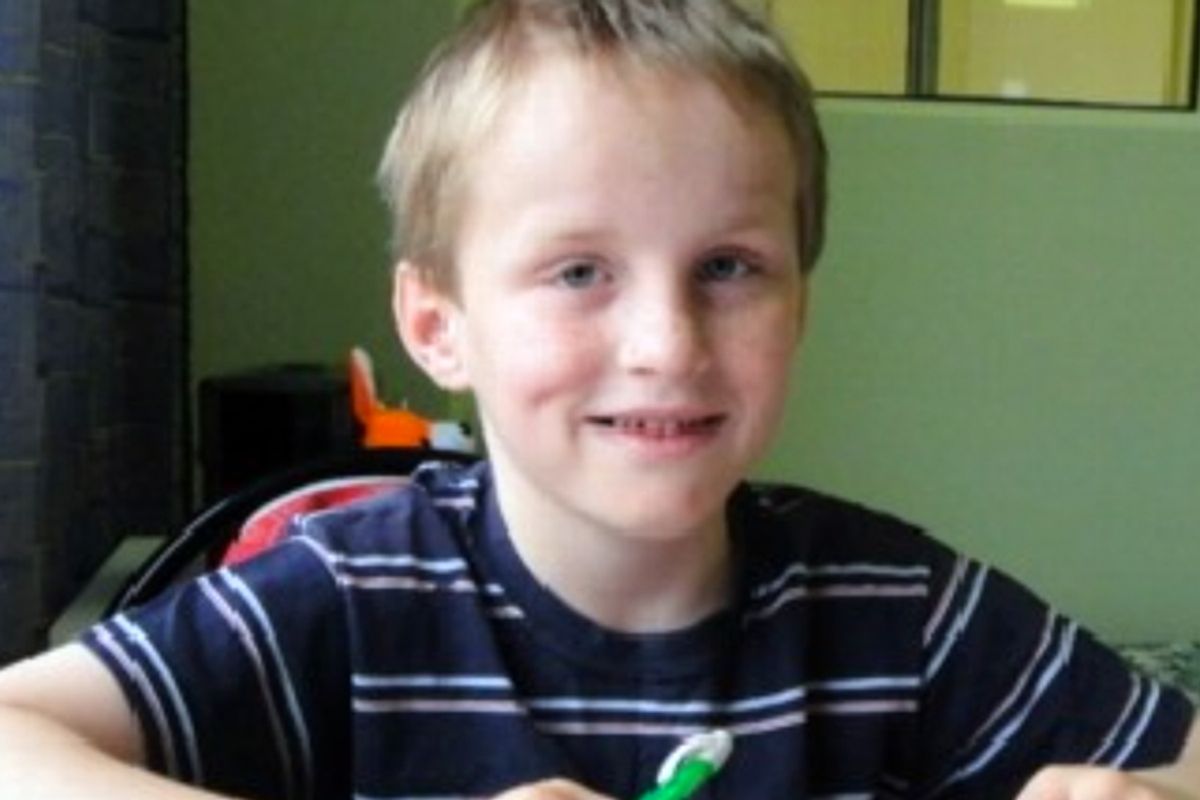 Artyom Savelyev, the 8-year-old boy whose American adoptive mother sent him back to Russia last week.
--

It came like a slug to the chest. On Thursday, Rebecca got word that Russia had indefinitely suspended all adoptions to the United States. For nearly a year, she and her military husband, Brandon, have been raising money, taking out low-interest loans, doing research, undergoing extensive background checks, hosting social workers at their home, and preparing some 60 or so signed and notarized documents — all in order to bring home a sister for their 2-year-old biological daughter. Now, because Torry Ann Hansen of Tennessee decided last week to send back her 7-year-old adopted Russian son on an airplane by himself, their adoption is in limbo.

Rebecca and Brandon are just one of an estimated 3,000 American families currently caught up in the Russian adoption process. Would-be adoptive families — some who have already met the children they hope to adopt — have been left to sort through conflicting reports on just where things stand. A Russian Foreign Ministry spokesperson said Thursday that all adoptions were halted, but the Education and Science Ministry reported Friday that there was no official hold on adoptions, as did a spokesperson for the U.S. State Department. Some clarity is expected next week after a U.S. delegation meets with Russian officials on Monday and Tuesday.

Rebecca — who asked that her last name and other identifying information be withheld, out of fear that exposure could further muck up the adoption process — spoke with Broadsheet over the phone about what it's like to be caught up in the midst of this nightmare.

What has it been like for you and your husband during the media circus of the past week or so?

Adoption is a roller coaster, even without everything that's going on now — this just kind of adds to it. It's very stressful. We had our dossier done, as much as possible; it's translated, authenticated, all of that. We had hoped to leave tomorrow, but we pushed it another week and then another week. We finally managed to get the clearance [late yesterday] to fly, because our region [in Russia] shut down this week for a few days. We have our airline tickets now and will be leaving for Russia in about two weeks.

There have been a lot of conflicting reports about whether or not there is a hold on adoptions.

There's a lot of confusion right now. Some regions are continuing slowly with adoptions, some regions have shut everything down. Hopefully Monday, after the meeting between the U.S. State Department and Russia, there will be a bilateral agreement that comes out of that meeting.

I know people who have already been assigned court dates and have been allowed to finish out in their region. Some families were in Russia at the time [of the reported hold] and were sent home. Some regions have shut down completely. I know three families that are in Russia right now, and they were told by a judge that until he or she received clarification, they can't take their child home.

Are you concerned that the situation could change before you're able to finalize your adoption?

I have no expectations — I mean, we may end up having to postpone the trip. I don't even think I'm thinking that far ahead. I'm just looking to Monday and playing it by ear.

If you do make the scheduled flight, what do you expect the trip to look like?

Well, we should have the weekend to recover from jet lag. Then we would typically be taken to the Ministry of Education in that region and interviewed. They would present us with an official referral for a child, with the age, date of birth, and what their special needs are. We have specifically requested a child with special needs, which could mean they will need open-heart surgery or are HIV-positive. If we accept that referral, they will then write an authorization for us to visit that child at the orphanage.

What is it like going into this not knowing what you're going to get? It seems like such a leap of faith.

It is a leap of faith. There's a saying that with biological children, they're born in your body, but when you adopt, they're born in your heart. You need to realize, though, that these children do have special needs — sometimes not physical but emotional — and love alone is not enough. A lot of families see a photo of a child and fall in love, but when they get them home, reality sets in. Bonding takes time. You provide them with food and clothing every day — that's how it starts. It can take years to really bond and feel like you love that child.

What was your initial reaction to the Hansen story?

I've seen the desperation in a lot of families that have dealt with fetal alcohol syndrome and reactive attachment disorder, but I don't have the facts on this case. We've heard bits and pieces. If she was feeling desperation, I can understand it, but the way she dealt with it was wrong. There are other avenues.

Did this story worry you about what challenges your family might face?

Not really. We really went into this with our eyes open, what with all the research we've done. We've really learned a lot; it's why we requested a special needs child.

Do you think the adoption system needs an overhaul?

Yes. It isn't just Russia, though. I really wish the State Department would take a good look at international adoption as a whole. There is so much red tape right now. We need to get down to what is really important and make sure that we are monitoring families very closely after placement.

We need more mandatory education for adoptive families. A lot of families have a rosy picture going into it. The reality is that these are children coming to a strange country with strangers they may have met just a few times. They're unable to communicate for the most part and have been in an institution with a bunch of other children. These children are going to have issues. They're going to lash out sometimes. There are going to be times where they just cry and cry their hearts out — and that's best-case scenario. Through The Hague, there is mandatory education but it's very, very minimal.