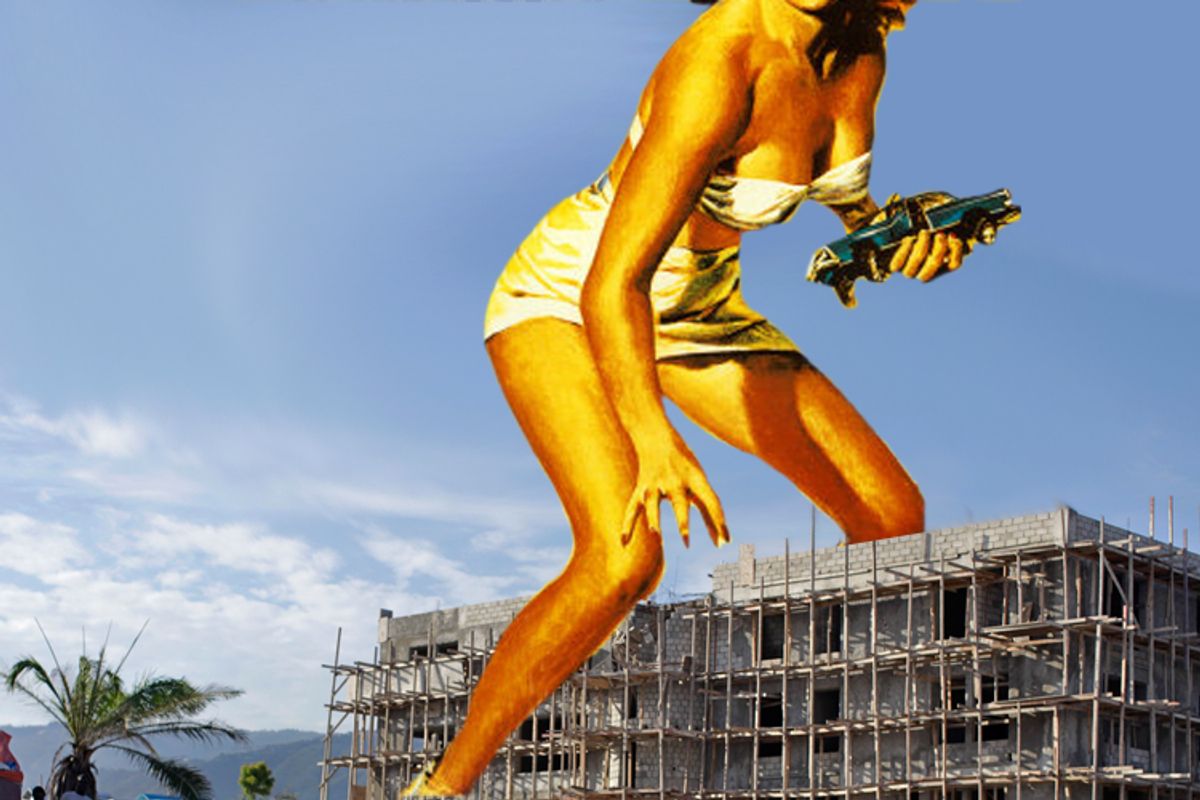 Amid all the recent speculation over what only feels like an unusual number of earthquakes around the world, an Iranian cleric has offered a novel explanation for the source of seismic activity: promiscuous women. Unless Iranians "take refuge in religion" and "adapt our lives to Islam's moral codes," they can expect to be "buried under the rubble," said Hojatoleslam Kazem Sedighi, a senior cleric, during Friday prayers in Tehran. As usual, these moral responsibilities are projected onto women's bodies: "Many women who do not dress modestly ... lead young men astray, corrupt their chastity and spread adultery in society, which increases earthquakes," he said.

Just two weeks ago, President Mahmoud Ahmadinejad predicted a devastating earthquake in the country's capital and called for "at least 5 million" to relocate. The thing is, Iran does sit on some major fault lines, and experts have long warned of a catastrophic quake in Tehran. This is scientific fact. Slutty women as the cause of seismic disturbances, though? Not so much. But when the capital does inevitably succumb to the Earth's rumblings, Sedighi will take it as proof positive of his divine prescience. At least, that's my own little prediction -- because, hey, why let religious zealots have all the fun.