The GOP says it opposes "perpetual taxpayer bailouts" in financial reform bill. But then Bob Corker told the truth 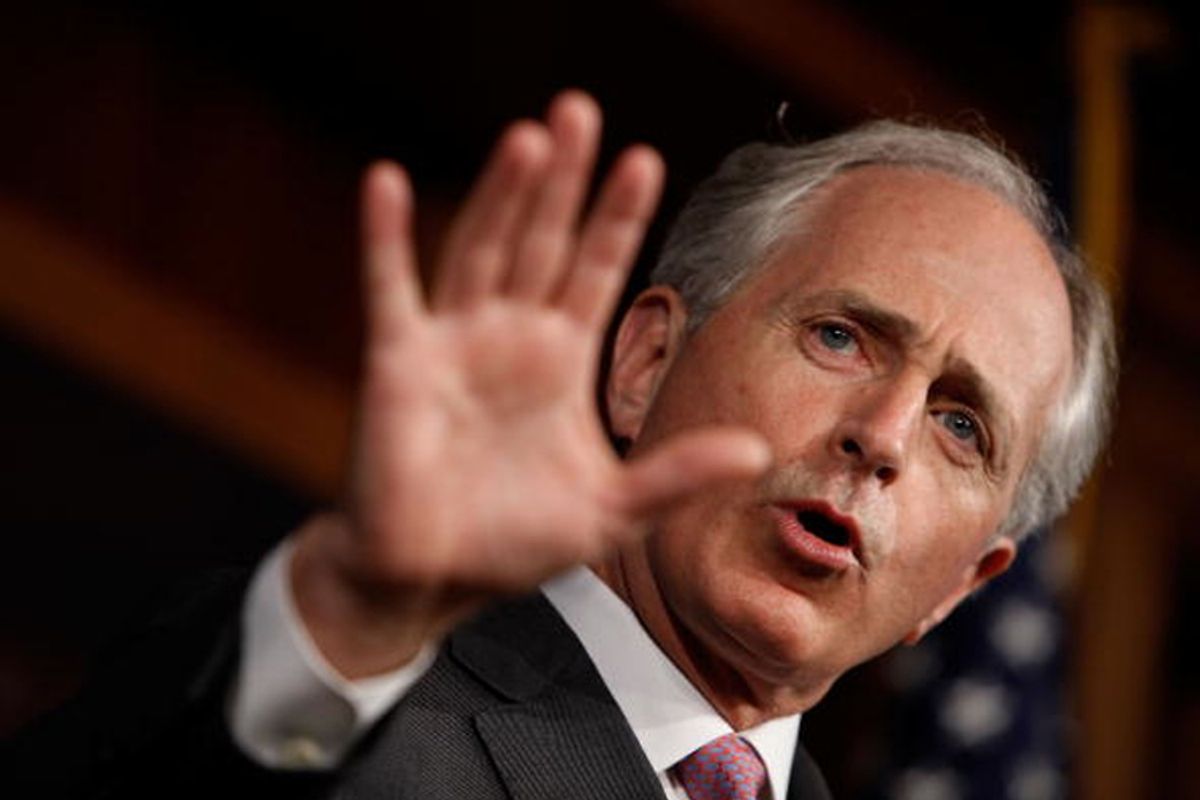 How many times will the Democrats fall prey to the same Republican strategy? There is nothing subtle about the Republican approach to frustrating reform, whether in healthcare, banking regulation or climate change.  Scarcely anything could be more obvious, indeed, than Mitch McConnell’s cynical obstruction of the financial reform bill, announced over the weekend, with an incoherent Scott Brown (and the rest of the Senate Republicans) lining up in formation against "taxpayer bailouts" that literally do not exist in the pending bill.

The underlying agenda on the Republican side, from the top down, is to frustrate and humiliate the president and the Democratic majority -- and to ensure that no legislation passes. They typically begin with a memo from Frank Luntz, outlining rhetorical tricks that will be used to mislead and anger voters, while obscuring the true content of any proposal that Democrats might consider.

At the same time, Republicans on the relevant committees simulate bargaining over matters of substance with their Democratic counterparts, which is what the civics books tell us they are supposed to do, of course. But when a bill emerges and debate is scheduled to begin, McConnell stalls the process by threatening a filibuster, due to allegedly unacceptable features of the legislation or an alleged refusal by the Democrats to consult with Republicans. His false claims are aimed at a single objective: to justify the filibuster threat.

Now this strategy is easy to implement at almost no political cost, because the public is distracted, confused and distrusting of both political parties as well as the media. The outlines of reality are not as clear-cut as the crisp phrasing of Luntzian propaganda, which relies on tropes of three or four words to crystallize opposition framing.

And old principles that once governed the behavior of Congress, and especially senators, have been discarded. In the Republican bloc, partisan maneuvering trumps personal independence and honor at the command of the leadership.

The latest example is Bob Corker, R-Tenn., a freshman member of the Senate Banking Committee who took over the task of "negotiating" a financial reform bill from the ranking Republican, Richard Shelby, R-Ala., who grew weary of the game. Corker’s conduct exemplifies the Republican strategy (which, in fairness, he may not have fully understood until last week). Having spent months working on the bill with committee chairman Chris Dodd, D-Conn., Corker suddenly found himself vowing to support a filibuster over provisions in the bill that he had helped to write.

The issue of how to shut down large financial firms without a taxpayer bailout and without damaging the nation's economy was precisely the issue Corker had spent the most time negotiating with Dodd.

In the wake of McConnell's withering attacks on the bill, a distressed Corker took to the Senate floor Wednesday to defend his efforts while trying not to offend GOP leaders.

Knowing that his leader's complaints about perpetual taxpayer bailouts were wrong -- and that McConnell knows it too -- Corker tried to be careful. But he could not quite bring himself to endorse the leader's falsehood. The $50 billion fund created by the Dodd bill to wind down failing firms would be drawn from the banks and financial companies, not from the Treasury. "That's all industry money," said the Tennessee senator. "To classify that as a bailout fund, in fairness, is not intellectually pure."

But Corker did not appear terribly embarrassed by his own contortions. He told Gannett News that he feels "energized" and "liberated." He can help to write a bill and then sign a letter threatening to filibuster that same bill, while acknowledging that the stated reasons for the filibuster are untrue. Nobody in the national press corps will call him to account for that glaring contradiction. And nobody in the press corps will ask McConnell to explain why the Republican senator with the most expertise on this bill has said, as diplomatically as possible, that McConnell is lying.