Movies. Albums. Fragrances. A clothing line. And a husband and two children. How Jennifer Lopez manages all. 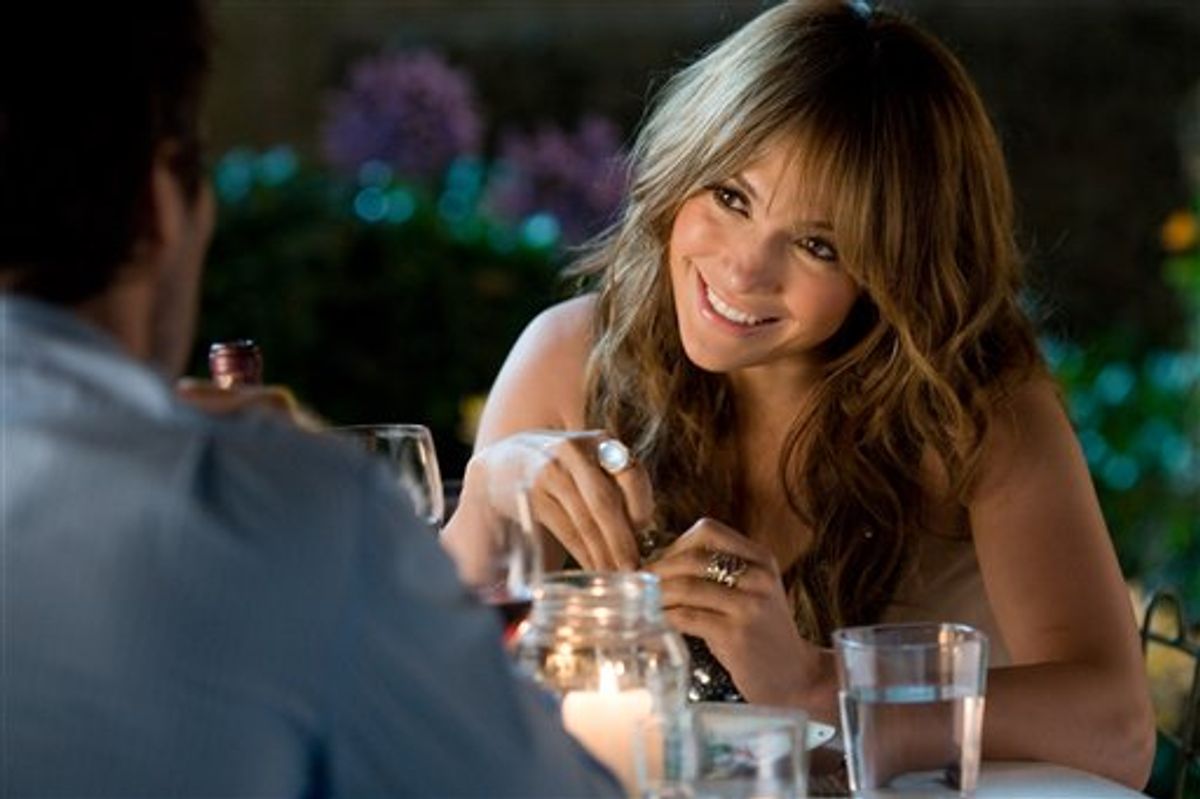 In this film publicity image released by CBS Films, Jennifer Lopez is shown in a scene from, "The Back-Up Plan." (AP Photo/CBS Films, Peter Iovino) (AP)
--

"This movie is about a woman who gets to a point in her life," Lopez says. "She's successful ... She has a full life. But, at the same time, she hasn't found that person to share her life with and to have a family with, and so she decides to do it on her own. She decides to have a baby on her own."

The film, opening Friday, is part of the mid-life movie genre that has served actresses well of late, including such blockbusters as "The Proposal" and "It's Complicated," starring Sandra Bullock, 45, and Meryl Streep, 60, respectively. "The Back-up Plan" marks Lopez's first film since turning 40 last July.

"It is a great time to be an actress," Lopez said at a recent convention of theater owners in Las Vegas. "It seems like you can work and do anything at any age ... It's a great time that people are just seeing people's souls."

"It's not so superficial anymore," the actress continued. "Women have proven that they are viable in this business, as well, and it doesn't matter if you're not 21 years old. It just matters that you're great at what you do. And that's exciting."

One thing in the film she couldn't relate to: the last act's big (and hilarious) water-birthing sequence.

"No!" Lopez laughed. "I didn't have any water birth. I was in a hospital. It was a much more controlled atmosphere: no singing, no drums. But there was a little bit of music. But other than that, no similarities."

In addition to making a movie and caring for her children (with musician-husband Marc Anthony), Lopez continues to run her empire, which also includes a fragrance line, clothing and music.

And the music will keep playing for Lopez, though not at longtime label Sony Music, which she amicably left earlier this year.

"I had done seven albums with Sony, believe it or not," she explained. "We had a great relationship, and we sold a lot of records, and the company, you know, has changed a little bit, and I just thought it was time for a fresh start."

For movies, however, the star has gone back to her roots, returning to the romantic comedy genre that made her a bankable movie star with film's such as 2002's "Maid in Manhattan" and "Shall We Dance?" in 2004.

"Love is an endlessly fascinating subject for me," she noted, with a laugh. "I love to watch movies in bed with Marc -- romantic comedies, much to his chagrin. He doesn't love them, but he puts up with it. Those are our date nights."