A jailed banker explains why banks still run the world 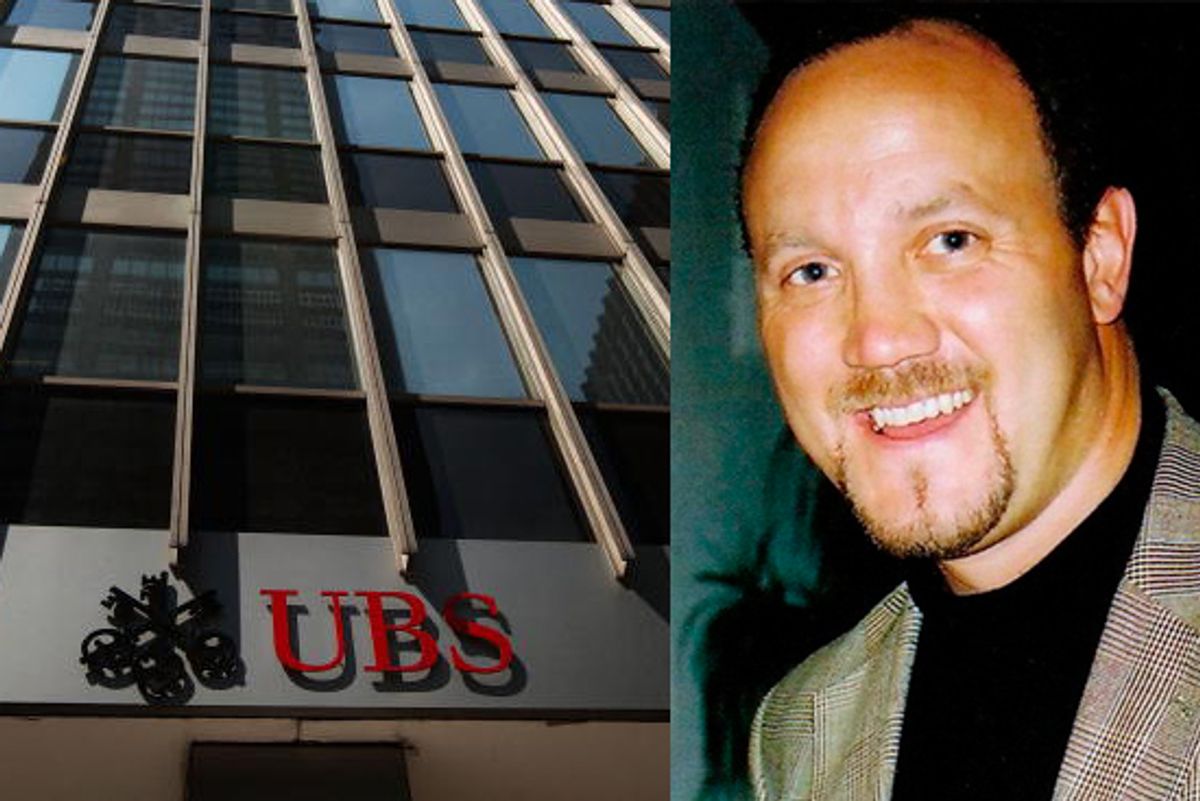 With Senate approval of crucial banking reform legislation increasingly in doubt, it is all too clear that the felonies and blunders of the world’s financiers have done nothing to reduce their political domination. Even UBS, the Swiss banking giant that pleaded guilty last year to abetting tax evasion and paid a $780 million fine, can still put in the fix, according to Bradley Birkenfeld, the former UBS banker who helped to expose the tax-avoidance scheme. In recent interviews with the New York Daily News and  Reuters, Birkenfeld claimed that U.S. political figures are among secret UBS clients whose names were supposed to be turned over to IRS and Justice authorities in a settlement of federal charges against the bank last year. He says that's why he is the only UBS employee currently doing time in an American prison, although he has assisted the U.S. government in recovering billions of dollars from crooked UBS clients --  of whom thousands came forward last year under an IRS amnesty program.

With considerable justification, Birkenfeld has complained bitterly about his treatment by the government for many months and tried  to have his sentence reduced last winter. Now seeking clemency from President Obama, Birkenfeld insists that UBS friends in high places are still using their clout to protect the bank and its clients from the full consequences of its covert war against the Treasury. The ex-banker told Reuters that is why only he, among dozens of UBS bankers and clients implicated in the enormous scheme, is currently incarcerated at a federal facility:

"Where are all the people that are politically connected in Washington that had accounts at UBS?" Birkenfeld asked. "I'm telling you this is a political cover-up. Why is it that the whistleblower is the only guy in jail? I mean, this is insanity," he said.

Stephen Kohn, the executive director of the National Whistleblowers Center who is serving as one of Birkenfeld's attorneys, described the political power of UBS as "massive," because the bank has "purposely put in high place politicians or former politicians." Of course, the most notorious politician associated with UBS is former Texas Sen. Phil Gramm, the firm's vice chairman, who became a severe embarrassment to his old pal and Republican presidential nominee John McCain in 2008.

Many observers have wondered why Gramm, whose wife, Wendy, was once an ornament to the board of Enron Corp., continues to be employed by the Swiss. But perhaps he is there to remind the senators and representatives he left behind on Capitol Hill how rewarding retirement can be for politicians who take care of the banks.

Amplifying Birkenfeld's accusations are the millions of dollars that UBS distributes regularly from Basel and Lugano to Capitol Hill. Amazingly, many politicians who claim to represent the public interest take this money. Ken Silverstein, who has diligently followed the economic and political depredations of UBS for years, asked the most pertinent question long ago: Why would any decent elected official in this country still accept a dime from this outfit?