There is no liberal Rush Limbaugh

I didn't have a Sarah Palin moment when asked to name one. My silence was my answer 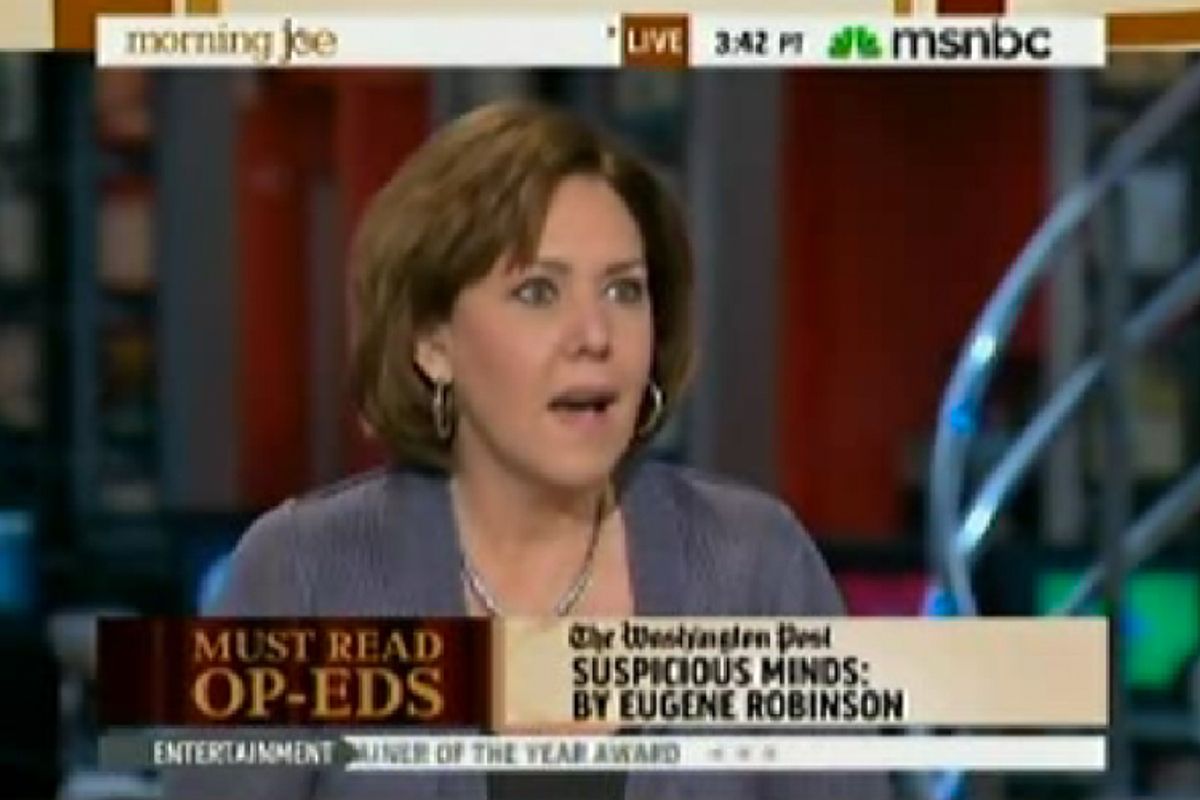 I'm traveling this week so blogging is light. But I'm compelled to comment on the way the right is hyping my Tuesday appearance on "Morning Joe."

First, thanks to my friends at Newsbusters. It's nice when my videos go viral. But Newsbusters and its devotees drew an awfully weird conclusion about my conversation with Mika Brzezinski and Joe Scarborough yesterday morning.

I'm the one who posed the question: Scarborough suggested that reasonable folks on the left (that's me) and the right (that's Joe) ought to denounce the extremists in their own camp. I asked him whom he thought I should denounce, because I don't think there's anyone on the left as consistently cruel, divisive and wrong as Rush Limbaugh or Glenn Beck. But my question wasn't merely about media: The problem on the right includes extremists who've made death threats against Democrats like Patty Murray, Bart Stupak, Nancy Pelosi and, of course, President Obama. There's no one on the left posing the same threat to leaders on the right -- or if there is, I'd like to know about it. (The whack job who threatened the folks who made the movie "Babe," along with Obama and GOP whip Eric Cantor, doesn't count.)

Joe and Mika acted stunned that I couldn't name anyone equally extreme myself, and the goofballs on the right are interpreting it as they stumped me, kinda like Katie Couric stumped Sarah Palin when she was asked to name a newspaper she read, or Beck stumped Palin when asking her to name her favorite Founding Father ("all of them" wasn't the right answer).

Of course, that's stupid. I didn't name anyone not because I was stumped; it was because in my opinion, the violent rhetoric is coming from the right, not the left. It's not Nancy Pelosi who's telling her San Francisco constituents they need to be "armed and dangerous" to fight their political enemies; that's Michele Bachmann. There isn't anyone in liberal media as consistently vicious as Beck or Limbaugh. Now, the lads at Newsbusters are providing their own names, but I wouldn't compare anyone they mention to the two right-wing titans of hate.

I didn't have a moment of ditz; I answered their question with my silence. My friends at Crooks and Liars have a different take on it all, here.

In happier news, I'm on a train to Princeton right now to talk about women and politics Wednesday night with some of my favorite women: North Carolina State history professor Blair Kelley, Princeton's Melissa Harris-Lacewell and Culture Kitchen blogger Liza Sabater. If you're in the neighborhood, come visit.