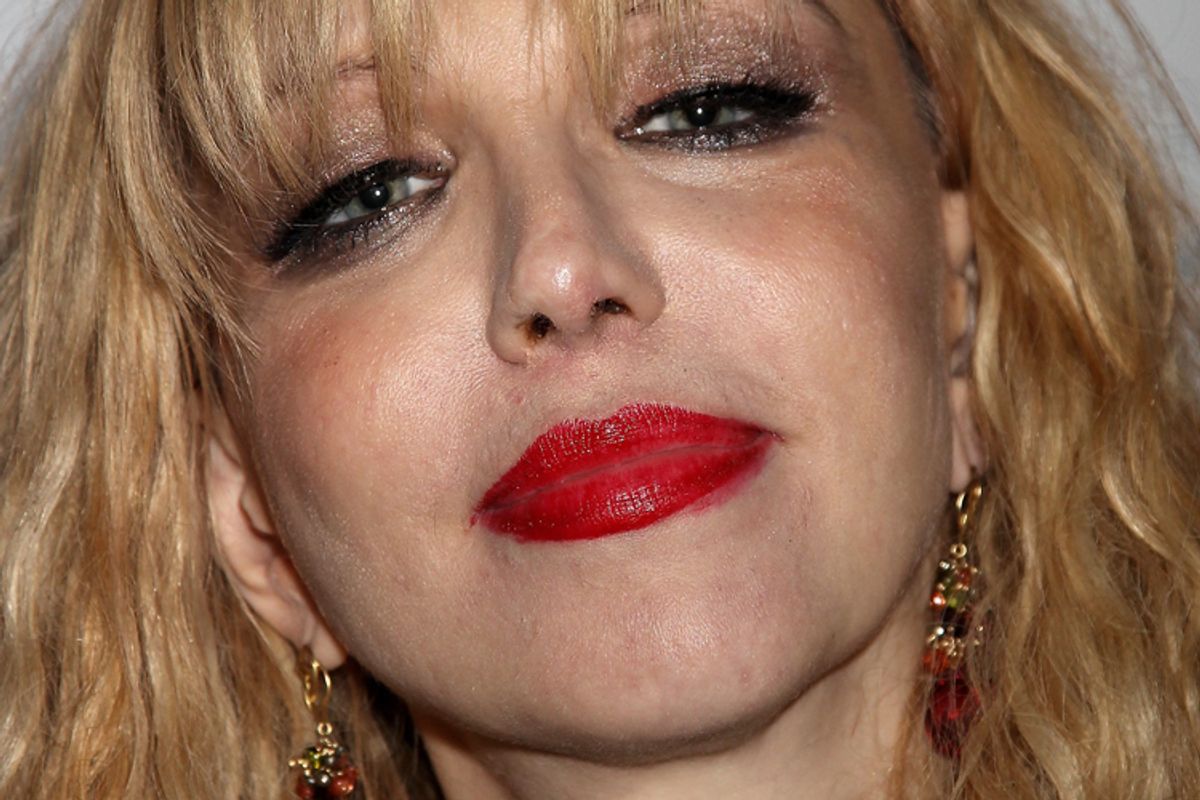 Courtney is all out of Love. That's right: One of the most recognizable women in music is changing her iconic pseudonym. Now, the Hole frontwoman and pop-culture whipping girl only wants us to call her "Courtney Michelle." In an interview with the NME, she explained her reasons for chucking "Love" and replacing it with her given middle name: "The name Courtney Love is a way to oppress me," she said. "We've all decided we don't like her any more ... We love her when she goes onstage, but I don't need her in the rest of my life."

The name change is certainly a bombshell, and given that Love/Michelle broke the news less than a week before the release of Hole's new album, "Nobody's Daughter," it's easy to paint it as nothing more than a publicity move. But it also speaks loudly to what has always fascinated me about Love -- what has, in fact, made it totally impossible for me to join the swelling ranks of those who would vilify or ridicule her.

For the nearly 20 years that Courtney Love has been in the public eye (and, if her biographers are to be trusted, long before that), she has been obsessed with reinvention. Her lyrics -- from "Doll Parts'" immortal "I want to be the girl with the most cake" to "Celebrity Skin's" thesis statement, "Oh, make me over," to "How Dirty Girls Get Clean," a track from "Nobody's Daughter" that was also the album's working title -- are full of ambitious avowals to start fresh, to finally shed her vices and become perfect. In her (very) public life, she never stops oscillating between debauched, destructive, embarrassingly outspoken rocker/drug addict/widow and cleaned-up, Versace-clad pop star with a fondness for Buddhist chanting. She gains weight and loses it; she can't decide whether she loves her anger or hates it; she goes on Twitter rampages and then openly chastises herself for losing her cool. But none of her radical changes or prudent reforms ever seem to stick.

And perhaps this is why she and her music have always been most attractive to young women. What are (most) girls' teen years if not a struggle to reconcile the person we are with the person we want so badly to be? To hate her or poke fun at her is to hate or poke fun at our own young, vulnerable selves.

Like so many of us, no matter how hard she tries to invent and inhabit new and superior identities, she always remains the same, old Courtney Love, with all the weaknesses and excesses that implies. And it's this tragic inability to tame her own personality that makes her unique: In a music industry full of smooth-operating Madonna clones, constantly transforming into new, compelling but never quite authentic versions of themselves, Courtney Love will always be Courtney Love, no matter what she wants us to call her. And don't be surprised if she's back to "Love" before the week is out.