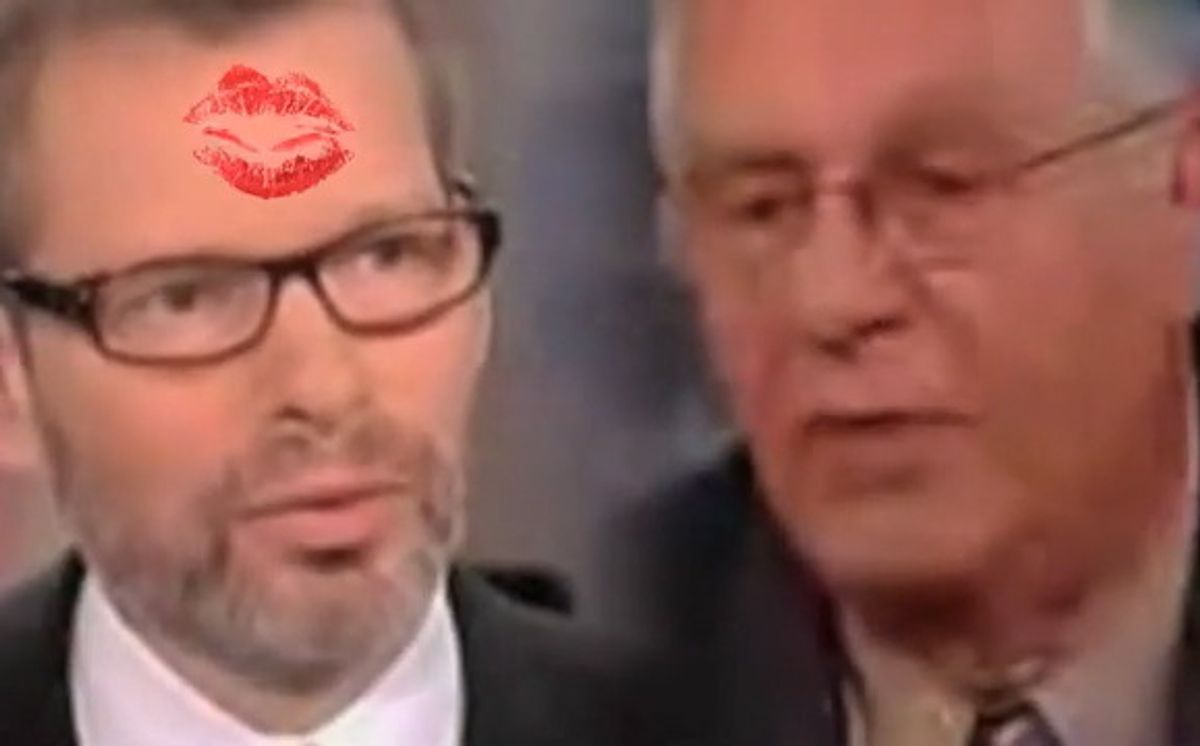 That sonorous Geico voice has been silenced for talking politics. DC Douglas -- the guy who deeply intoned Geico's rhetorical questions -- left an anti-Tea Party phone message for the listening pleasure of FreedomWorks. Douglas inquired after the percentage of "mentally retarded" Tea Party activists  (at least he didn't call them cavemen), then wondered how FreedomWorks would "spin it when one of your members actually kills somebody." This led  FreedomWorks to trace the call to Douglas -- who had helpfully left his number, and identified himself as "Lance Baxter."  FreedomWorks' Matt Kibbe then posted Douglas' cell number on biggovernment.com, which caused Douglas to get harassed and ultimately sacked.

None of this hubbub prevented Douglas from making light of the situation in his own riveting little video: