"Kapitoil": Before 9/11, a Qatari comes to America 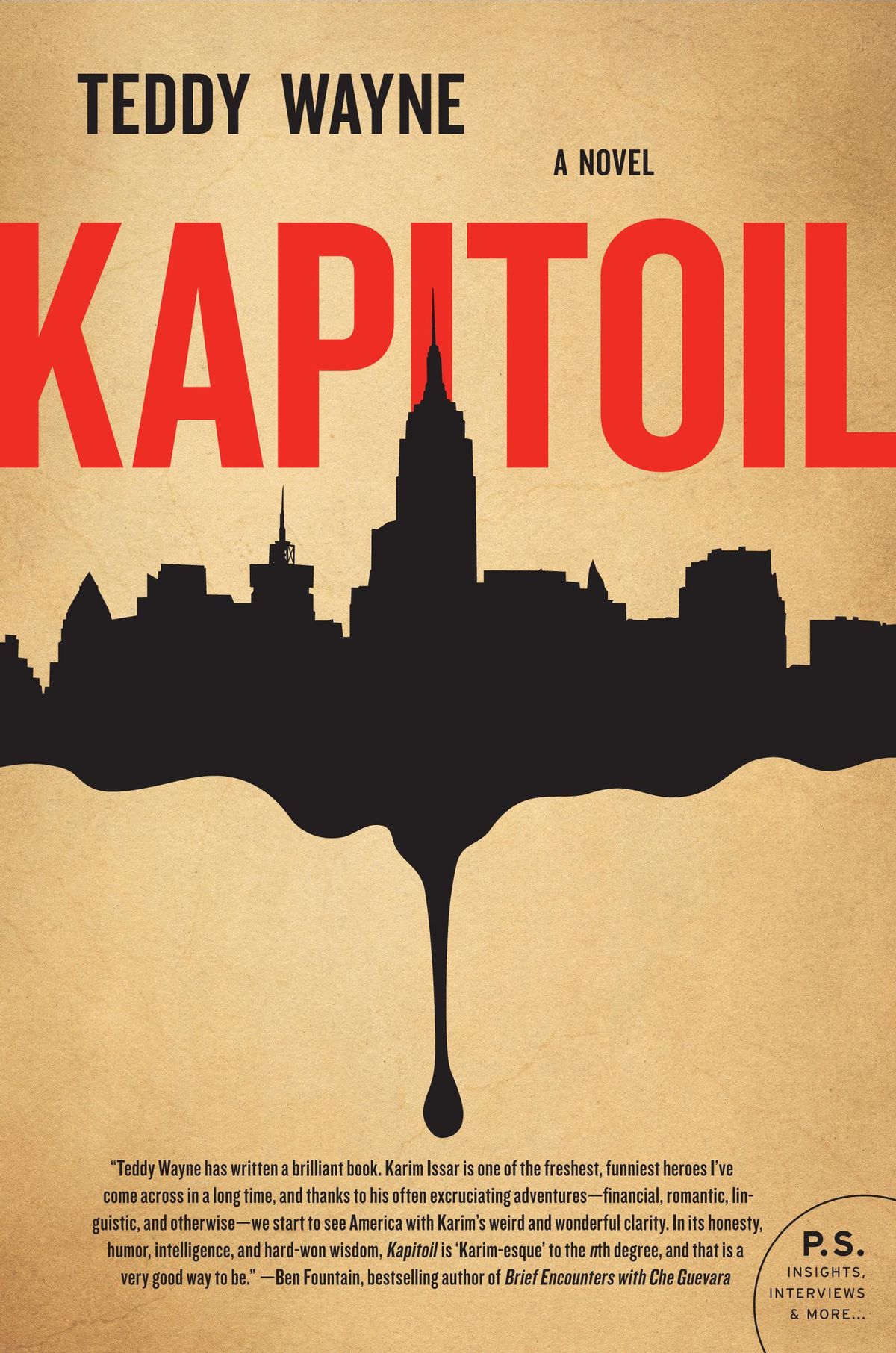 Every once in a while, you encounter a character in a work of fiction who feels like such a real person, such a friend, that once you finish the book, you miss having him around. Karim Issar, the protagonist of Teddy Wayne's captivating debut novel, "Kapitoil," is such a character. When we first meet Karim, a gifted computer programmer from Doha, Qatar, he is en route to New York City, flying in to help the financial services firm he works for, Schrub Equities, survive the Y2K bug. The year is 1999, and "Kapitoil" reminds us that pre-9/11 New York was not quite as innocent as we may remember it. Karim hungers to get ahead in that high-stakes world. After all, he has a younger sister back home to take care of, and business success would, as he puts it, "certify Zahira and I had sufficient funds for the future." But how much is he willing to compromise to do so?

Karim's story, told in diary format, is compelling; his voice makes the book a standout. Working to improve his grasp of American idiom, Karim carries a voice recorder everywhere so that, later, he can look up expressions he doesn't know. "This will help me to study the American voices I hear and to transmit their conversations without error," he tells his teenage seatmate on the flight over the Atlantic. Karim also notes that the journal will help him to remember. "I have a robust memory for some details, but it is complex to continue acquiring data and archive them all," he observes, "and even now I am forgetting some older memories, as if my brain is a hard drive and time is a magnet."

The reader comes to share Karim's fascination with language, and to be thoroughly charmed by his "Karim-esque" phrasing -- as well as his perspective on American culture. Who could resist rooting for a character who finds inspiration in Jackson Pollock's paintings and Leonard Cohen's lyrics, and who describes a cloying Christmas movie as "unrealistic and false although it still made me feel slightly enhanced"? Wayne has given us a character to adore and a book that leaves us feeling, as Karim might say, greatly enhanced.